The fifth Sunday of the month, when it occurs, is an occasion when the “bngbirds” umbrella birding group of Bangalore does not have an organized bird walk; it’s time for most of us to earn back some brownie points, or at least get out of the doghouse, by attending to home,families, and other social commitments.

But alas, alas, several of us don’t heed the call to redemption. When Sangita S Mani, who works for Kanha Taj Safaris, told me that she’s in town, and that though she’s been working in Madhya Pradesh for about 12 years now, she’s not birded in Bangalore…it was too good a chance to pass up! Aravind, Padma, Ramaswamy, Srini and I bore her off to the Valley School area. 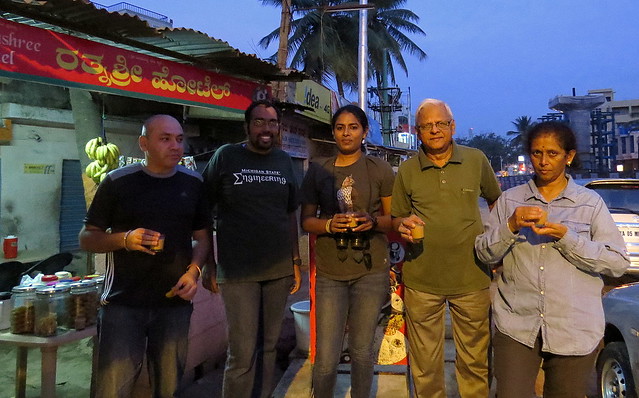 I never go to any destination with any particular bird or other sighting in mind. In general, I am content to see what comes my way. However, Sangita particularly wanted to see the Blue-faced Malkoha, and we hoped that this would not be the one day when the bird decided to skulk successfully in the foliage!

We started out with loud calls from the peafowl (though we never saw one of these birds throughout the morning), and carried on along the path, 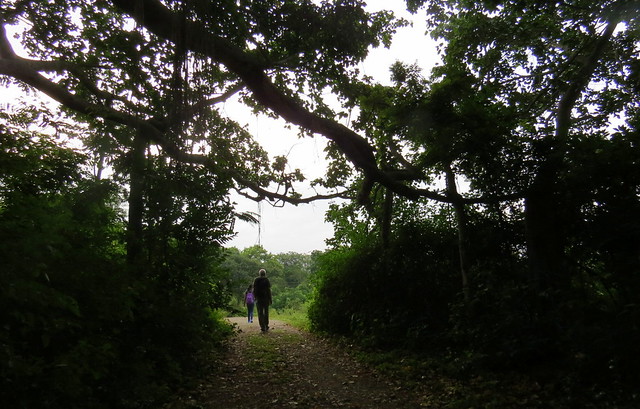 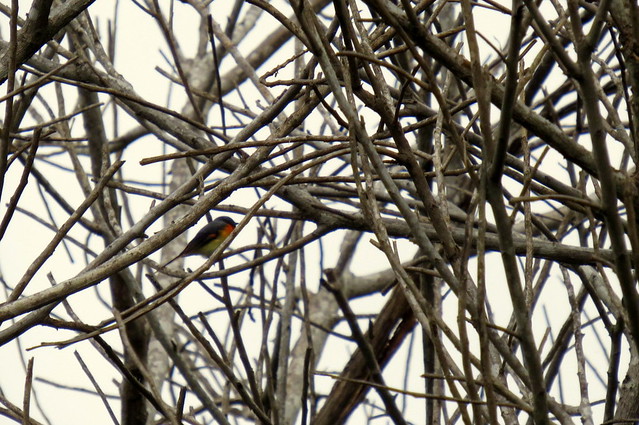 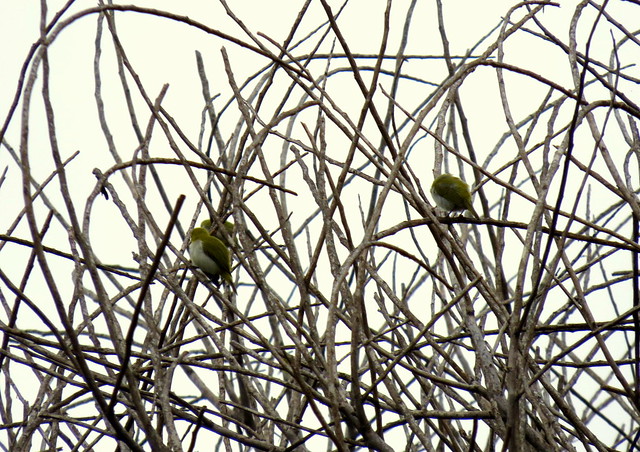 brought us just past the last banyan tree before the abandoned building. Though our names had been the first on the school register, by this time, several others had preceded us with their cameras and binoculars, and two of them were looking into an Acacia tree just beyond the stone seat in the field. “Sirkeer Malkoha,” said one of them, and yes, there the bird was…I was seeing it at the Valley after a long gap, and for some of my friends, it was a lifer, too. 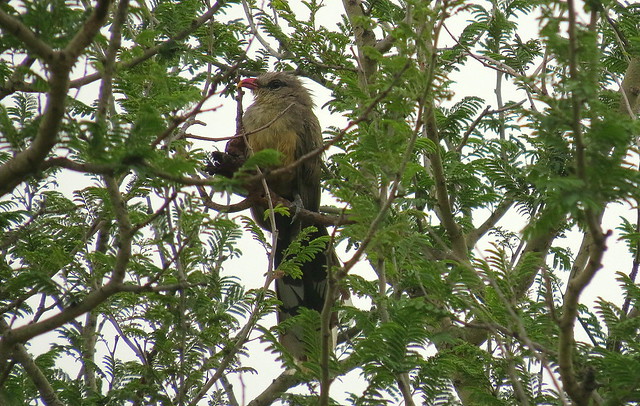 Just a little later, as we walked along looking up at the swifts and swallows swooping above us, the Blue-faced Malkoha also granted Sangita’s wish. 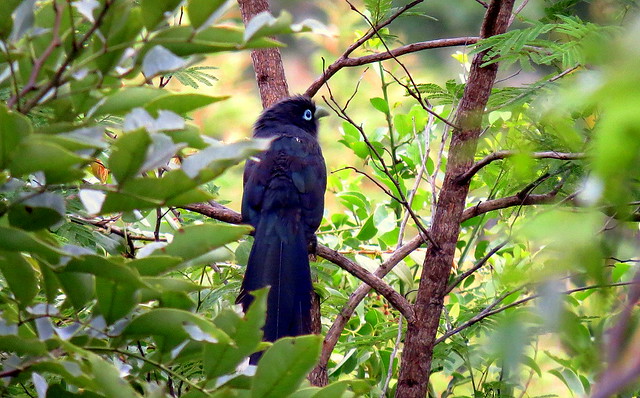 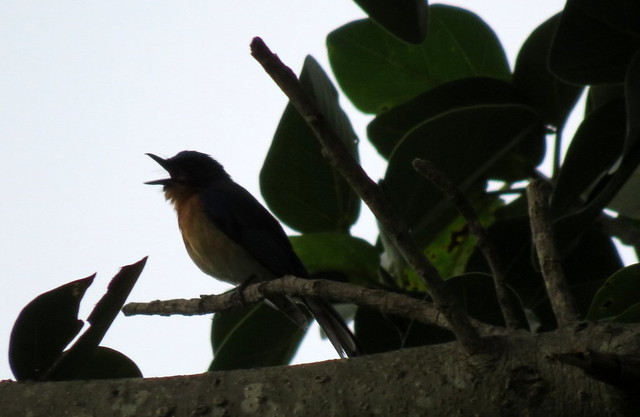 a dancing White-browed Fantail, and a Paradise Flycatcher with an almost-full tail, swishing itself rufously about, to our cries of “There it is…no, it’s moved…it went there…there it is now…oh, it’s gone!”

A White-naped Woodpecker was an uncommon sighting, as it worked its way along the bark of a bare tree. 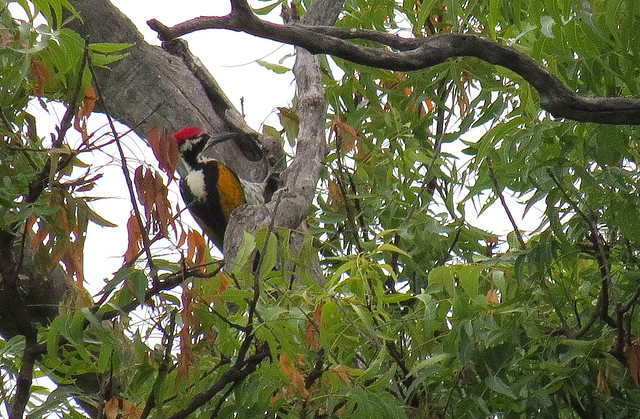 My friends had a great experience of a mixed hunting party, quite large, all foraging in the area near the wall, and were very happy with their observation of how the different birds fed together. In many Hindu cultures, we have the concept of the “samaaraadhana” where people belonging to all castes and communities have a meal together, and this was the birding equivalent!

The plants and six-footers caught our attention too. 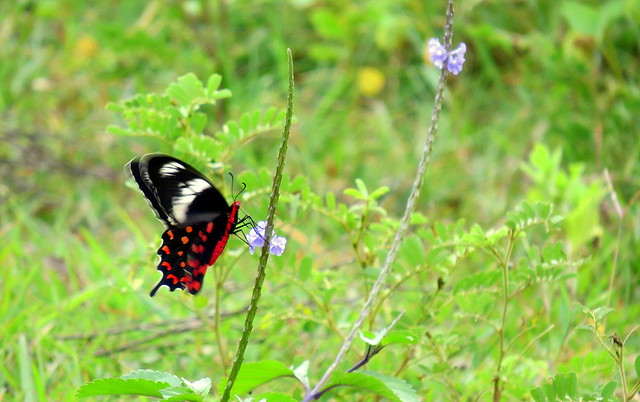 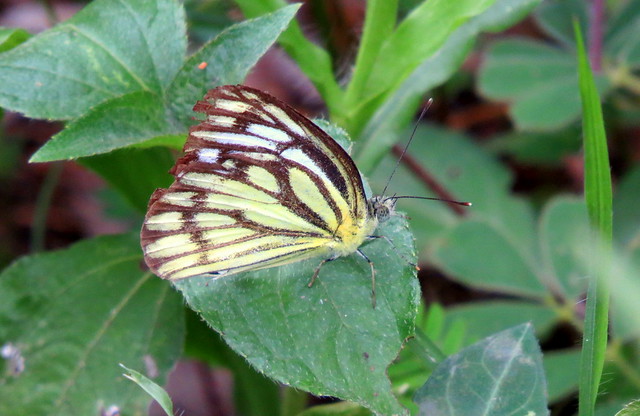 Psyche….it wanders about like the spirit (in Greek) it’s named after. 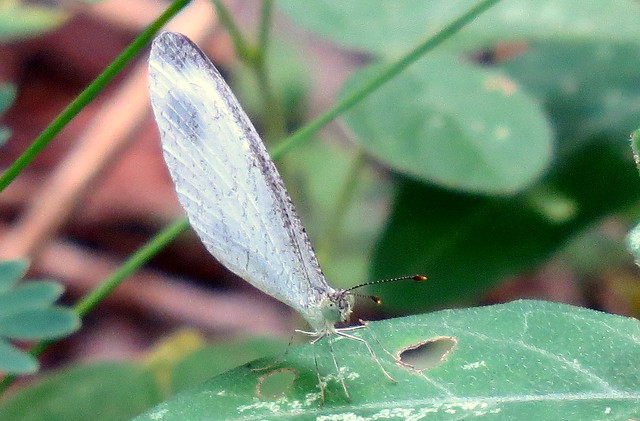 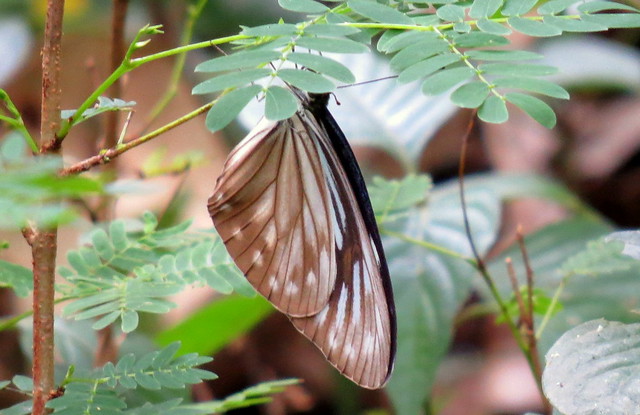 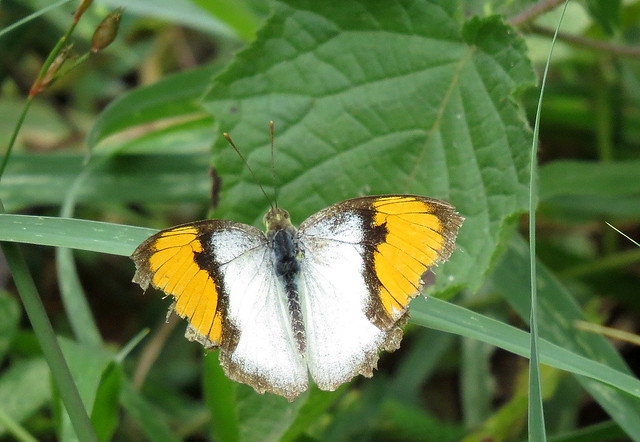 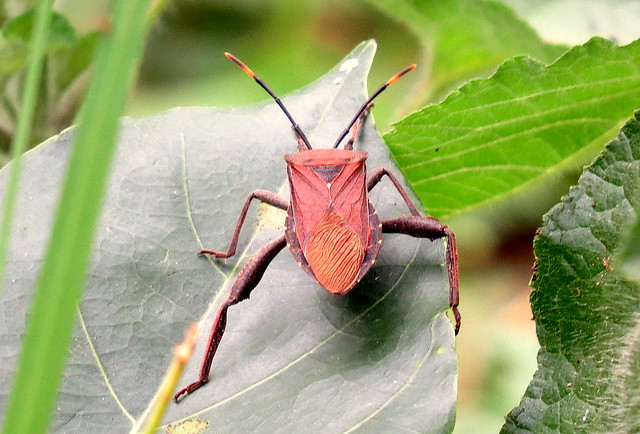 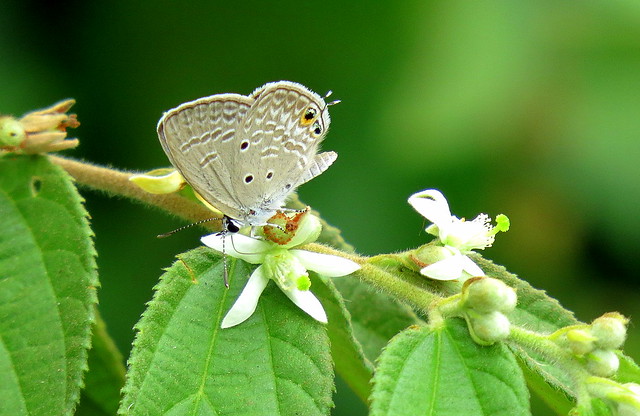 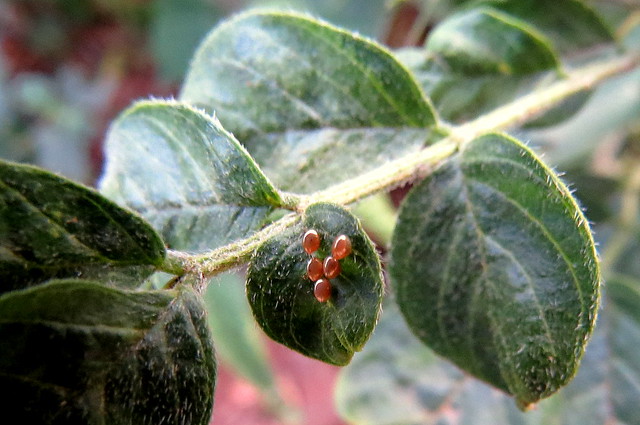 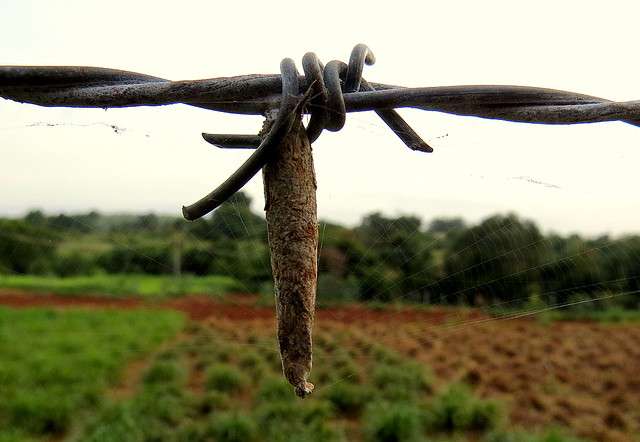 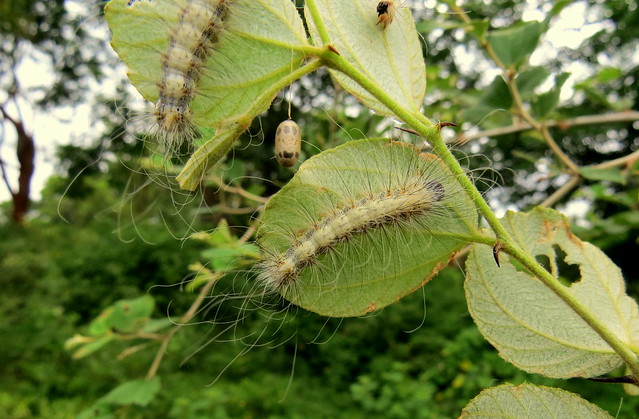 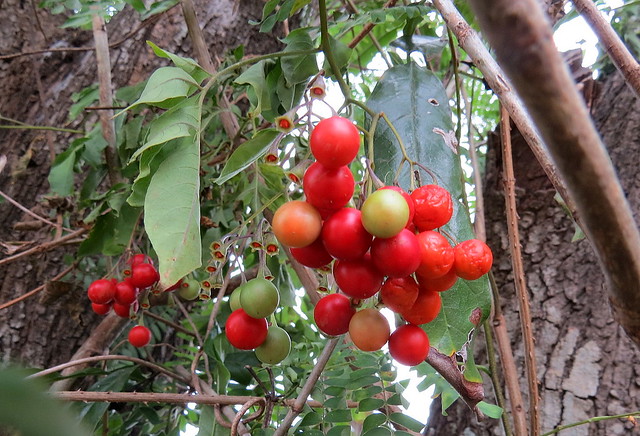 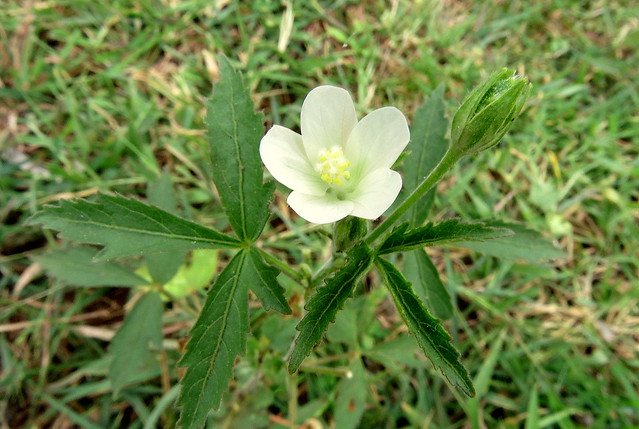 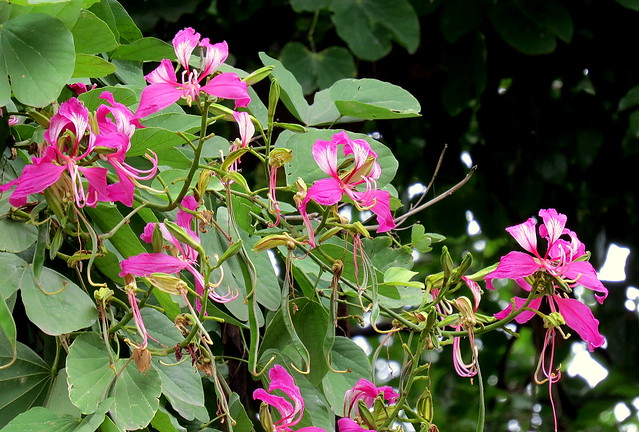 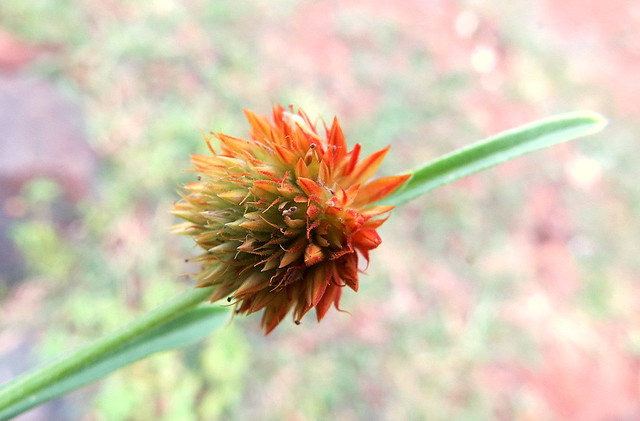 We walked into the bamboo thicket and heard another Tickell’s Blue singing; several babblers gave voice in the bushes on the way there. Raptors never fail to arrive when they can be seen for the shortest time, and a Short-toed Snake Eagle shot past the small gap between the bamboo leaves.

We decide to take a calorie break, and ate some pongal with roasted appalam. Some of us were scheduled to attend formal lunches, and I hoped to avoid the usual “brefus stop” on the way home.

(But of course, I wanted a bit of caffeine on the way home and when we stopped at Vidyarthi Grand, the coffee somehow developed into a proper breakfast! I am certainly not fast…on either expertise with the natural world, or with avoiding food!) 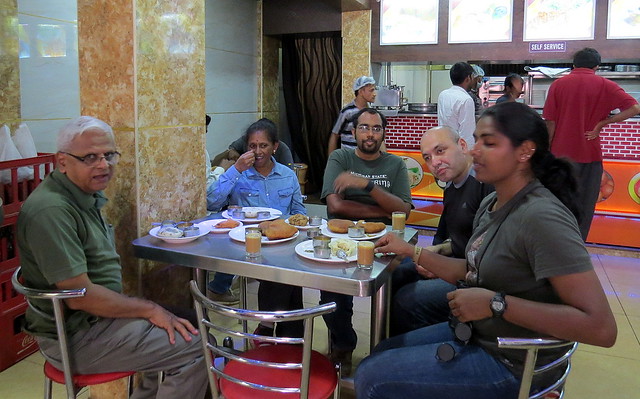 We were very like the seamen of old being led on by the Lorelei, as we walked towards where we felt the call of the White-rumped Shama was coming from. As we did so, Srini sighted an owl sitting high up on a tree; it flew away almost immediately, but we feel it was not the Brown Wood Owl, but rather, a Mottled Wood Owl (I’ve seen one often in the area behind the abandoned house, which is now walled off.)

The Shama treated us to a couple of sightings in the misty morning, 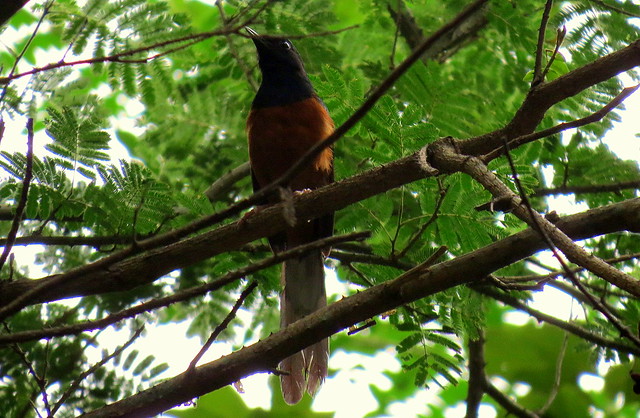 and full of its beautiful song,

we turned back towards the main gate, and so off towards what the Sunday held for each of us. Our hearts, binoculars, memory cards were all filled with images of the morning.

I have put up photos on my FB album 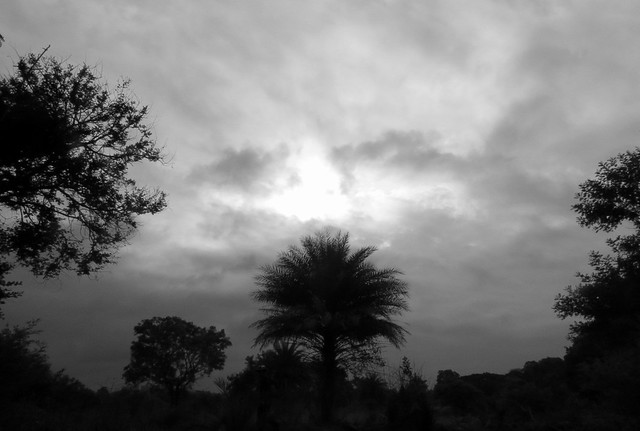