The first is the tweaking of the image to better the colours, contrast, saturation, sharpness, and other effects. The second is the active addition or removal of elements/images to or from the original photograph. The end result obtained, and its success as an image, is, I find, very subjective.

In either category, unless there is a situation where post-processing is specifically forbidden, or the RAW file must be produced, it’s entirely up to the viewer’s sense of aesthetics to rate the photograph as visually appealling, or not. I find, increasingly, images being post-processed to the point where they are more digital paintings than photography.

But as I repeat…this is entirely in the eye of the beholder, and as long as there is no intent to wilfully deceive the viewer, the image enhancement or manipulation is fine. It’s only if those images (like the five-headed snake that’s been doing the rounds for years!) are created to make a false statement, that the word “photoshopped!” (with that exclamation mark at the end) takes on a perjorative meaning.

Here’s a very witty image shared by my friend Vikram Bellur about one of the effects of post-processing: 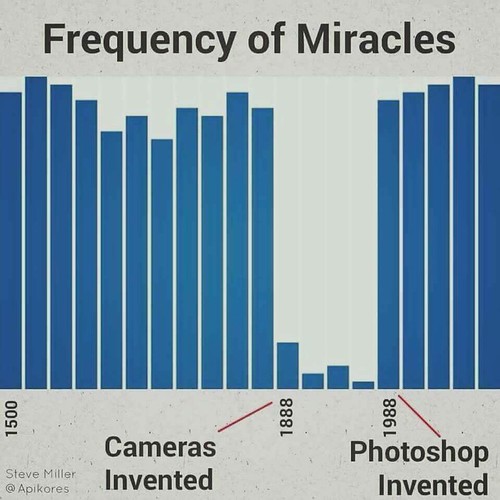 However, I do like the fact that post-processing is now in the hands of each and every photographer, instead of some guy dipping film into a stale chemical mix at some photo lab, and delivering images that either look in the pink of health, or are depressed and blue! And if I choose not to post-process, that rests with me, too.