It was still rather cloudy and overcast as several of us met at Vajrahalli Gate, on our way to the Turahalli Forest Trail, where a few more nature lovers from the nearby areas also joined us. 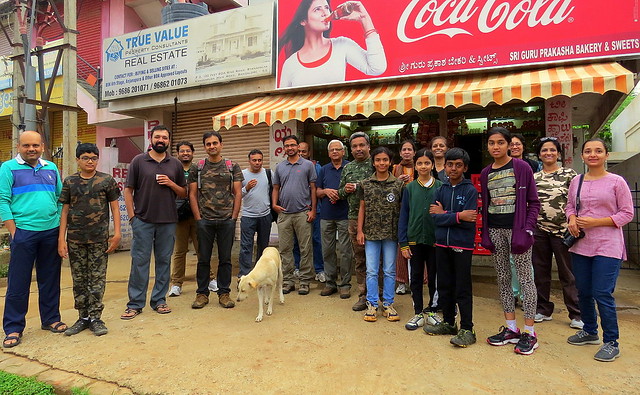 It was heartening to see that several children had joined the walk too! Keerthana had brought her friends Anvitha, Krishna, and Sahana; Subrahamanya C N and his wife Neha had brought their son Shreyamsh along. Many of the children kept meticulous notes in their notebooks. 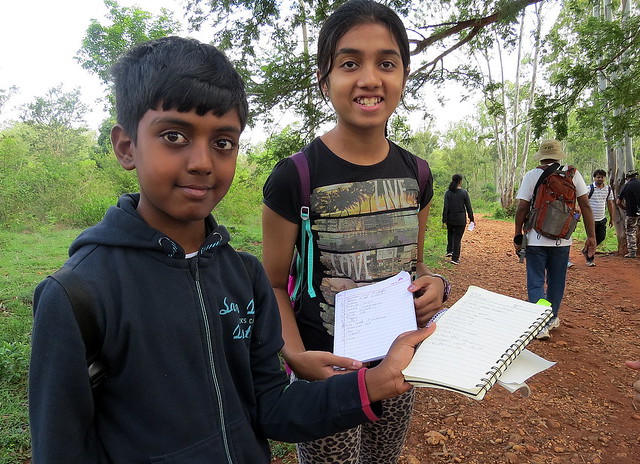 Ulhas introduced himself and talked a bit about the Turahalli forest, its earlier range and present confines. Prasad, too, joined us, and shared his knowledge with us.

As we slowly walked up the trail, Deepak decided that rather than go uphill, we would take the path skirting the base of the hill. 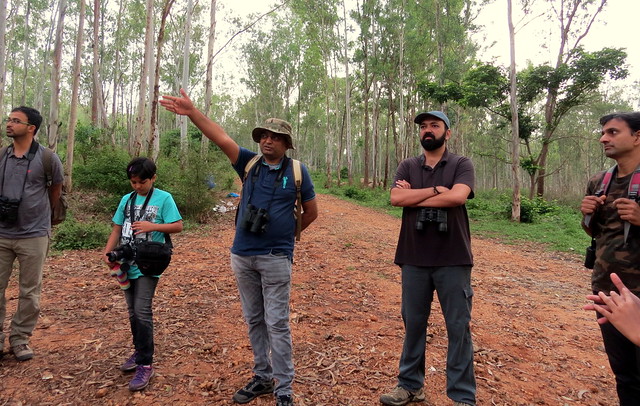 The usual gang of suspects, as we like to call the birds that one expects at a birding spot, turned up one by one…White-cheeked and Coppersmith Barbets, the Green Bee-eaters flying around as they hawked insects in the air, those who were more experienced pointed out the birds to those who were coming on an outing, or seeing the birds, for the first time. 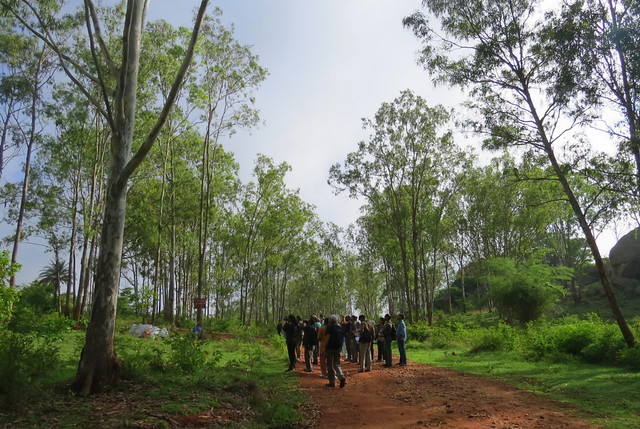 Nor were birds the only creatures of interest. Several of us were interested in the plants and trees that we passed; Ajit, Subbu and I looked at the tiny, beautiful flowers of what Arun Kumar N later told us, was the Byttneria herbacea, or Herbal Byttneria. 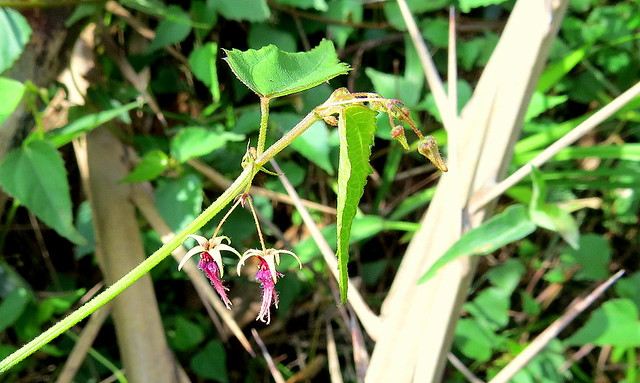 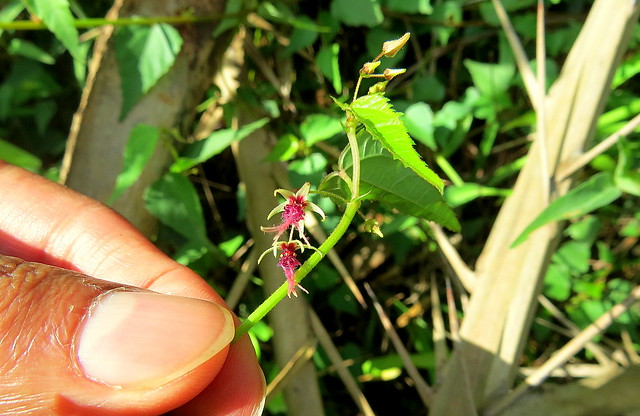 Some species of Clerodendrum, 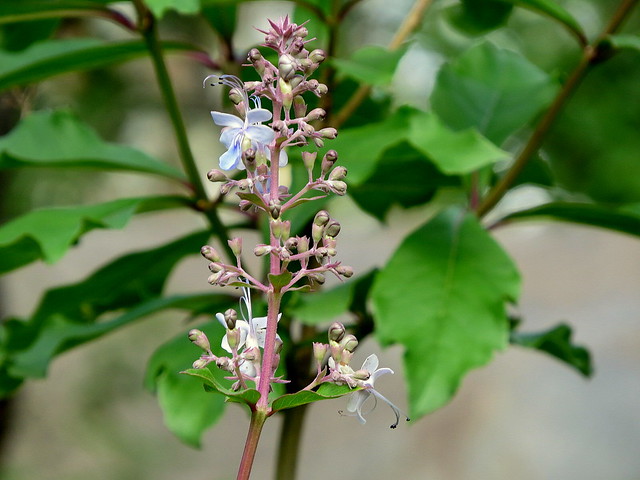 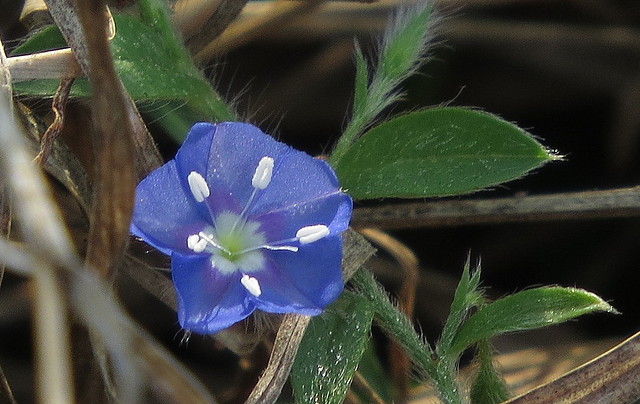 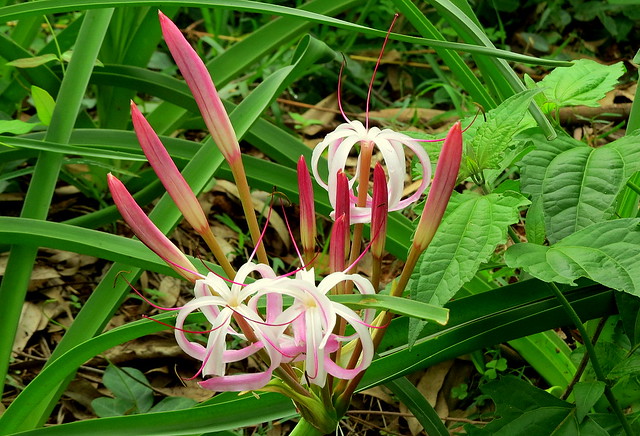 the children (and some of us adults too!) having fun watching the Touch-Me-Not (Mimosa pudica) close up its leaves when we touched it….all these added to the walk. On the trees, the summer flowers were slowly giving way to the monsoon greenery, but here and there, the Jacaranda still held on to its purple blooms. Tiny wild jasmine flowers starred the path and added the magic of scent to the sights and sounds.

The sounds, too, were plenty. Ashy Prinias and Tailorbirds “marked attendance”. The sight of a peacock with a full “tail of a thousand eyes”, in the branches of a Peepal tree, 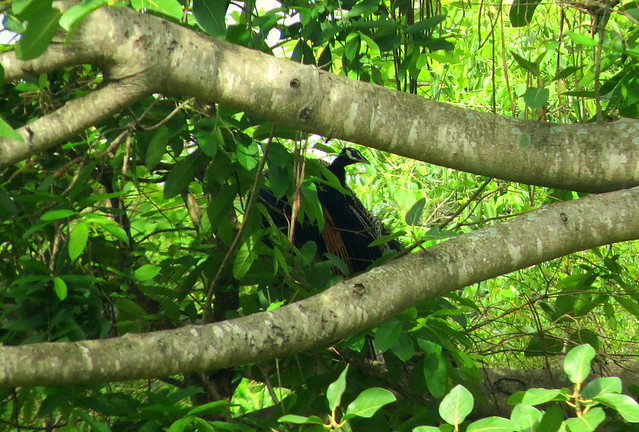 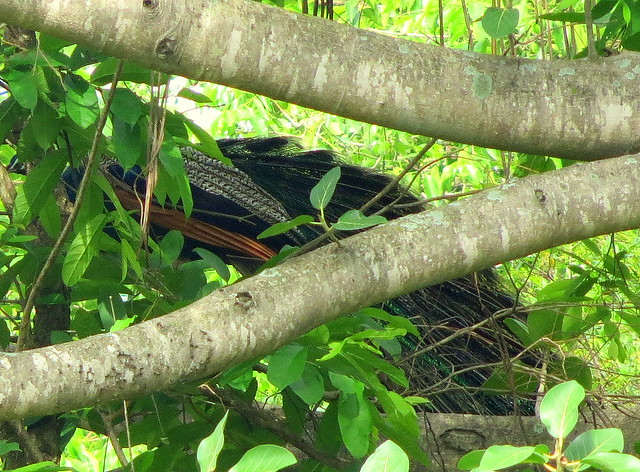 held us riveted at the beginning, and we kept hearing them throughout. The songs of Oriental Magpie Robins floated liquidly through the air, and we heard the harsher call of the Shikras even before sighting one. 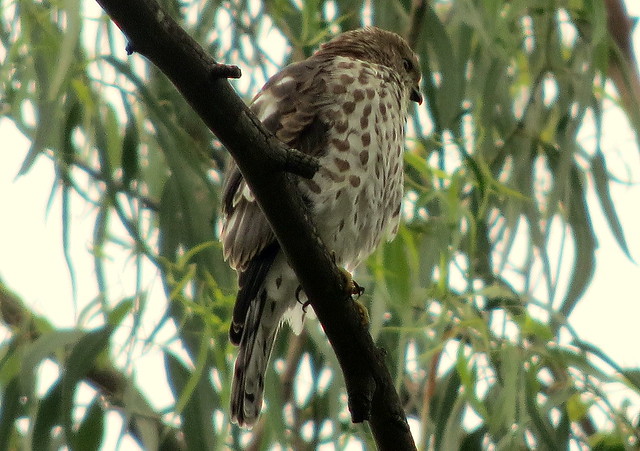 All around us, the butterflies dotted the air as they flitted about, and a fair amount of the walk was spent observing these winged beauties. 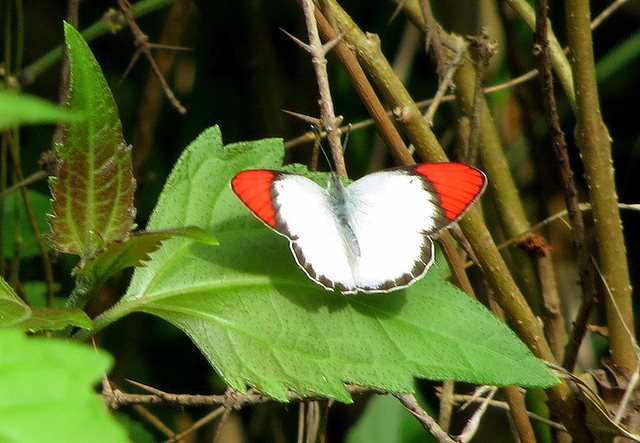 I have put up my photos on an FB album

Let me leave you with my “shadow selfie”… 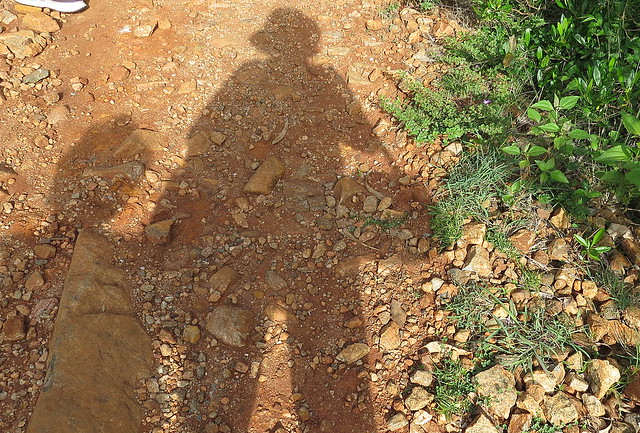