The beauty of the Baya Weavers Shani Temple pond and Gulakmale lake, 030617

When Janhvi asked me if I would like to go along for the birdwatching outing of TCS, I gladly accepted…only to find that a grand total of two people comprised the group going with her! Since I’d met both Abhilash and Sushree before (and actually remembered doing so!) we set off, at the very reasonable hour of nearly 8am. Since we were going to observe the Baya Weavers nesting, we were not constrained to leave early.

Stopping for chai at Bannerghatta Circle, 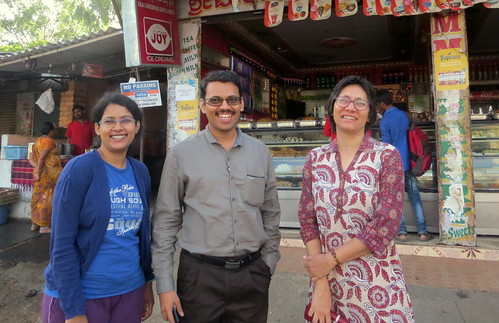 we drove through the Bannerghatta-Kaggalipura Road under blue skies and feathery, fair-weather clouds. The forest looked fresh and green, washed clean of the summer dust by the rains.

We stopped at the Shani Temple pond, just past the Bhutanahalli Reserve Forest. 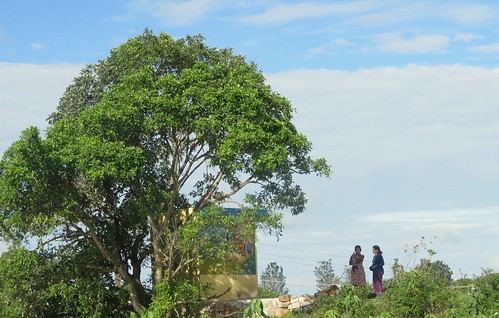 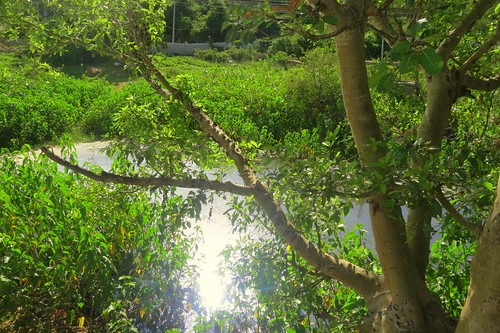 Though Google maps doesn’t even show a pond here, it’s a great place to bird in winter. 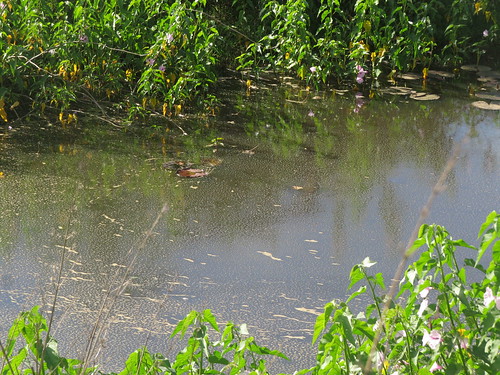 and Baya Weavers nest in the Ficus tree next to the temple. There were nests in several stages of construction, 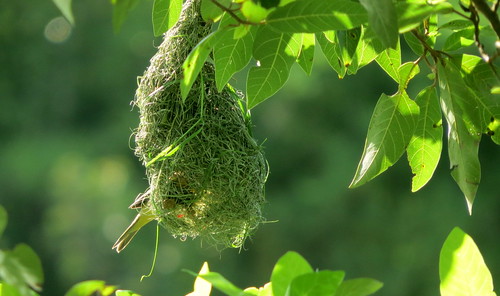 and we spent a contented time watching the bright yellow males and the duller-feathered females, flying around between the reeds and the tree. 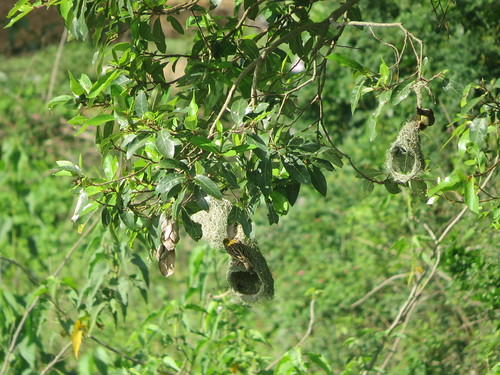 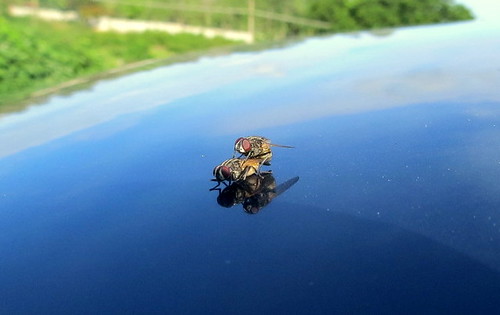 Since Prasanna was also coming to meet us at Gulakmale, we proceeded there, and once we took the right-hand turn to wards the lake, we took the right turn again, before Patil Parimala Industries, and met up near a temple which had several 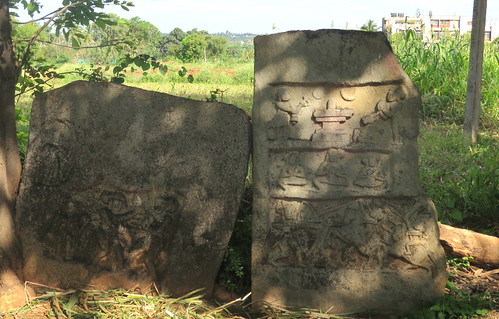 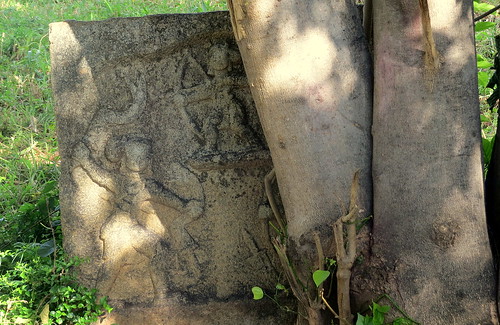 Prasanna had been there since 6.30am, and reported large numbers of Bayas on the maize fields, and nesting on the trees. But apart from seeing them, we also went up the path to the bank of the lake, 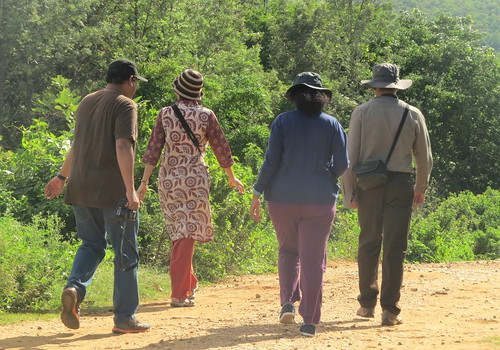 The muddy bank was also a butterfly paradise, and for some time, we completely forgot the birds as we watched several butterflies (see list below) nectaring, mud-puddling, and basking in the sunshine. It was lovely to see the Blues with their wings open. How I wish I could live by drawing energy from the sun, nectar from tiny flowers, and nutrition directly from the soil! Oh well, I suppose it can’t be great to be snapped up by a passing bird! Most of the butterflies were obviously just-emerged, and with bright colours. The flow of the migrating Emigrants (at this time, aptly named!) continued across the road. 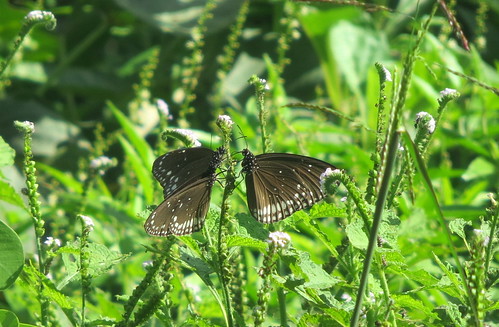 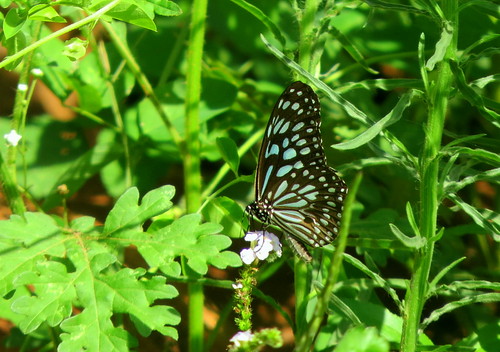 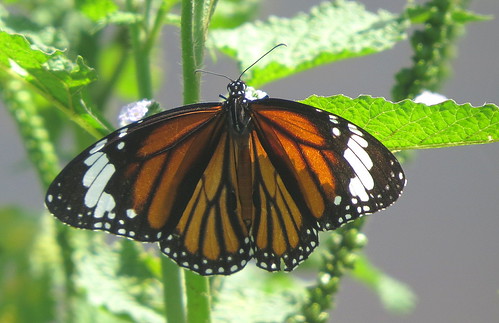 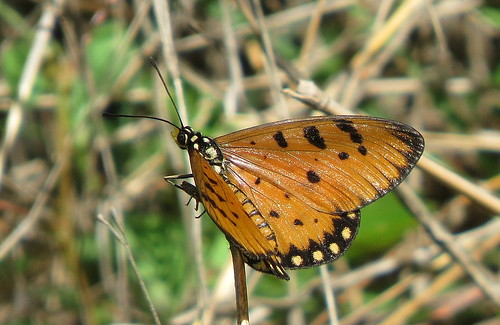 I looked at several plants, including this Indian Sarasaparilla. 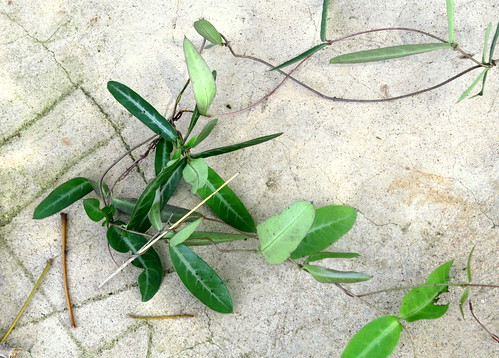 We met up with two more people from TCS after a lot of to-ing and fro-ing as they struggled to find us in an unfamiliar place, While waiting for them at the Ashok Aarna residential layout, two Indian Grey Hornbills delighted us as they floated in and out. 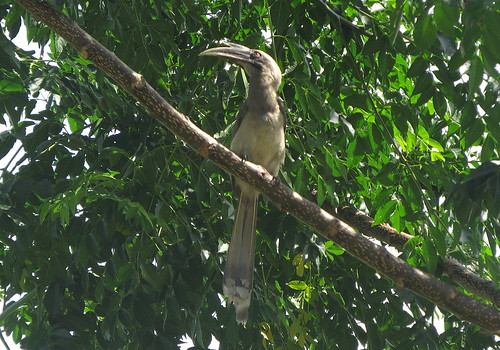 We then proceeded to the road alongside Gulakmale lake, where, on two date palms, we watched several more weavers, going about the business of building their homes, hoping that the ladies would approve. We walked down off the road, where we found White-rumped Munias, 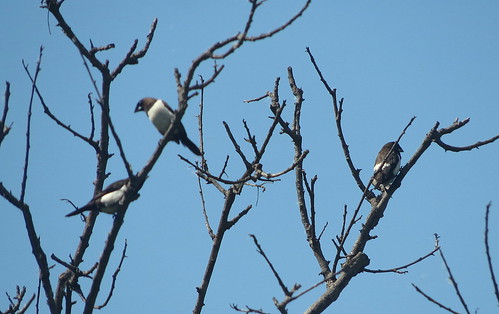 Between the Dharwad pedas I brought and the delicious alphonso mangoes that Janhvi brought from the organic farm she volunteers at, we had a fairly nice breakfast, and returned home well satisfied with our morning. A sighting of the common mongoose crossing the road set the seal on our happiness.

The eBird list for the Shani Temple pond is

Looking forward to a nice Sunday as well,