It was still very pleasant when several of us met up at the Millennium Avenue gate of DFRS, and Harish led us, literally, up the garden path.

Knowing what it is to drive long distances for birding, I must appreciate the interest of people who do this. For example, Latha and Satyan came all the way from Vidyaranyapura! Others in our group have the DFRS as their backyard and they just walked to the outing. 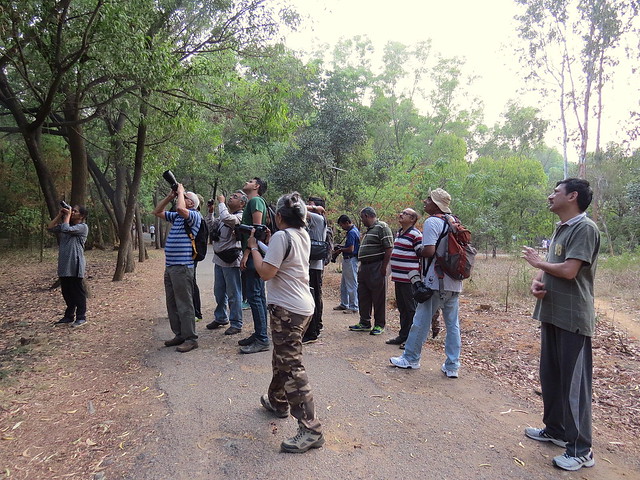 The place is green and lovely now: 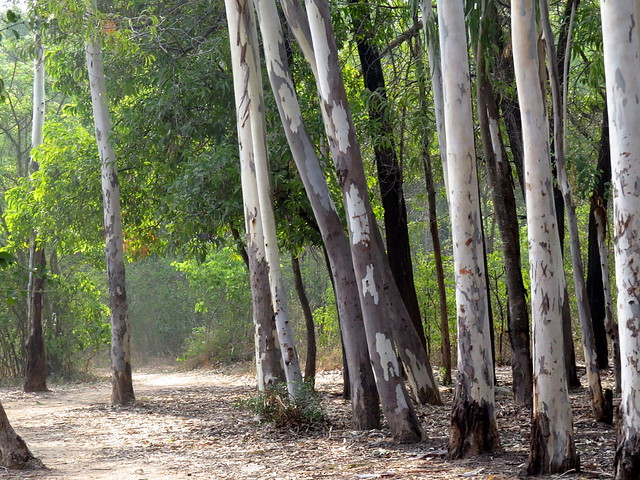 A Shikra started off our sighting and bird list, and in fact, the sightings of these birds (probably two individuals, a male and female) were a recurring part of our whole morning. 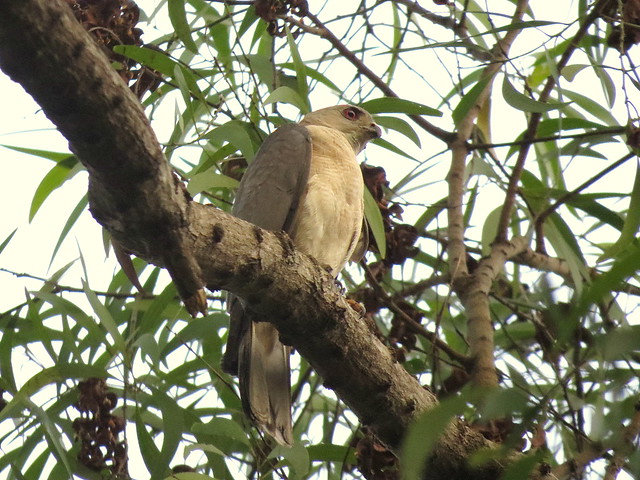 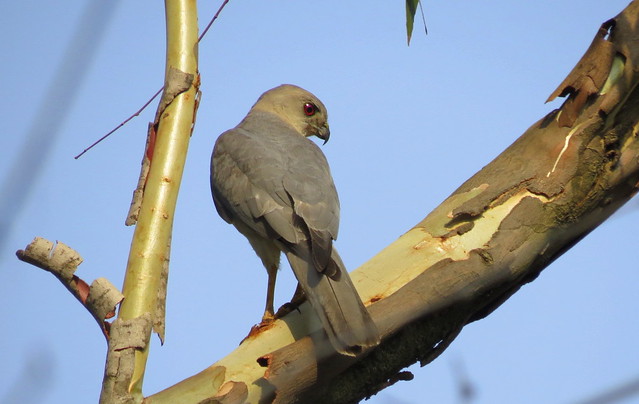 It was nice to have several knowledgeable people talk to us about plants, insects and several other things, as we walked. Since we are still at the season where some trees and plants are in flower, the walk was punctuated by plant and tree information too. We started with the exquisite flowers of the Sesbania grandiflora, commonly called the Vegetable Hummingbird tree…. 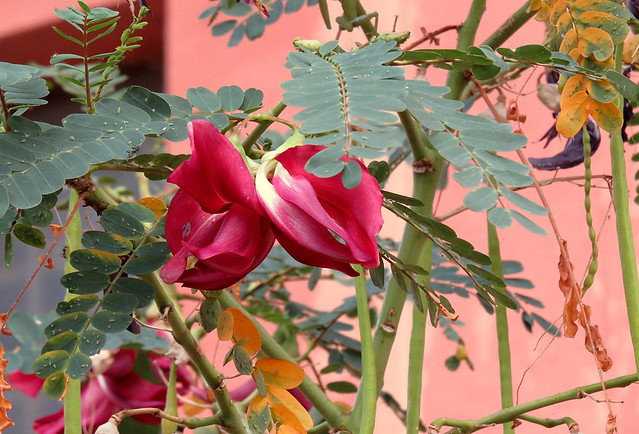 The list went on. Ajit was delighted at finding Ixora pavetta: 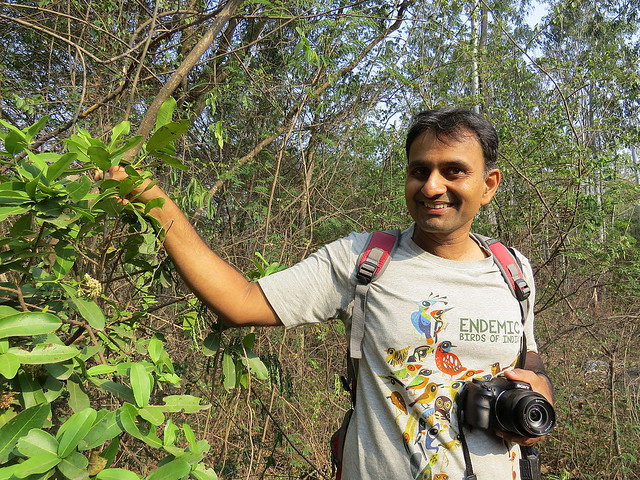 Here’a closeup of the fragrant flowers:

For example, Ajit powdered the resin of the Shorea roxburghii, and told us the common name of the tree…“dhoopa”, as the resin is ignited during the puja rituals. We heard an interesting story about why the cashew is so called (ask Harish if you weren’t there!) 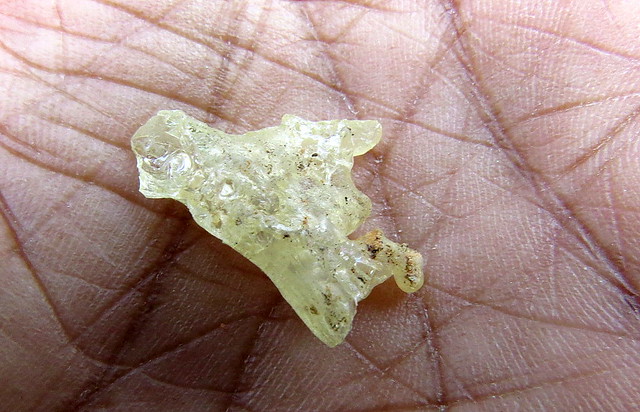 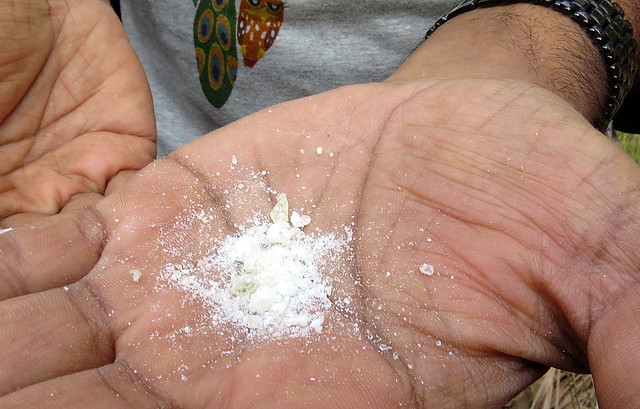 When powdered, the “dhoopa” resin gave off a stronger fragrance. 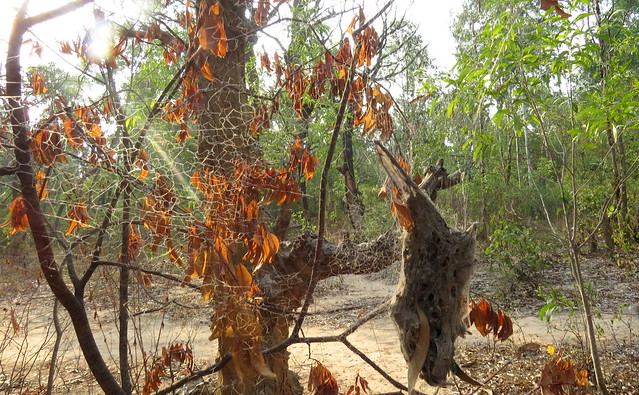 Perhaps there were no “unusual” surprises…but the “usual gang of suspects” were enough to keep us interested throughout. A few Flycatchers, the flowing song of several Magpie Robins, both seen and unseen, a tailorbird flitting in the bamboo thicket…so the list, and the walk, went.

There were some very interesting mammal sightings too. A group of these, known as the Bangalore Butterfly Club 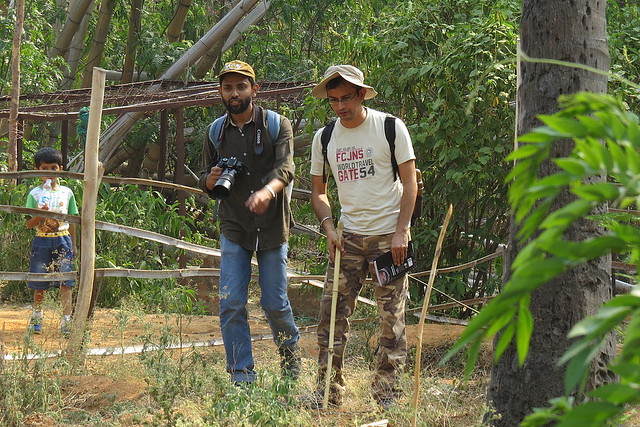 Rohit, one of the founders of the Bangalore Butterfly Club, RHS

were having their fortnightly “buttering” walk there, and we had a Tiger sighting ….as well as Jezebels, Skippers, 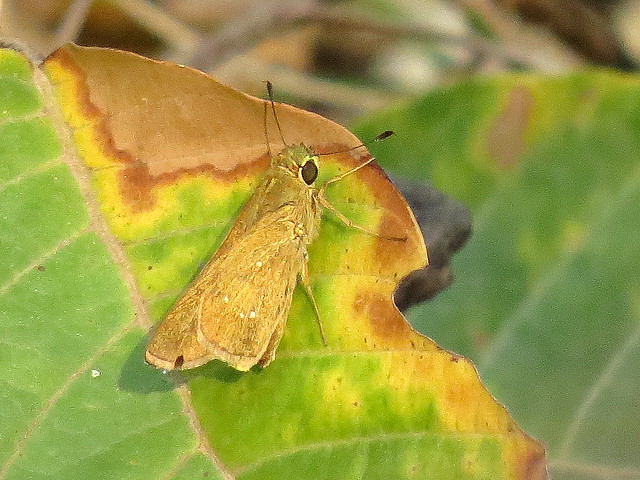 …and a few Blues in the short time we spent together. They were beginning their outing while we were finishing ours. I think the time frame is one of the things that determine whether one devotes oneself to birds or butterflies! 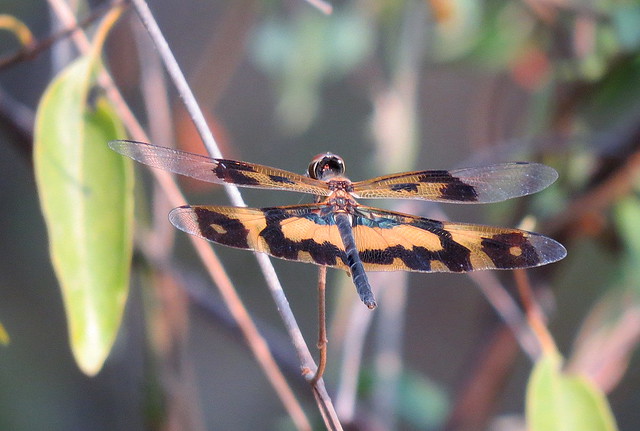 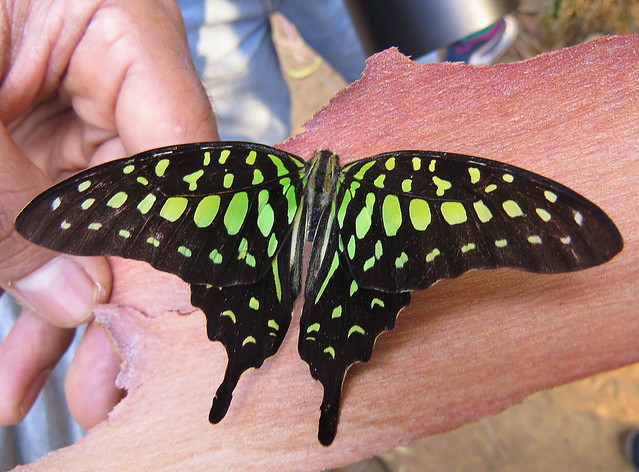 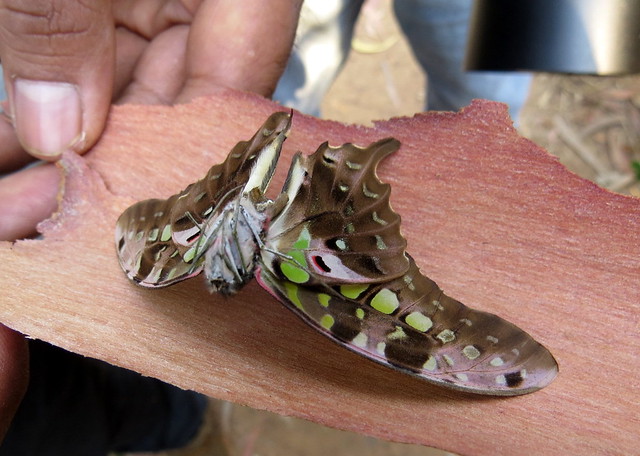 A dead Tailed Jay allowed us to see this butterfly close up.The antennae and the body were eaten away, probably by ants. 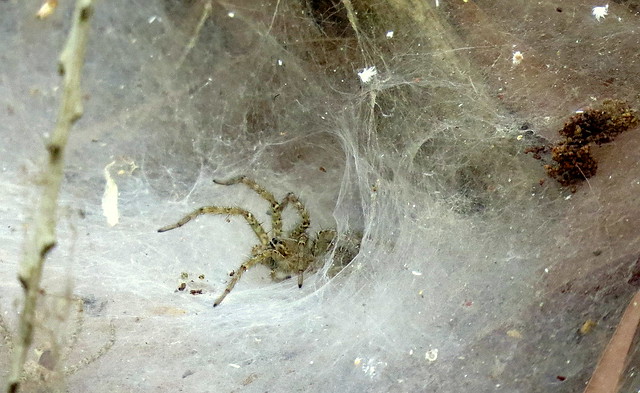 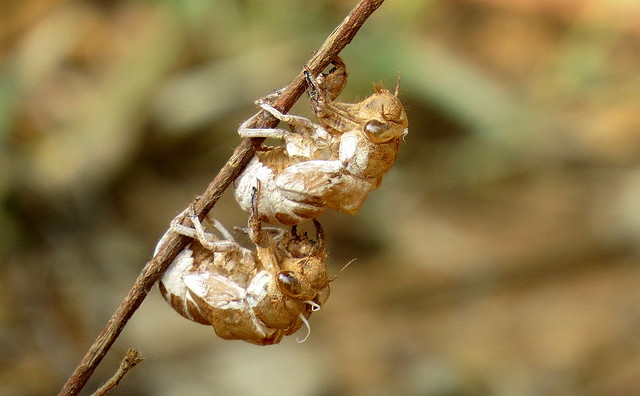 A few mongrel puppies looked delightful as they settled at the base of a bamboo plant, but the few bonnet macaques I’ve noticed once in a while were absent. Since these invariably try to snatch the processed food and drink from people’s hands, it was good not to see them! 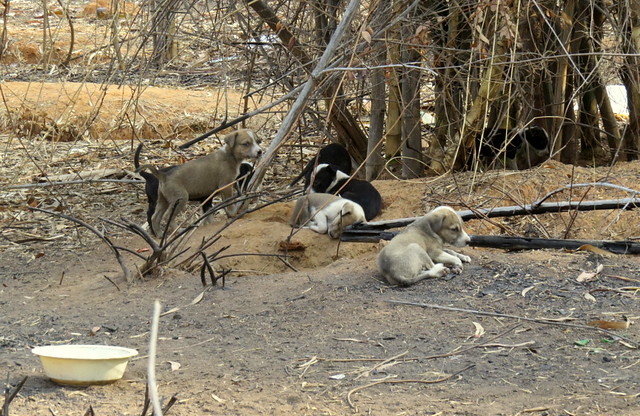 We shared biscuits and khakras, and that made the walk all the more pleasant…but after 9am comes Breakfast O’ Clock, and soon, a few of us were seated in Adiga’s, getting outside some calories. 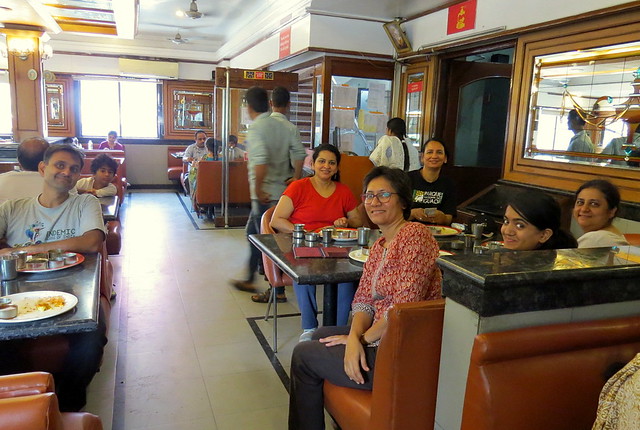 I’d like to add that I missed Deepak, and would like to take this opportunity to thank him for every 3rd Sunday outing that he’s tirelessly organized. On any 3rd Sunday walk, of course, Geetanjali and Subir Dhar, who started this outing with a few of us pitching in, are never far from my mind.

and my photos are

Hoping to meet many of you again next weekend,