I am afraid the 4th Sunday outings are not popular! Last month, apart from my group, 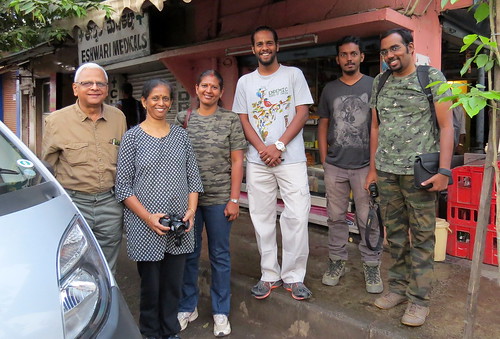 (at the Mandatory Chai Stop,or MCS)

there were three people, and today, at Hessarghatta,just two people joined the group who had come from south and central Bangalore. But these two people were Prasad and Shyamal, and we thoroughly enjoyed their company, as we all walked on the bund of the lake, and then back along the edge of the lake bed to the Durgamba temple and so back to the parking area. We were nine in all…in alphabetical order, Aravind, Guhan, Harshith,Neeti (visiting from Bikaner), Padma, Ramaswamy, Seema, Shyamal, Vidhya, and myself. 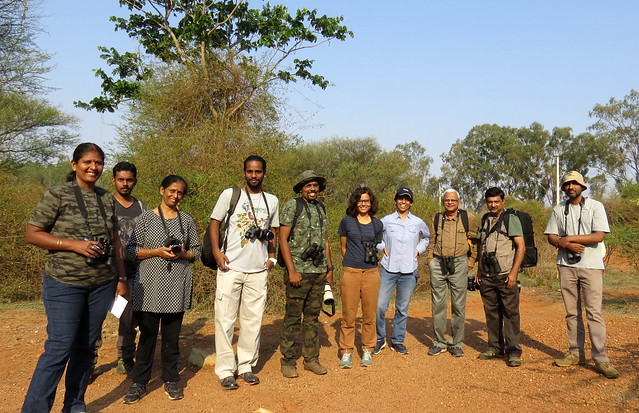 A beautiful sunrise greeted us as we climbed up the steps to the temple. 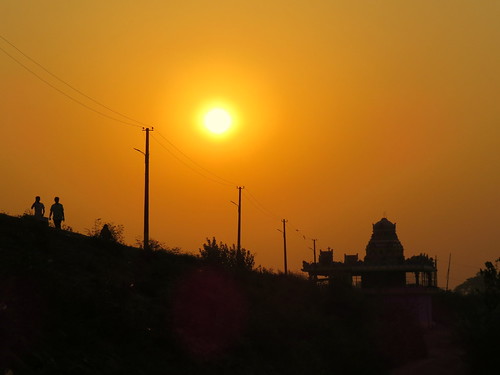 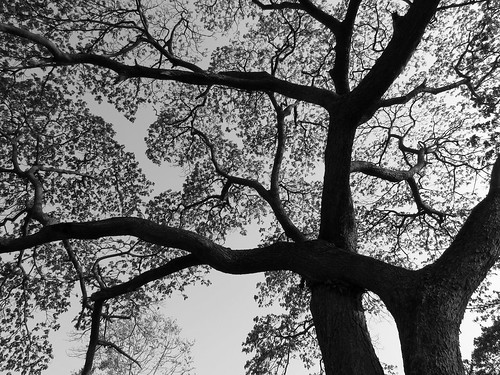