Aravind, Sharmila, Raji, Tarachand and I went to Ragihalli 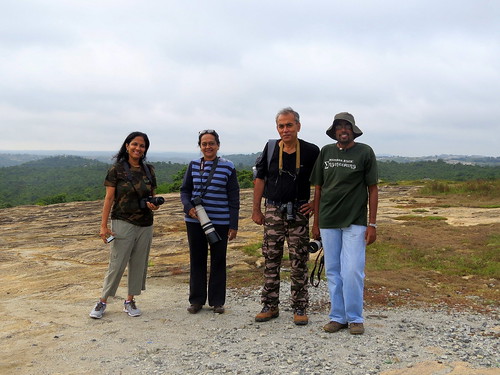 At the sheet rock, I spotted a lizard whose markings did not match those of the more usually found Peninsular Rock Agama.

One of the great things about the internet is that posting a photo on FaceBook usually yields the required information. Sagar Sarang, a FaceBook friend, promptly identified this as the

and I was very happy to learn this, as I’ve never found the reptile this close to Bangalore before. These lizards are found in thin forests and scrub jungles, but this was the first time I’ve seen one so close the city of Bangalore. 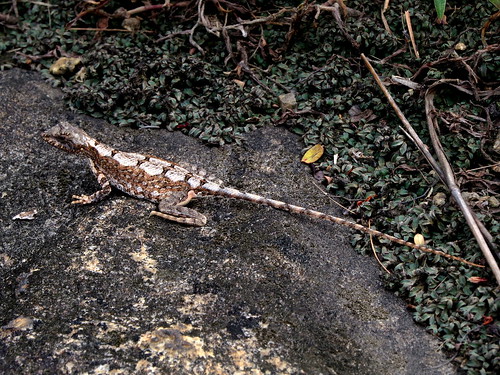 Fan-throated lizards are also “agamid” lizards, but are not Agamas. The Wiki entry says, “The species is found mostly on the ground in open ground patches in thin forests. When disturbed this lizard sometimes runs with a bipedal gait.” “Bipedal gait” means, they run on two legs! 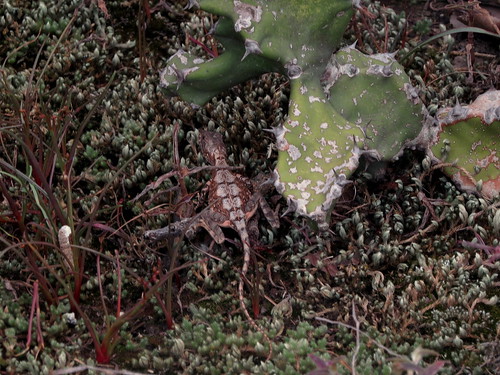 The “fan-throat” called the gular flap, is usually whitish, or cream in colour.

Heres an image of the lizard with its “fan” out: 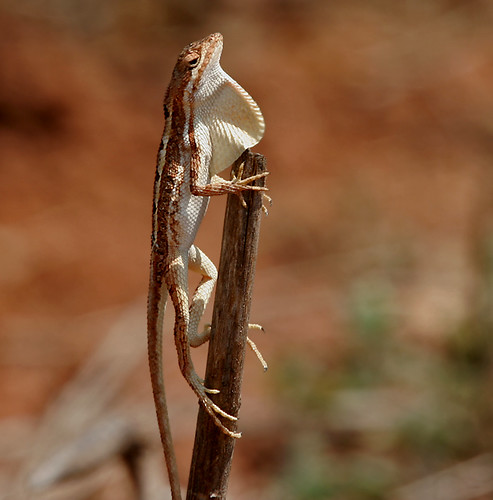 However, during the breeding season, males develop some amazing colours in their gular flaps, and males take up positions on rocks and flash their gular appendages, to both attract females, as well as warn off other males.

Here’s a short video, by Mandar Mote of the lizard throwing its fan out:

The colours of the throat scales are exquisite!

The lizard that we saw is definitely a gravid (carrying eggs) female, but her unusual markings are what made me look closely, and find a less common denizen of the Bannerghatta forest area.