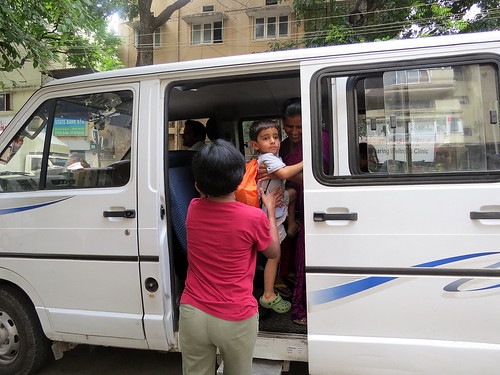 I still remember the day when this fellow was just a dash on his mother’s pregnancy test!

He’s developed into a very, very strong personality that just cannot understand the (tiny for his age) body it occupies is just 3.5 years old! Insatiably curious, casually destructive, sometimes very deliberately mischievious, impossible to make him do anything he doesn’t want to do…very affectionate, observant, and charming when he wants to be. Very competitive with his older sister, and yet so loving to her, too. Musically very talented. Still rather shy around strangers, and very clear in his thoughts and observations. Likes and eats a lot of good things like vegetables,and fruits (and of course all the “bad” stuff!)…but he will eat only what he wants!

So many small incidents that endear him to us. Yesterday he told me, “I am going to comb your hair…say ‘ow!’…!” Having been caught feasting on his vitamin gummies, he refused to say sorry, and after doing a “time out” (standing in the corner), he says, unrepentantly, “I liked them a lot!” He can’t say a whole lot of words, and last year, it was “doy” for “door” and “coy” for “car”…now it’s “balakki” for “balcony”. But he can say the name of his new playschool, Magic Puddles, quite well!

It’s so interesting to watch this strong personality emerging from the infant.