I will forever remain thankful to Geetanjali and Subir Dhar for scouting out so many parts of Bannerghatta National Park and taking everyone there tirelessly. 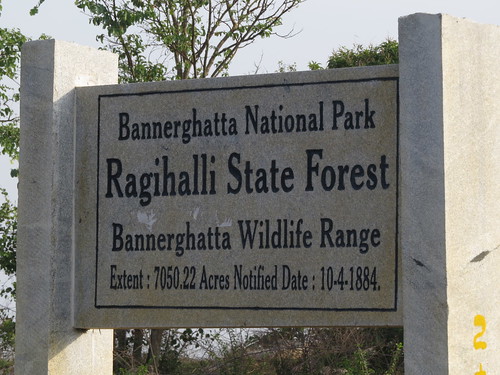 and then beyond to Jaipurdoddi, remains one of the most delightful and productive, even in the hot summer season. More about the road itself, later!

A round dozen of us 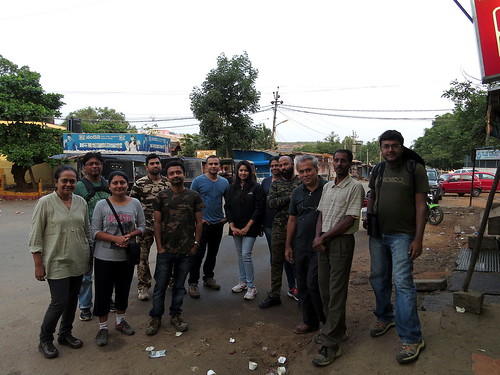 set off in the morning (alas, not early enough to catch the sunrise at the sheet rock as we wanted to), 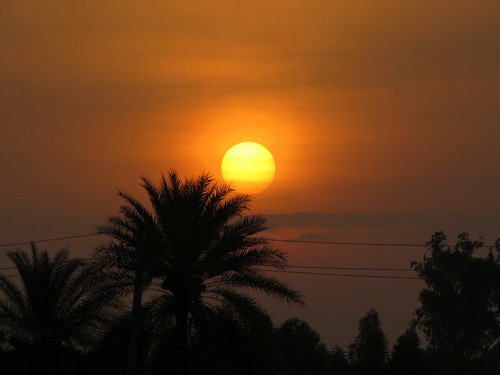 and stopping here and there along the way. The usual Spotted Owlet at the brick kiln behind the temple started us off. 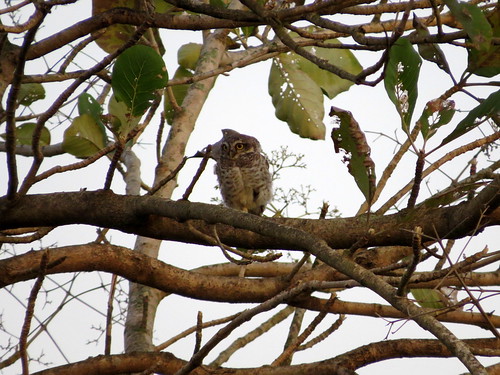 We reached the sheet rock area in time to watch several Jerdon’s Bushlarks, well, larking about. 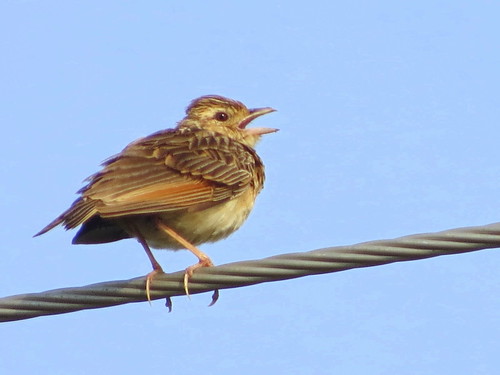 We inspected fungi growing in the rain pools in the rock, 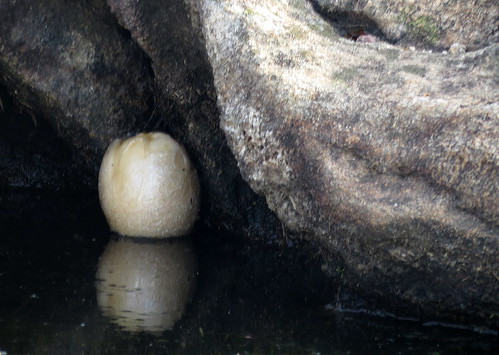 and diatoms that were oozing into the water, creating oily slicks. 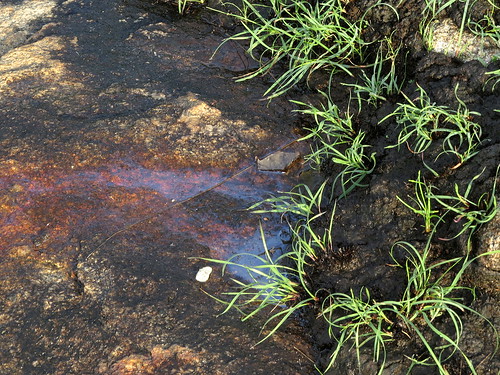 Young Bee-eaters, their plumage not grown into the jewel brighness of the adults, were everywhere, displaying aerobatics as they learnt their lessons in catching their food “on the fly”.

A delightful (because we were at a distance) sighting was of 3 wild elephants just past the tree line where the sheet rock ended and the forest began. It was good to have this reminder that Bannerghatta is, after all, a real forest, and one should always be careful!

Can you spot the elephant? 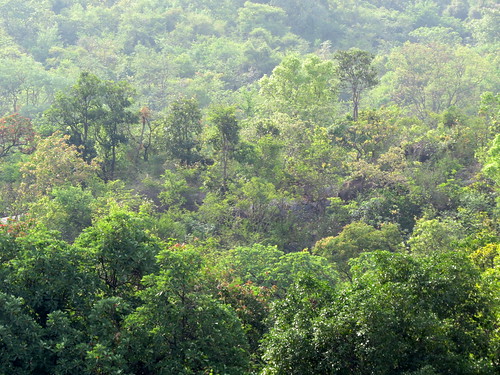 Here is one of the 3, with a higher zoom: 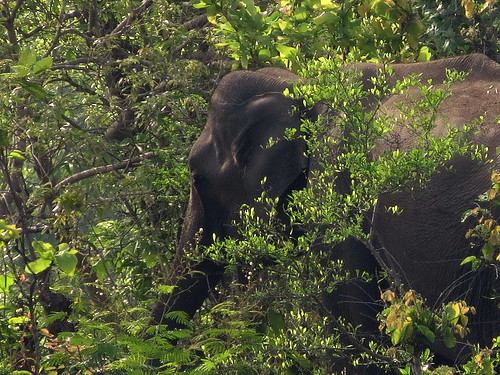 Our bird list grew satisfactorily as we reached Ragihalli. 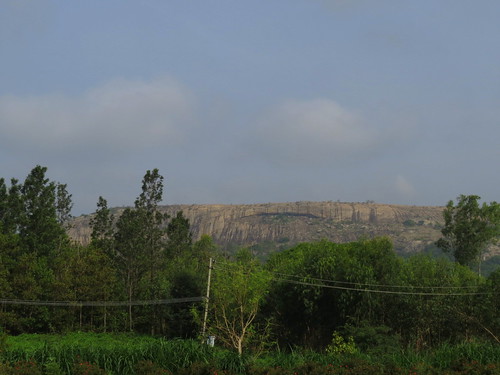 We stopped at the rose and tomato fields to watch the Munias (Silverbills, Scaly-breasted Munias and White-rumped Munias…the Red Avadavats were missing today, for some reason) feeding, and flying up in formation to the telephone wires. 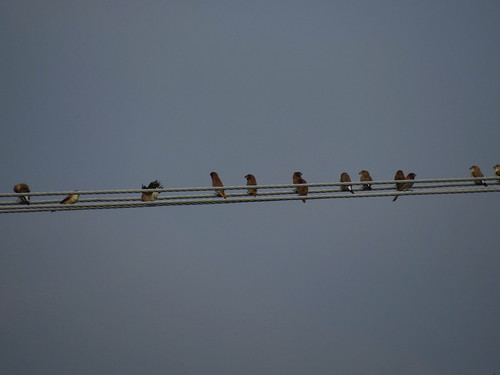 A Common Kestrel tried a “fly-through” the Munias, perhaps hoping to catch breakfast! We noted Shikras, Oriental Honey Buzzards, and a Short-toed Snake Eagle, high up in the already warm air.

We bought some beans and tomatoes fresh off the plants. 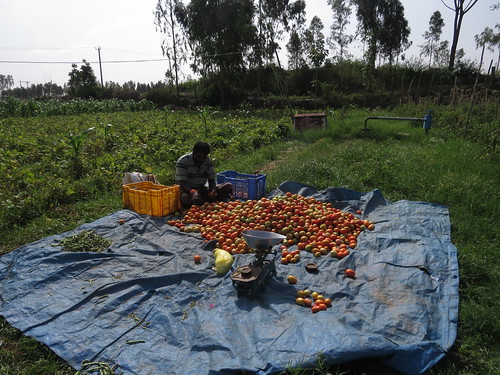 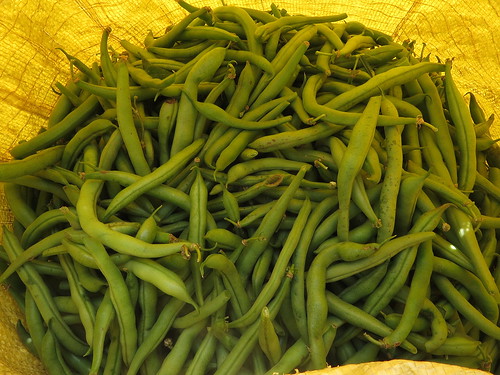 We had a very nice breakfast of “chitrAnna” in one of the halli (village) eateries. 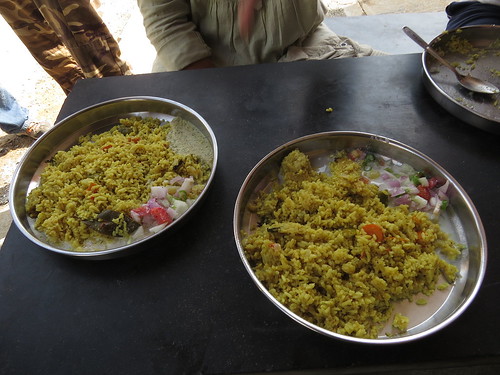 Manjunath, the proprietor, gave me his mobile number and asked me to call ahead to ensure that they don’t run out of iddlies! 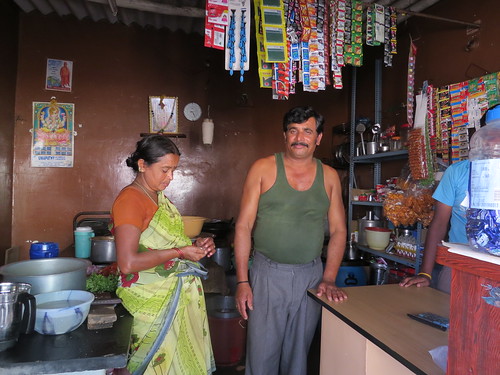 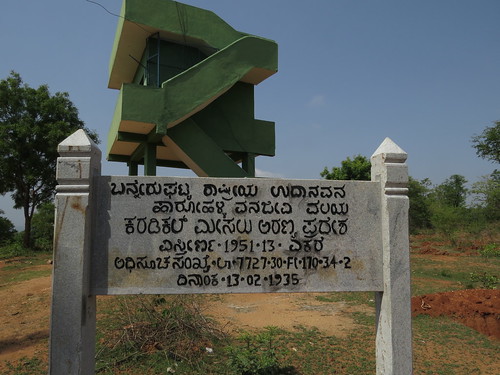 As usual, it was a delight. Yellow-crowned (Maratta, I think they were called earlier) and Brown-capped Pygmy Woodpeckers, a White-bellied Drongo sitting peacefully on her nest 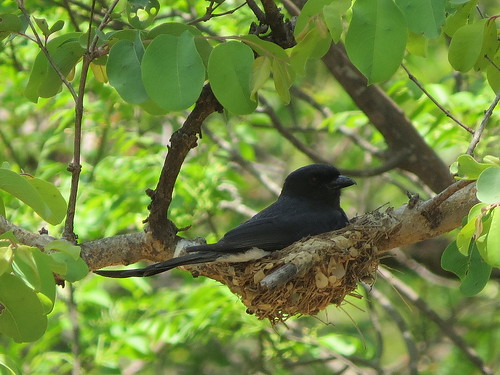 (I’ve never seen any Drongo nest before, and am not about to share the location other than “somewhere in Jaipurdoddi Forest area”!), three Paradise Flycatchers (Indian, not Pakistani!) flaunting their “red ribbons”, and hepatic female Grey-bellied Cuckoo 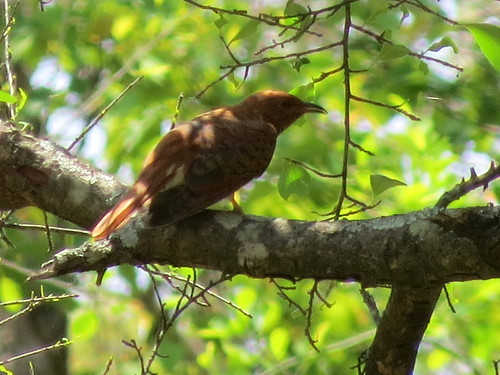 It was lovely to sit on the rocks just past the watchtower, enjoy the cool, fresh forest breeze, and show some first-time birders the sights and sounds…the sounds including the call of the Common Hawk Cuckoo, the trilling of the Bee-eaters, the buzzing of carpenter bees and the humming of Cicadas. They touched moss pads, different tree trunks, watched Garden Lizards and Agamas. 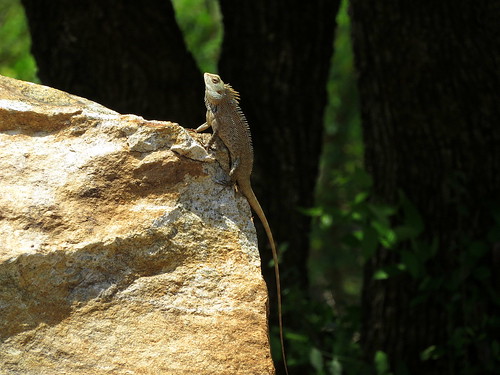 I do hope they will be going on other nature outings in future!

However, it was sad to see the granite being gouged out of the hillsides,and the landscape looked quite ulcerated. 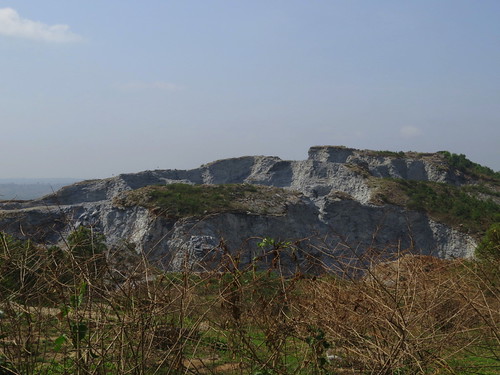 Also, I would not recommend that anyone go to Jaipurdoddi for a while, as from Ragihali onwards, the road has been dug up ( indeed, excavators were still in the process of breaking up the tar) and we had to bump and jolt our way. As usual, the road is being laid just ahead of the monsoon!

I’m trying to get the id of several flowering and fruiting trees and plants; one of the most interesting is the , 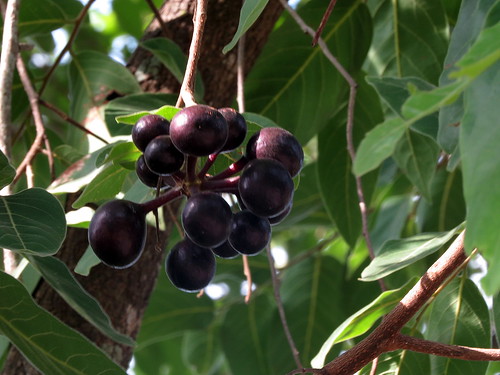 whose fruits were quite delicious, tart and fleshy, bright orange-and-red inside the dark-purple fruit. 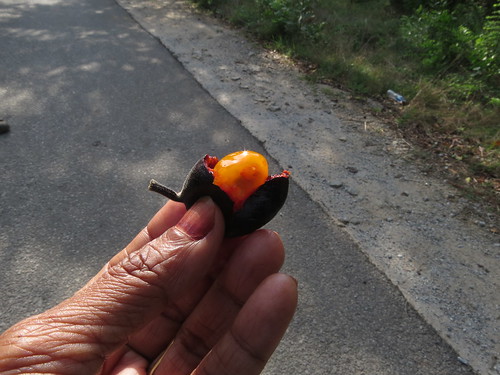 There were butterflies, too…Common Lime, Plain Tiger, Common Emigrant, Crimson and Common Rose, Jezebel, Crows (never got close enough to see if they were Common or Double Banded!), some Evening Browns, a Lemon Pansy….I must explain that I was not looking for butterflies, I’d taken a group of “newbies” on birding/nature outing.

Very surprisingly, I found no butterflies in the rose fields at Ragihalli. I wondered at this…could someone explain why they do not go to roses? 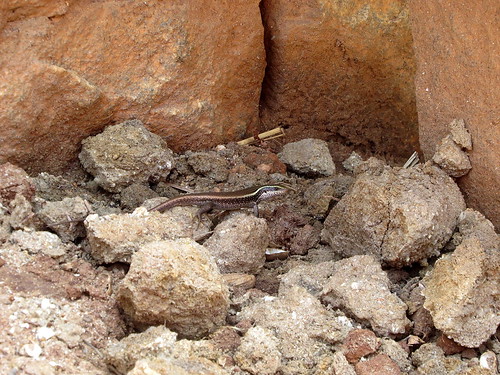 several Agamas in various stages of breeding colours, and Garden Lizards. A small snake (I think, a rat snake) slithered off before I could get a good look at it. Some frogs and toads (I don’t know which, probably the commonest ones!) were found here and there.

As usual, almost all of us overstayed, and some of us stopped for lunch at Adayar Anand Bhavan (aka A2B) on the way home, chatting about what we’d seen and enjoyed.

Hoping that the road is laid properly in a short time, and we can go and partake, once again, of the delights of this part of the Bannerghatta National Park.

The bird lists for Ragihalli Forest, meticulously done by Mohit Aggarwal, are

I have put up the photos of one of the elephants (the joys of a superzoom camera!)

and the rest of the photos (not only birds) are