At the lake in Lalbagh, one can often find the water snakes called

On one occasion, Raji and I saw one, just under the surface of the water: 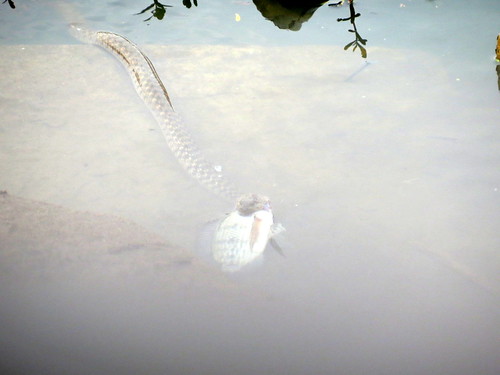 Having caught a fish too large to eat, it brought the fish out of the water in an attempt to kill the fish. 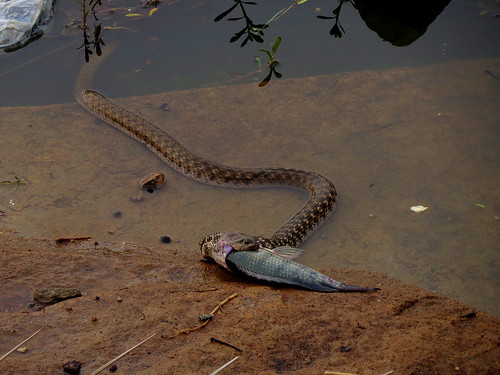 You can see how large the fish is! 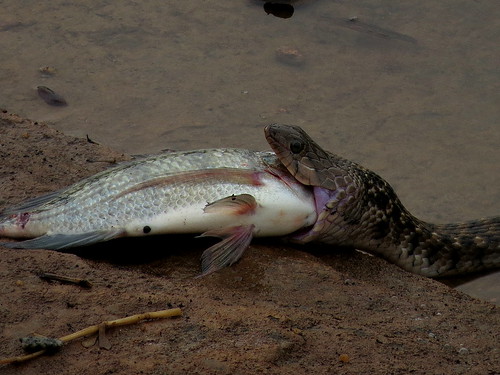 Here it’s trying to take it back to the water, though it did not do so as long as we were there:

Another keelback comes to try its luck, is quickly repulsed and glides off:

They are very often seen in the lake:

Here’s one taking a fish into a nook in the rocks to feast:

Keelbacks’ mdiet is, obviously, the fish in the lake (and frogs too). and it was riveting to watch how these creatures eat and survive. Keelbacks, in their turn, are often prey for the birds of prey like Brahminy or Black Kites; indeed, there are two common birds of prey called the “Short-toed Snake Eagle” and the “Crested Serpent Eagle”, both known for their liking for snakes!