In south India, we are now used to the

as a sign that there is a temple at the spot. Large or small, fat or thin (if you know what I mean)…gOpurAs are THE mark of a Hindu temple built in the Dravidian style. 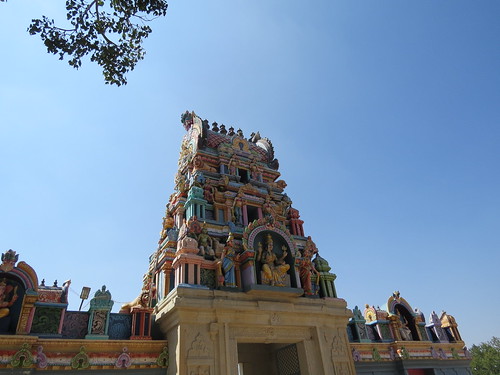 But recently, I’ve been noticing some different styles of temple architecture, too. Here’s the

temple; the four gOpuras incorporate a large enclosed space containing several adminstrative offices, instead of enclosing an open space with the sanctum sanctorum and other shrines with smaller pagodas. 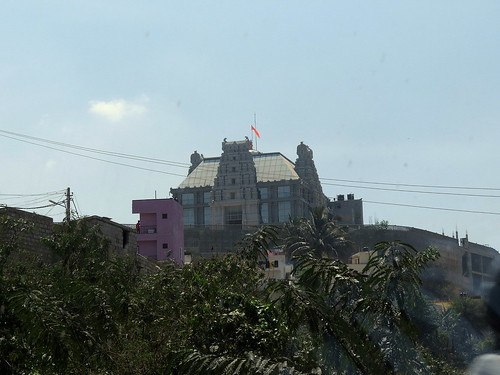 Recently, this temple to ShanmukhAnandA (He of the six faces, who confers joy) has a very unusual gOpurA: 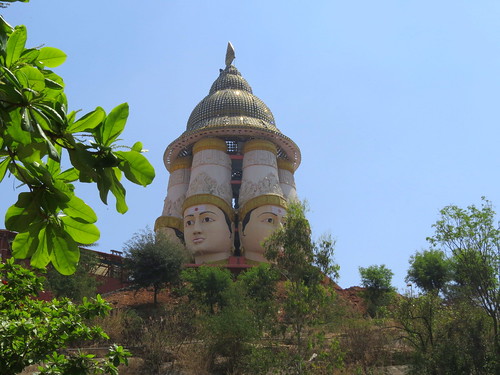 Purists, of course, may find these structures hard to accept. In fact, I know many relatives who do not even like the marble statuary of divinities in such north Indian temples as the ones built by the Birlas, saying that they look too “doll-like”; they are used to the Chola idols in stone, or metal.

But I am enjoying the variety of temple architecture and hope to see more such innovations!