I’ve often watched raptors (that’s birds of prey) zoom in on land or water and catch their prey, which they then take to the nearest roost and devour, with great promptness.

However, it was for the first time that I watched another kind of behaviour at Kaggalipura kere (lake).

swooped in, took a large fish out of the water, and flew over our heads as we stood on the rim of the lake, and landed in the harvested field on the opposite side. I followed the bird with my binoculars and then my camera, hoping to see it feed on the fish.

However, what it did was to lay the fish on the ground, and then sit upon it. 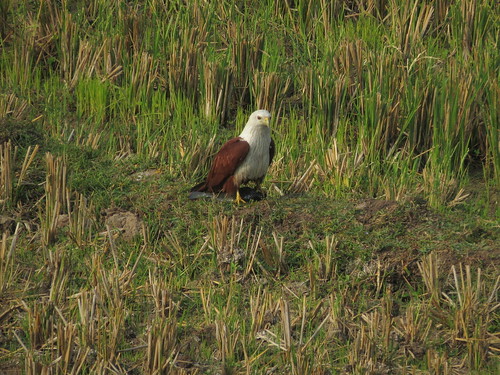 It (I use ‘it’ because I do not know if the bird was male or female) proceeded, then, to spread its breast feathers over the catch, and sat perfectly still. 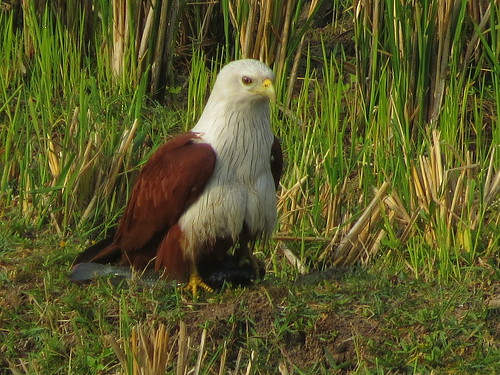 It seemed to scan the area, all around, for any possible other bird that might be interested in the food. 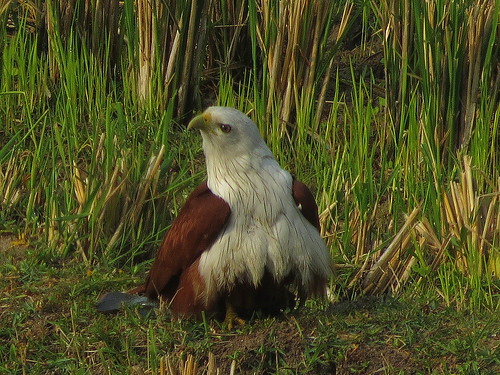 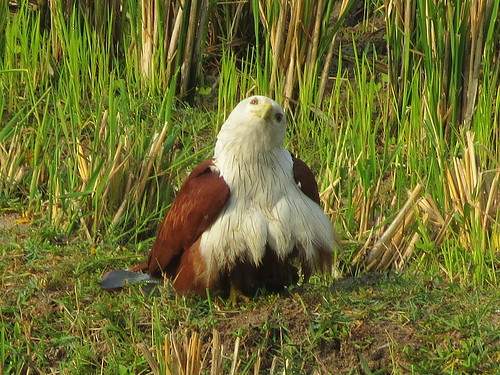 Having determined that there was no competition, a process that took quite fifteen minutes, the bird then started eating the fish. 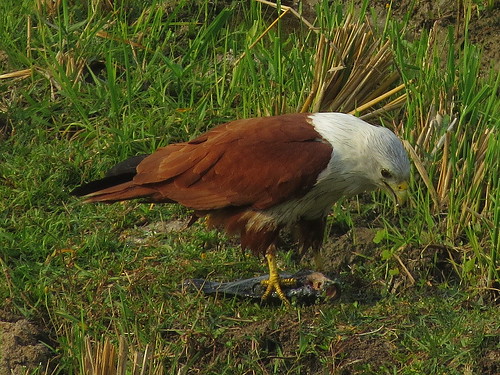 I googled about such behaviour, and my friend Danny Brown, from Union, Missouri, also sent me

which talks about “mantling”, when a bird covers its prey with its wings to protect it, and prevent it being eaten by another bird or animal.

“Mantling,” says this link, is “the action of hunching or arching shoulders and spreading wings over a recent kill to conceal it from other birds and predators who would be potential thieves. In this posture, the wings are mostly spread and drooped to the ground, exposing the bird’s upper back, also called the mantle, which gives the action its name. The head is usually bent down to feed, and the tail is often spread to provide additional cover and counterbalance.”

However, this bird was not mantling in this precise fashion. It was the breast feathers that were spread about, hiding the prey; the wings were not spread out, nor was the head lowered. But, I suppose, this was also a form of mantling. 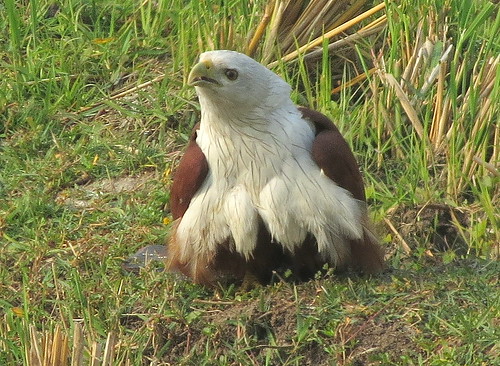 I’ve seen little children in Kindergarten, keeping the lids of their snack-boxes almost closed as they eat their snacks, looking suspiciously around to see if anyone else wants to snatch it away from them. Well, if food is so hardly won, snatched out of the field or the water, I can certainly understand a bird doing a similar thing!