We went to attend the Bird Marathon (so called because the total length of all the transects put together is the same as that of a marathon) at Kaiga.

is the site of one of India’s nuclear reactors, adding controversial, but much-needed, energy, to the national grid.

The Environmental Stewardship Program that Kaiga Generating Station (KGS) runs is part of an effort to prove that nuclear energy (with the proviso that it is well-managed and contained) is clean and does not pollute the environment,

On the way back from the marathon, I clicked this picture of two more kinds of energy, which we are trying to harness. 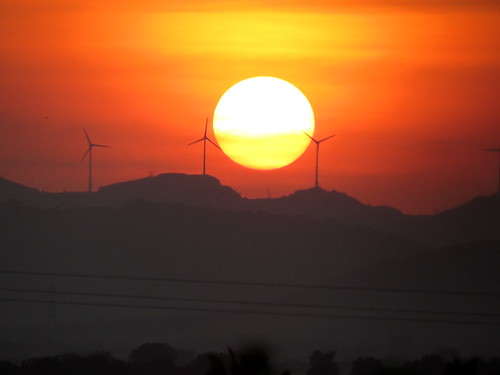 Alas, solar power in India, as well as wind power, remain rather expensive and not really viable solutions for the average householder.

I do wonder how we are going to solve our increasingly urgent power demands in the years ahead….