Right now, the rains are a distant memory, but it wasn’t long ago that we felt our city was just soaking in water…and though we didn’t have the major deluge that Chennai had, we too had our share of dampness and moisture.

There are some organisms that thrive in this moist, humid environment, and though they have a short life, they still look beautiful, and intriguiging, when they appear.

“mushrooms” (which are a form of fungi…and in fact, the fruiting body of these organisms)

Mushrooms come in varieties called “bolete”, “puffball”, “stinkhorn”, and “morel”, and gilled mushrooms themselves are often called “agarics”. However, we can give them our own fancy names, too! Here are some, that I clicked during the rains recently.

Here are some large mushrooms that remind me of that famous Kannada dish, “Thatte iddli”! 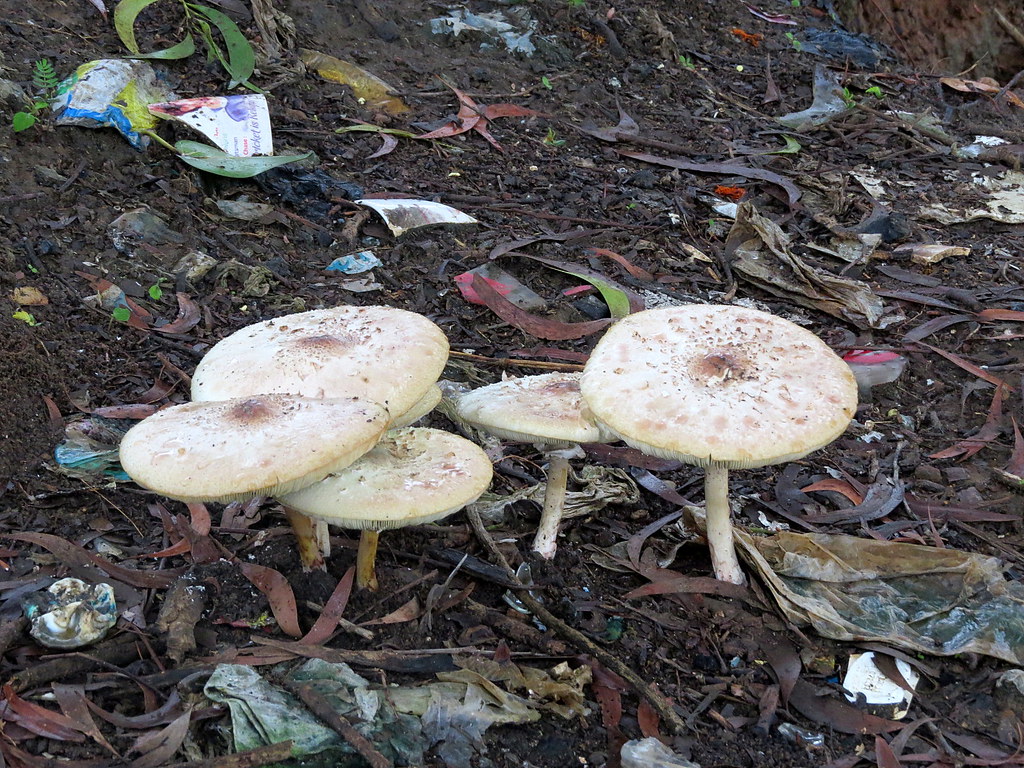 The picture of these two longish mushrooms was beautiful, too… 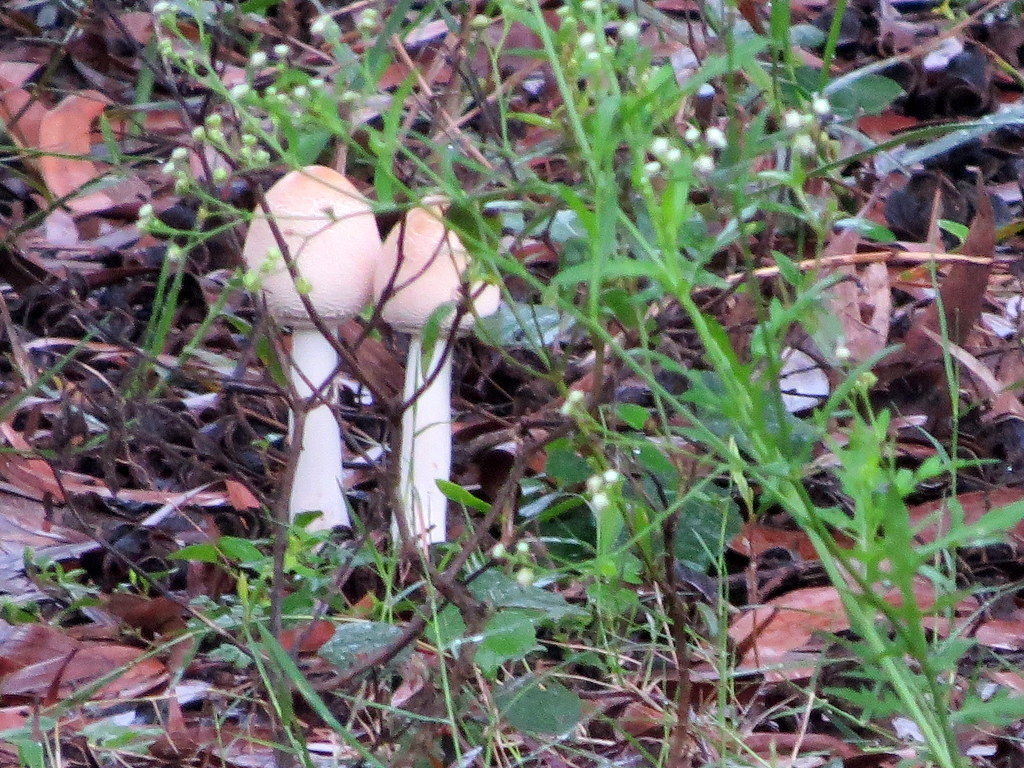 Some mushrooms, like this one, are called “toadstools”; earlier, they used to refer to poisonous ones. It’s easy to imagine amphibians sitting on these and croaking out their rain songs! 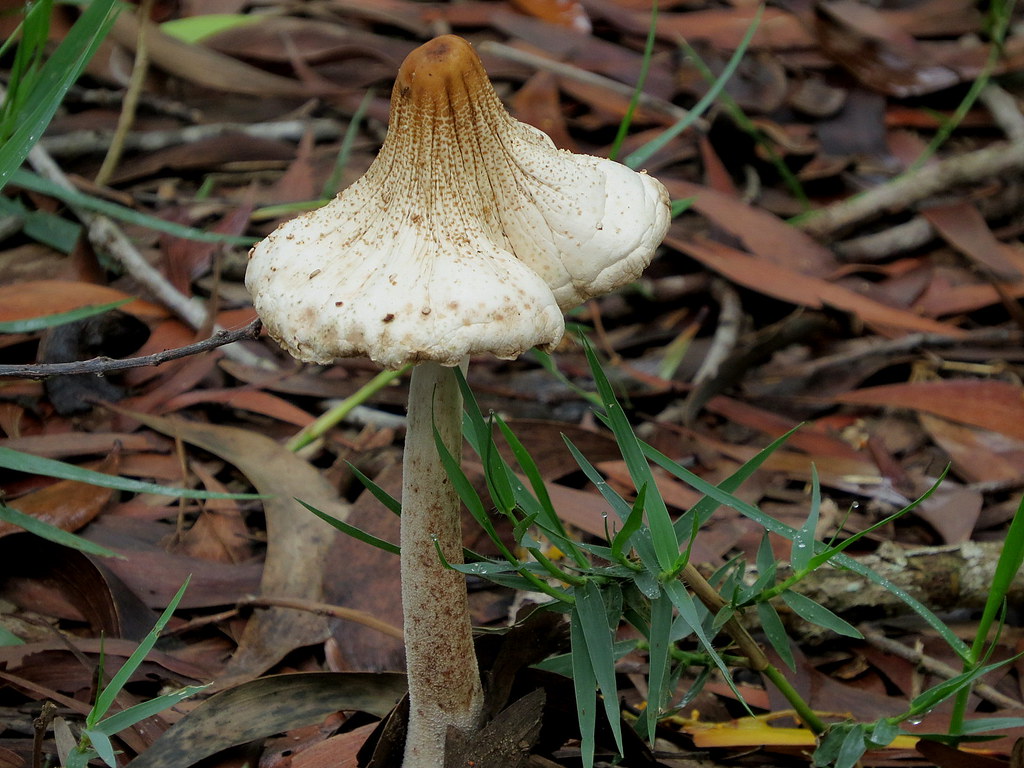 Others remind me of small umbrellas…. 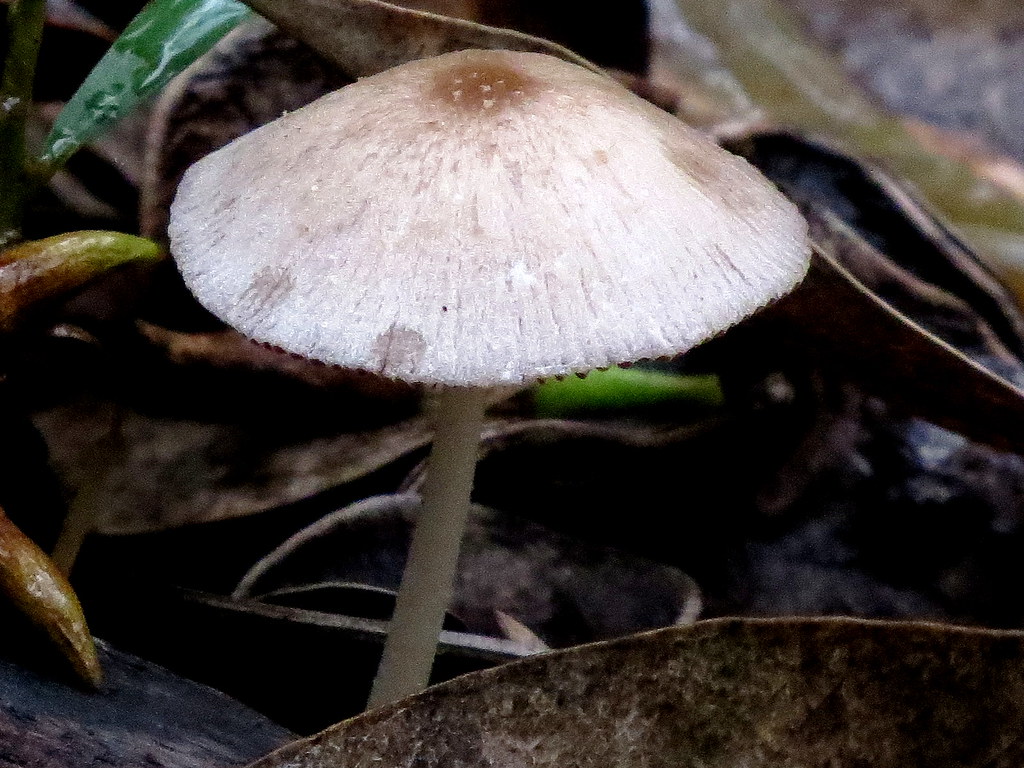 Right in the middle of the wet greenery, they..well…mushroom (yes, their often sudden appearance has given rise to the verb) suddenly, overnight! 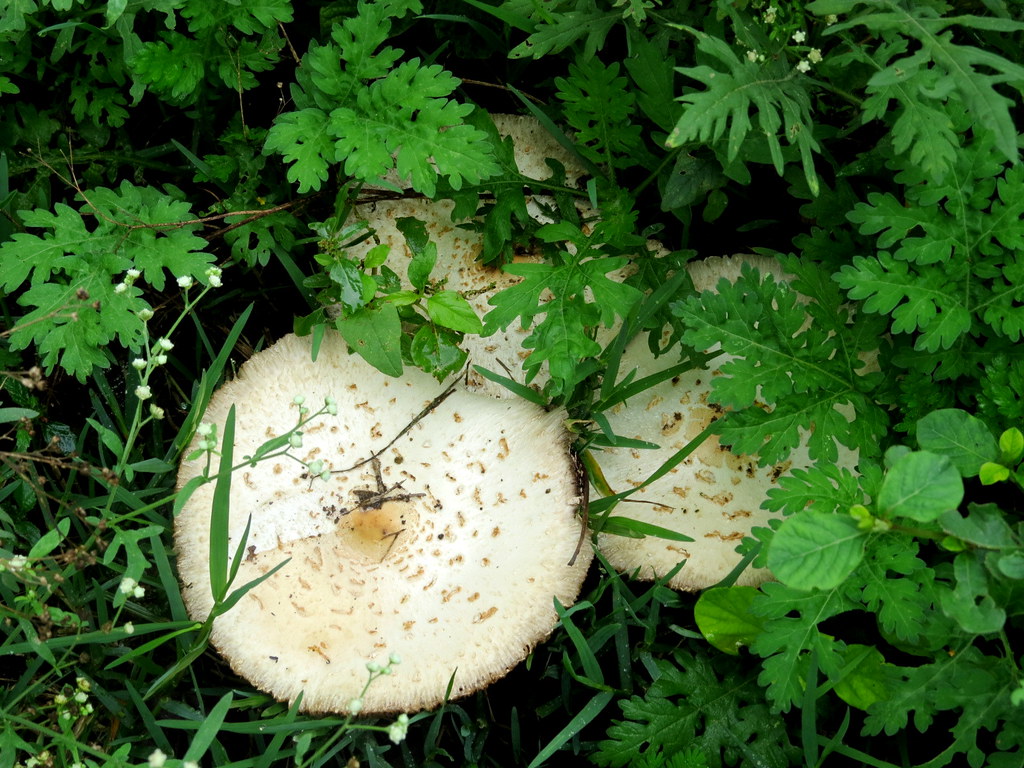 Mushrooms come in many colours, and I particularly liked this orange one: 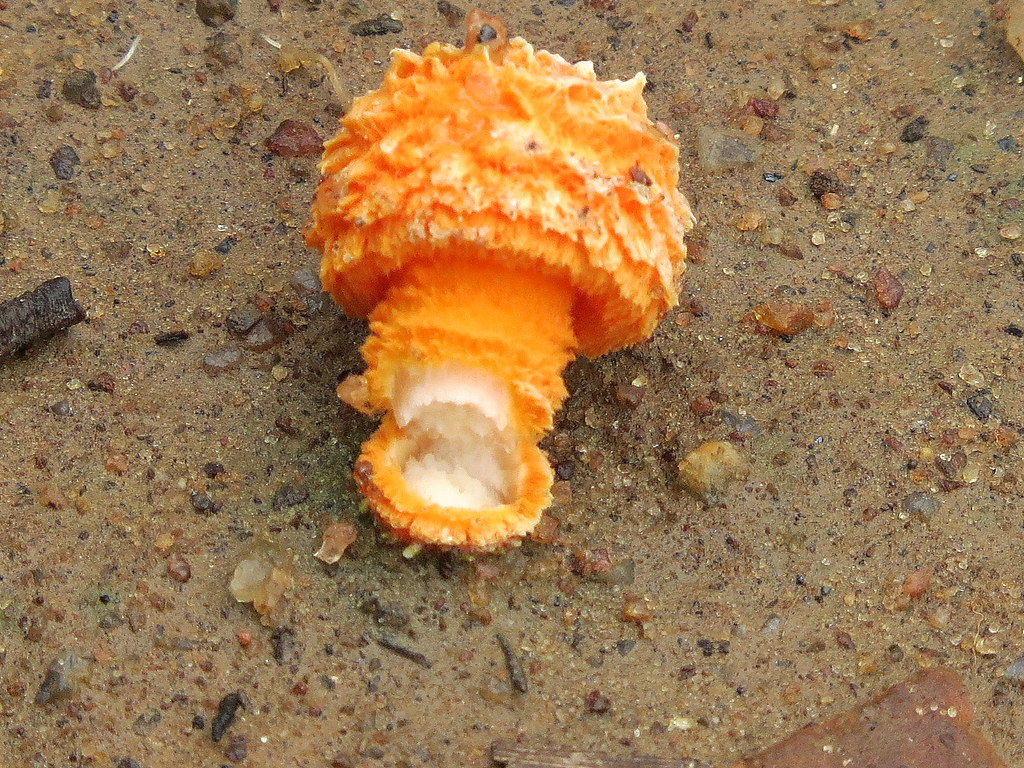 Mushrooms reproduce through spores, which form on the underside of the “umbrellas”. 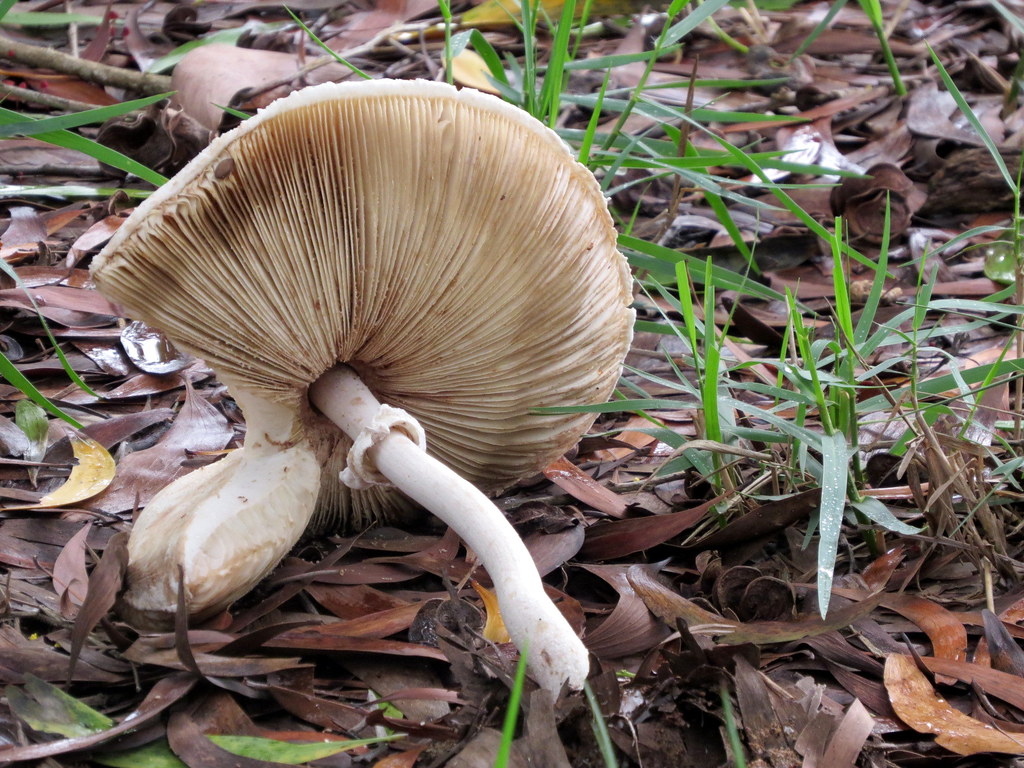 Many mushrooms are supposed to be edible, and very nutritious, too, but I wouldn’t advocate plucking any for the kitchen without knowing more about them! Some can violently disagree with our digestive systems too. 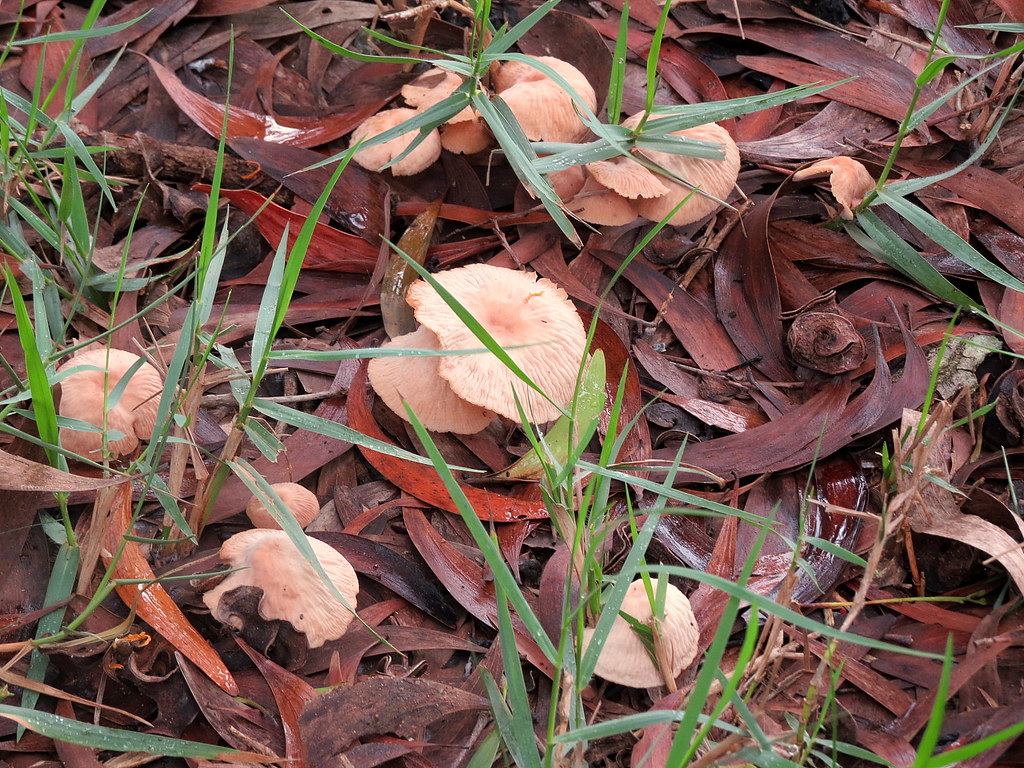 Here’s a beautiful image taken by my friend Vandana Murthy, on 23rd November, 2015: 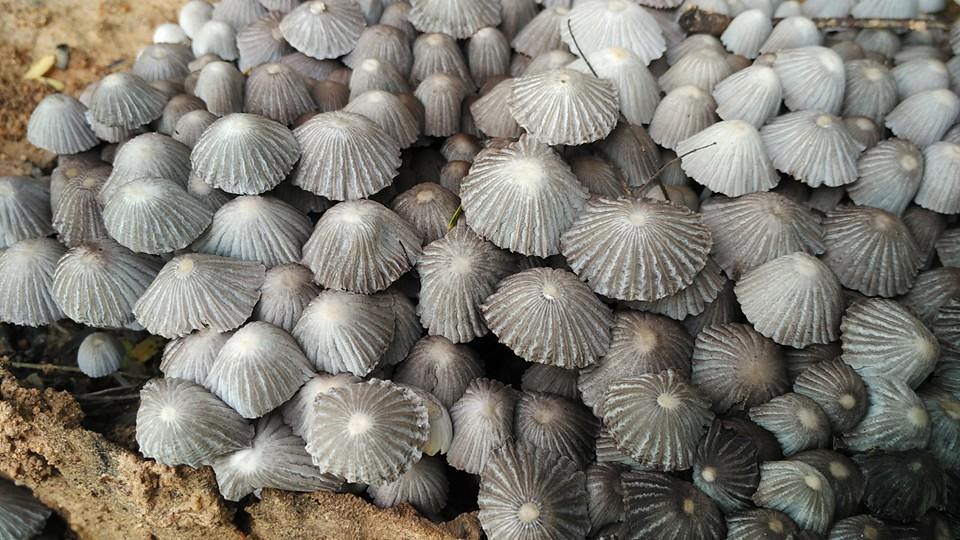 So…looking down as one walks on the grass, or on the trunks of trees, is as much fun in the rains as it can be at other times! Do look at these “fairies’ umbrellas” when next the weather is damp and gloomy, and they will cheer you up!