After having attended the 3rd Sunday outing at Turahalli, Gurjeet Singh,Mohit Aggarwal, Tarachand Wanvari and I decided that Tara should also be able to see the Demoiselle Crane, and off we went to Hulimangala. While we were there, I found that many young lads still delight in the simple pleasures of life.

I found some of them splashing about in the water, and from the tank bund, I called out to one of them to jump in…and so he did! 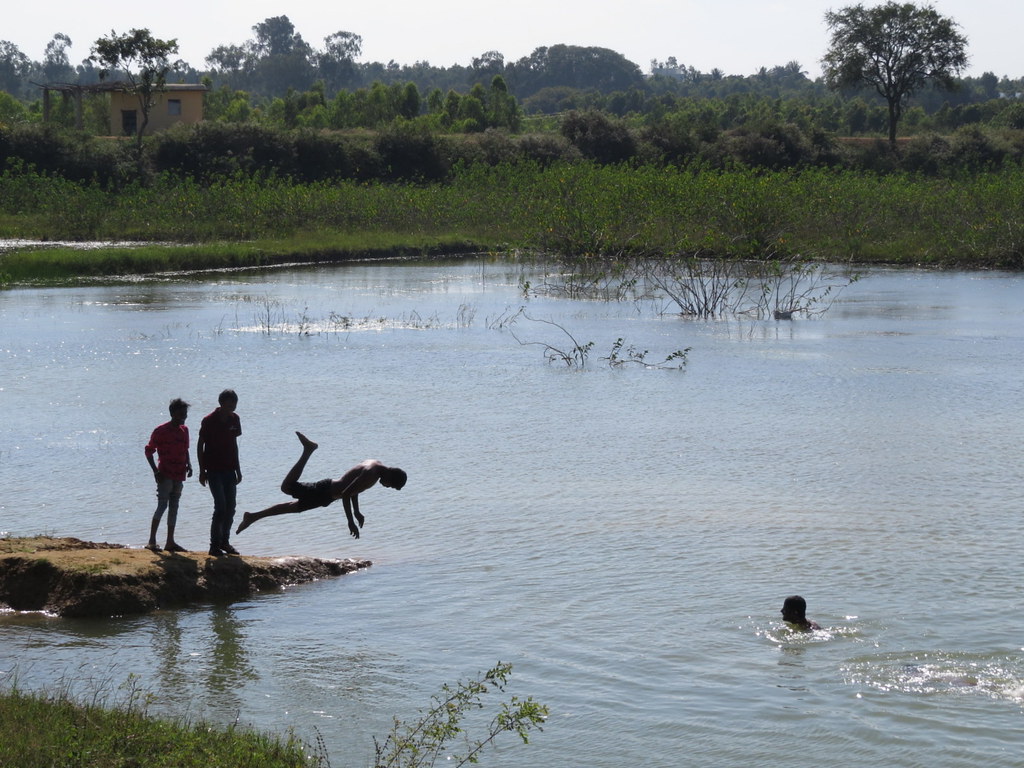 Gurjeet was also taking photographs, and they called out “Singh bhai! Singh bhai” to him, affectionately. So he went down to the water’s edge to show them his photographs…and one of them gave him him email id so that the pic could be posted to them! How cool is that!

This one of my favourite images from the day; you can see my Flickr album

And my FB album (more photos)

No electricity or batteries needed for this joyous pastime!