At the last minute, on Sunday morning, I convinced 20 other birders that instead of going to Valley School, we should bird along the Kaggalipura-Bannerghatta stretch, and then go to check out Hulimangala. And there, at nearly the end of a long birding outing, we saw a migrant which has never before been sighted in the Bangalore area…the 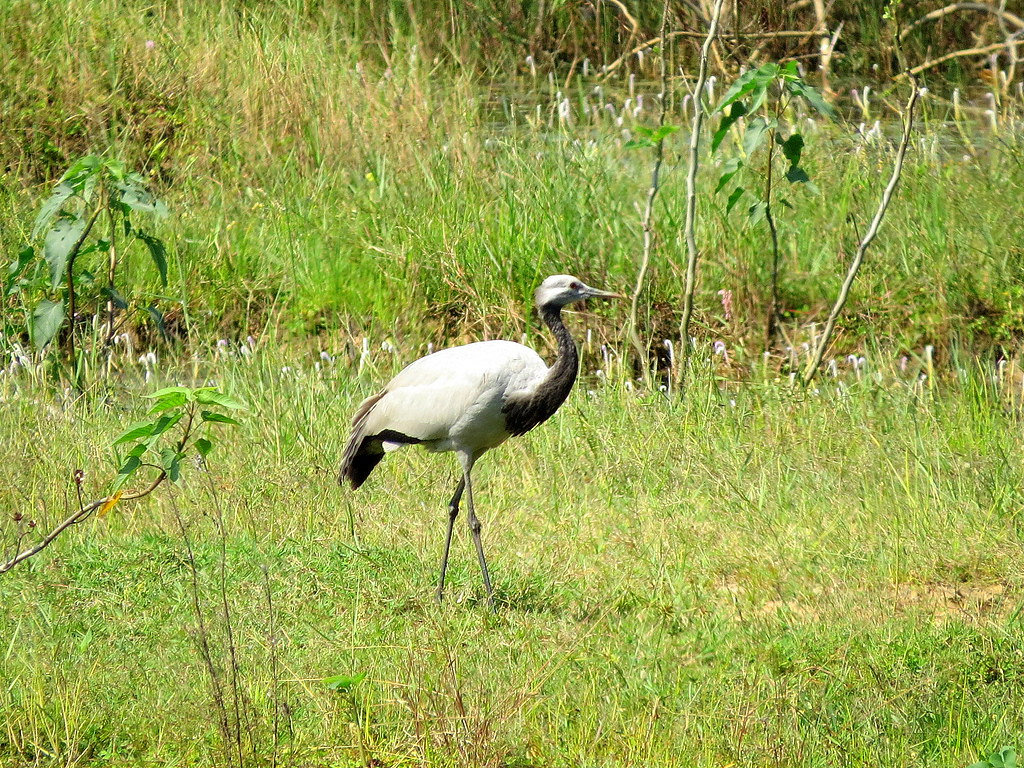 Can you spot the Crane in its habitat? 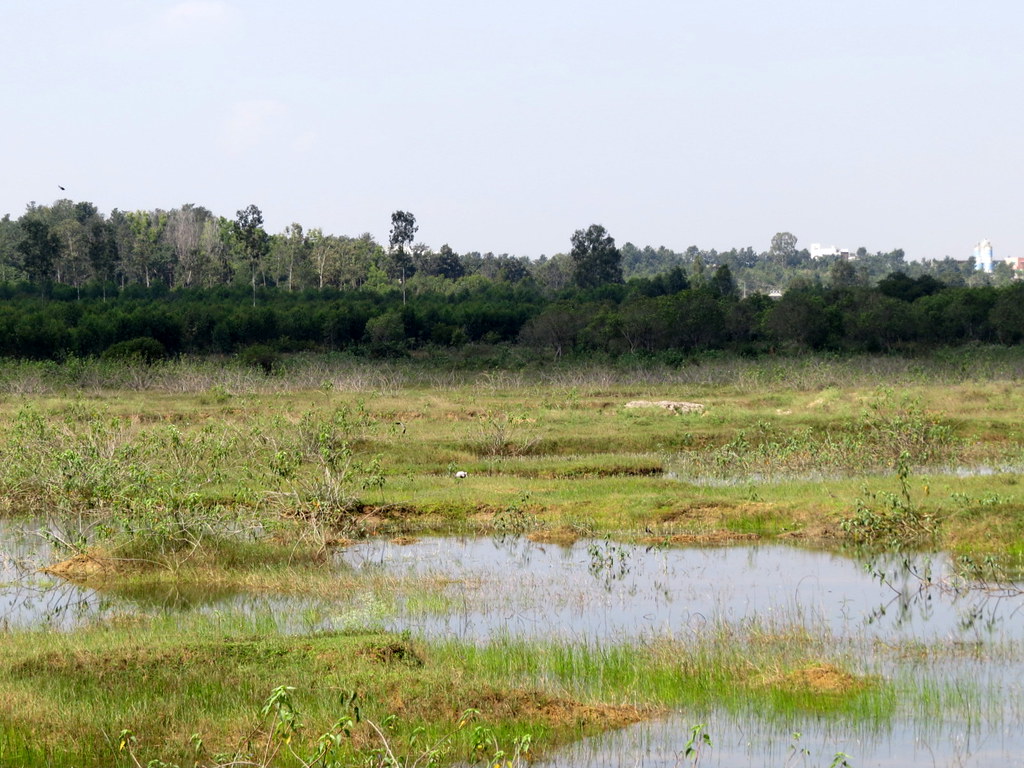 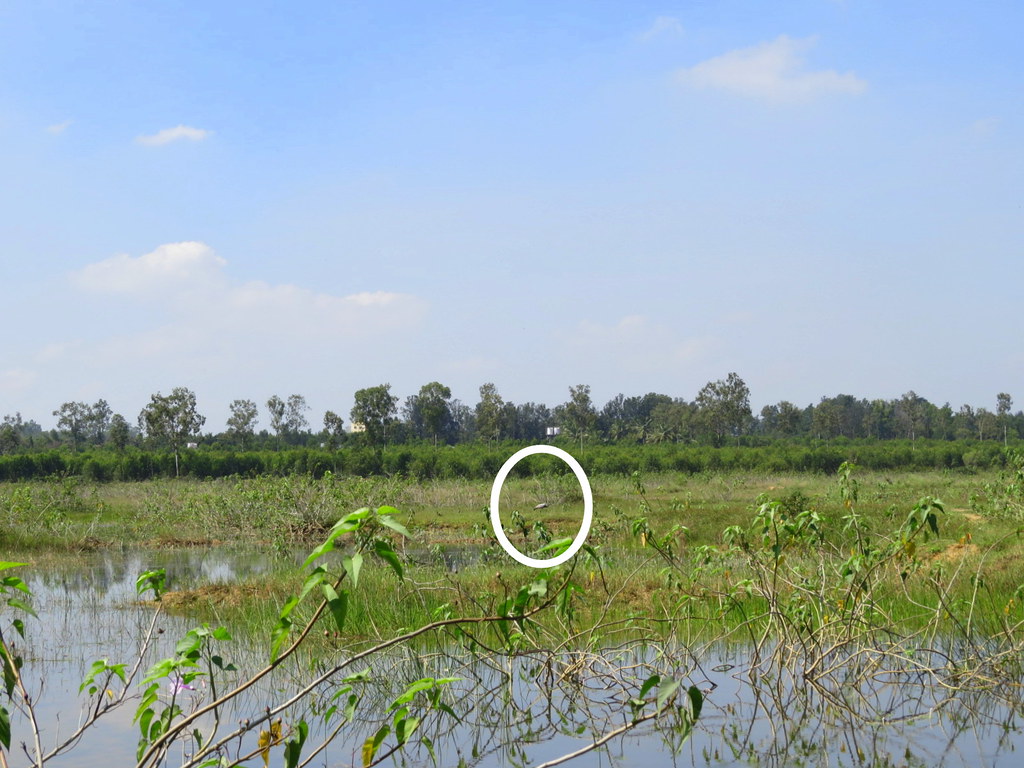 Here’s the video of its foraging and preening behaviour, which I took on 181215:

Demoiselle cranes undertake one of the toughest migrations in the world….as tough as that of the

From late August through September, they gather in flocks of up to 400 individuals and prepare for their flight to their winter range. During their migratory flight south, demoiselles fly like all cranes, with their head and neck straight forward and their feet and legs straight behind, reaching altitudes of 16,000-26,000 feet (4,875-7,925 m). Along their arduous journey they have to cross the Himalayan mountains to get to their over-wintering grounds in India. Many die from fatigue, hunger and predation from golden eagles. 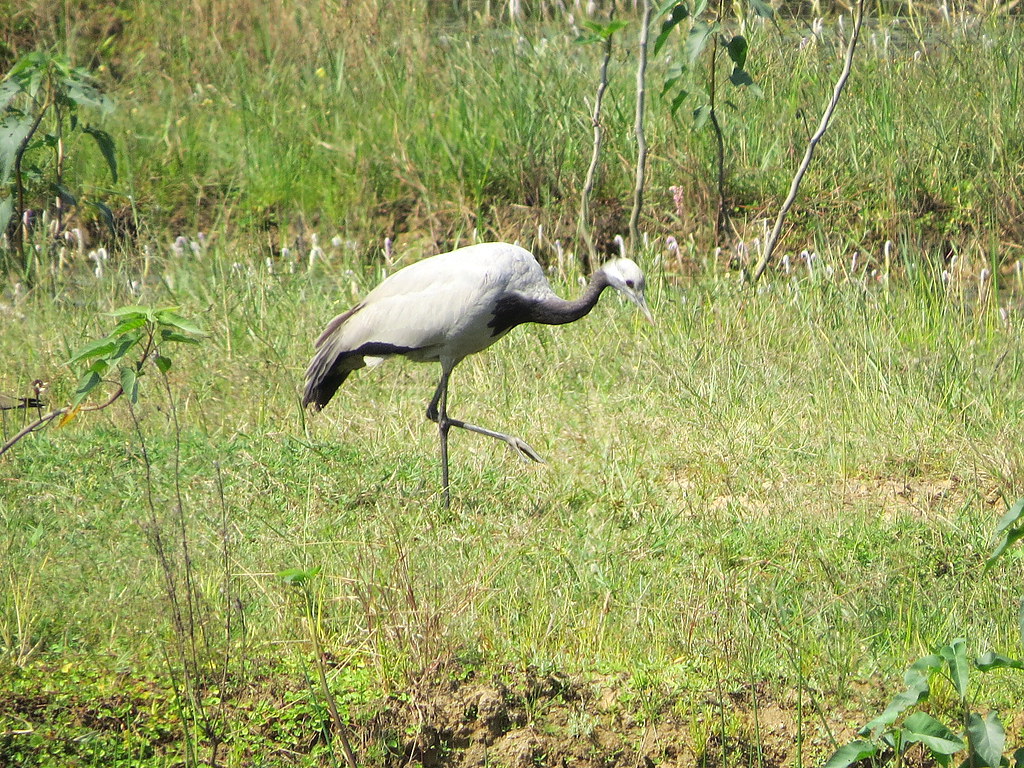 Here is a beautiful video (link provided by David d’Costa), showing how these birds migrate at such incredible heights, crossing the snowy peaks:

I have since got information that there are at least two individuals on the lake. But here’s the first one sighted! 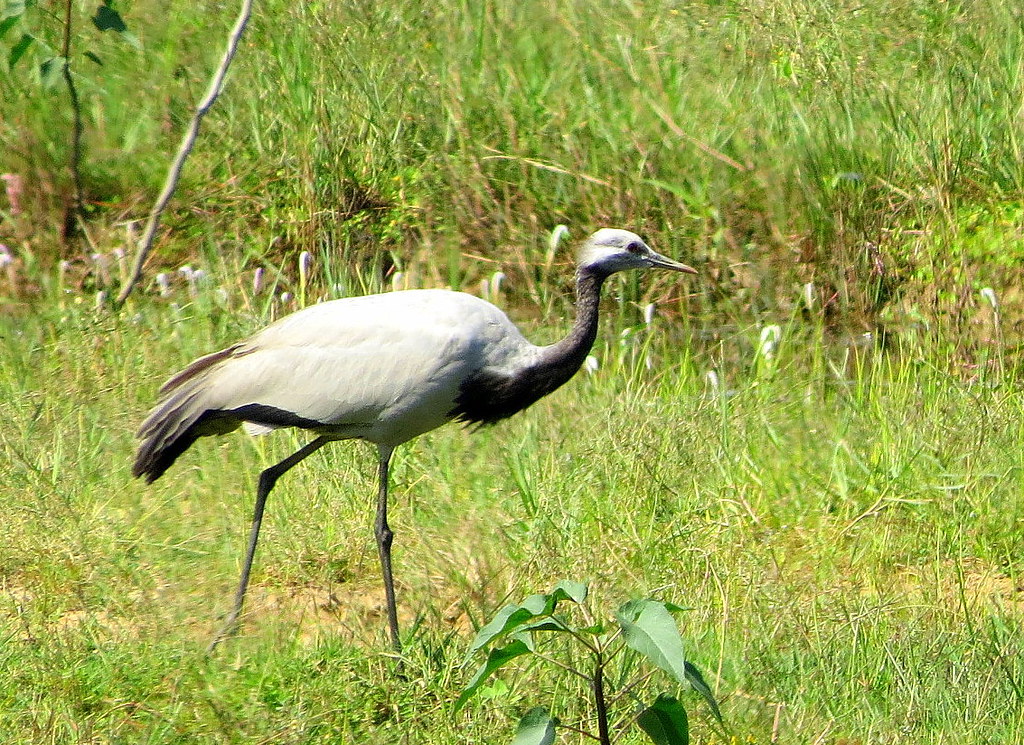