Drama of death and dismemberment

As we meandered through Lalbagh on Sunday (2nd Sunday outing of the Bird Watchers Field Club..we didn't stay with the group very long, though!)…we came upon this jumping spider, which landed on the ground by us, on a long thread of silk. 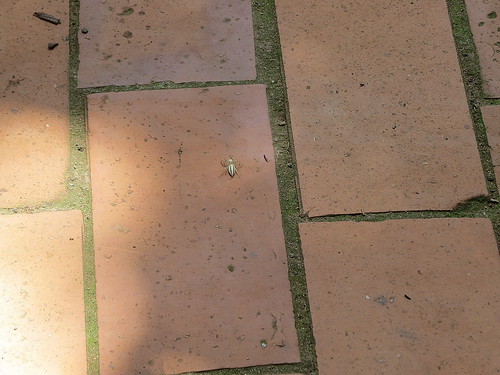 Idle curiosity prompted us to watch..and we were little prepared for the sudden drama of attack and death that followed!

The spider made her way across the path. 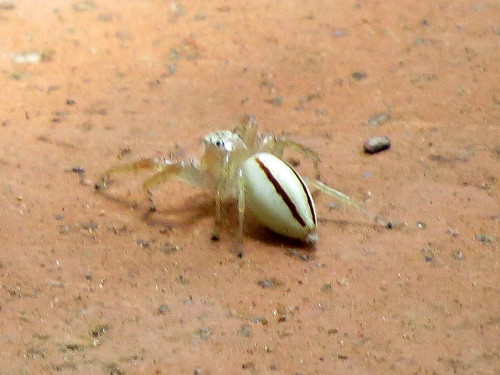 When, all of a sudden, a Solitary Hunter (Pompilid) Wasp zipped in and attached the spider. 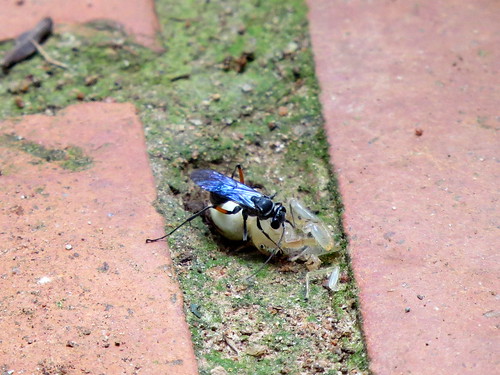 The spider was helpless. One paralyzing bite and it was a permanent sleep for her.

and documents an earlier occasion too)

But…something I'd not seen before! The wasp proceeded, very efficiently, to chop off the legs of the spider. 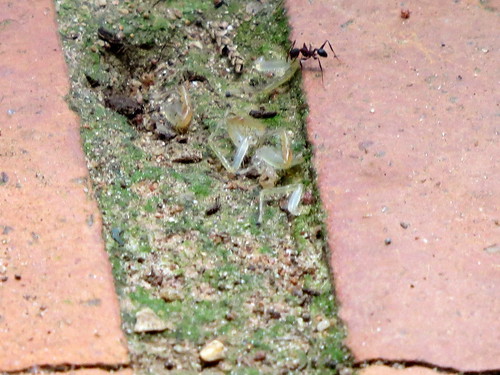 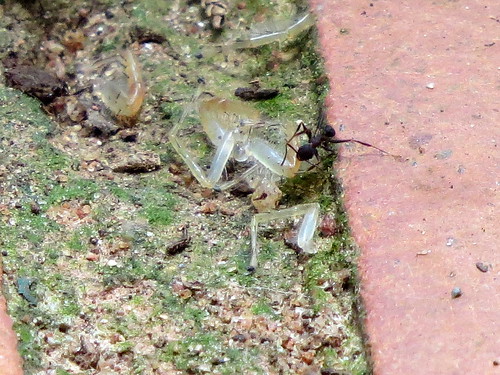 The wasp took the thorax of the spider and rapidly vanished! 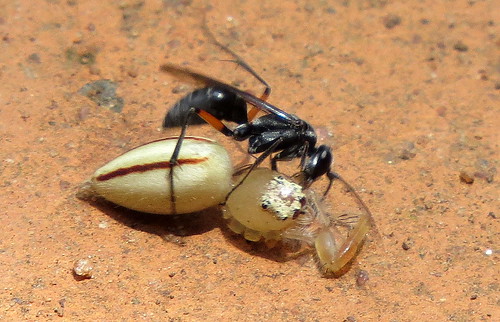 We were rather dumbfounded by the rapidity of what happened…how swift and final events are in the natural world!