While the children played, I just walked along the edge of the small pond there, and found enough to keep me riveted.f 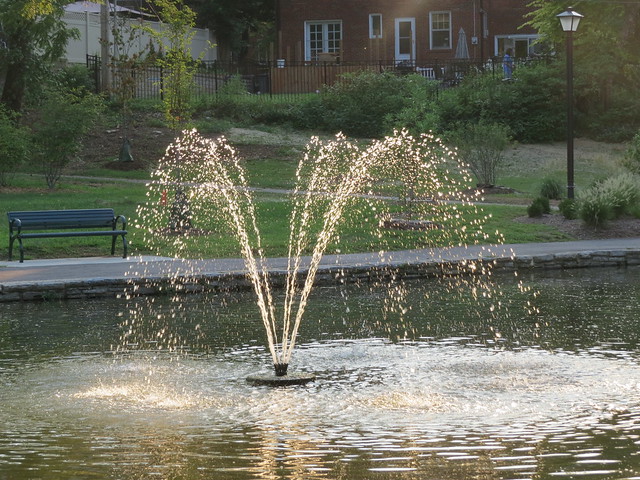 and the Cycling Goldfish 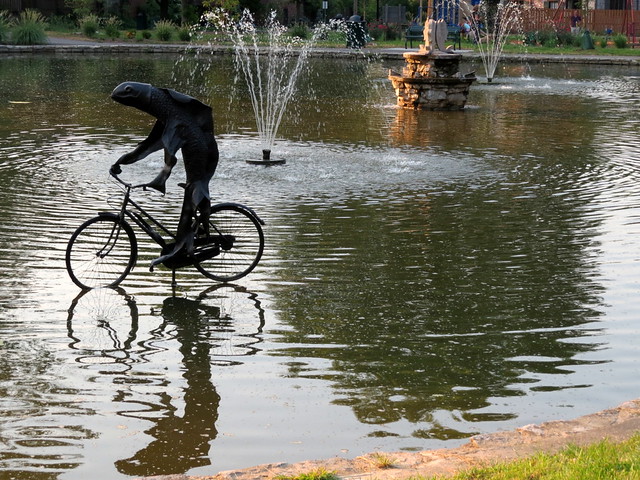 started me off, but I noticed these beautiful dragonflies: 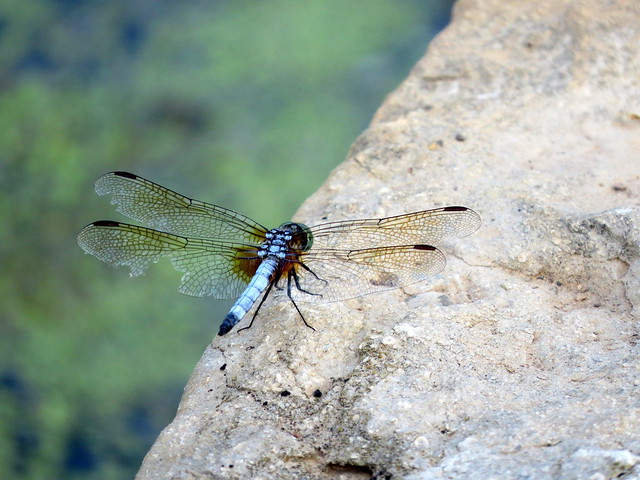 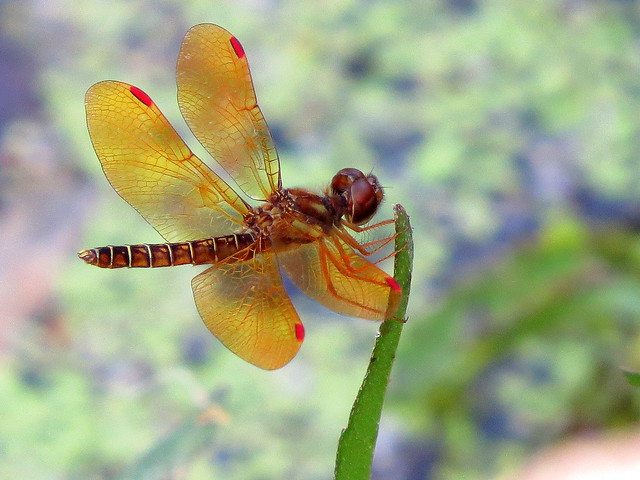 There was also this water beetle (at least, that’s what I think it was) which was tough to capture because it would keep zipping to and fro: 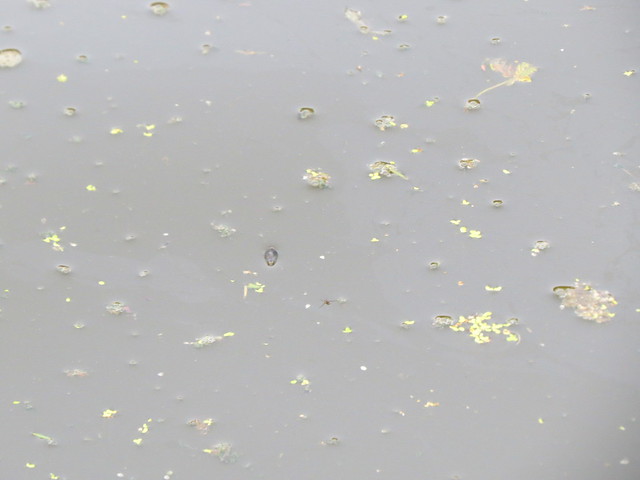 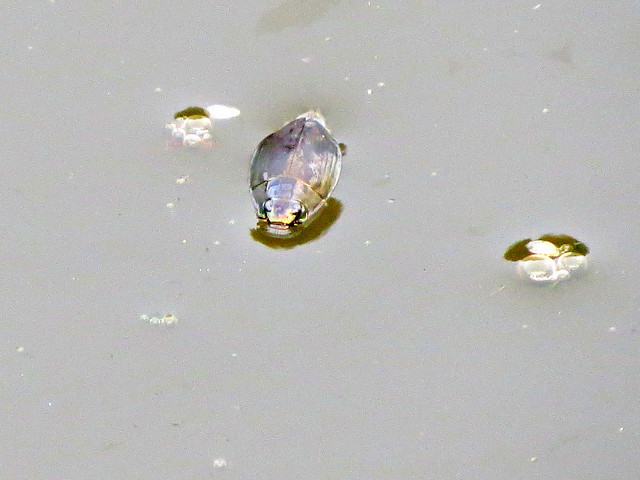 was looking for a place for its nest, or for prey to stun: 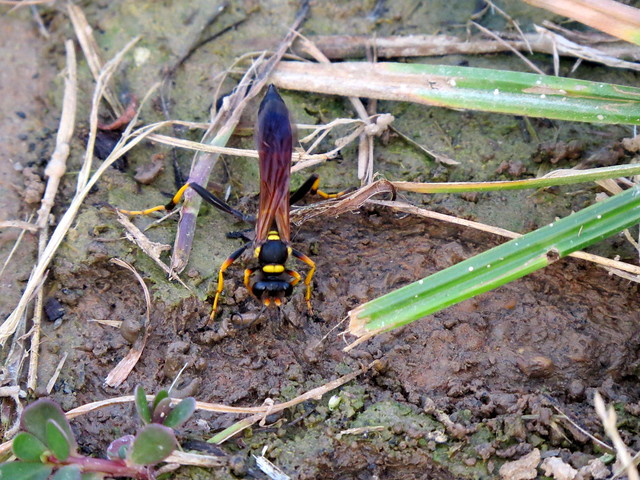 There was death, too, in the pond, where this dragonfly had met a watery end. 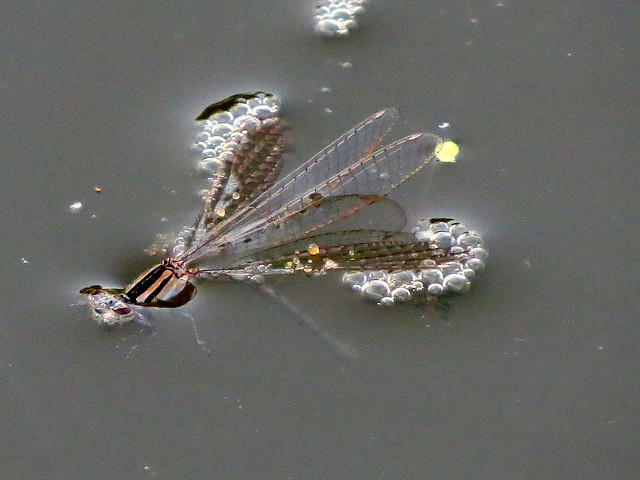 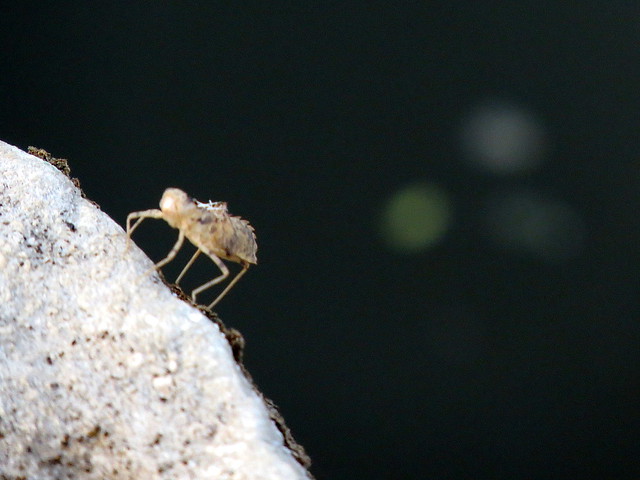 The very grass was beautiful. 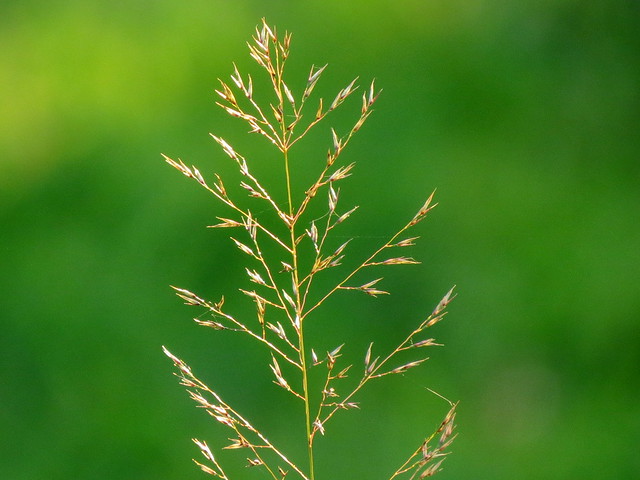 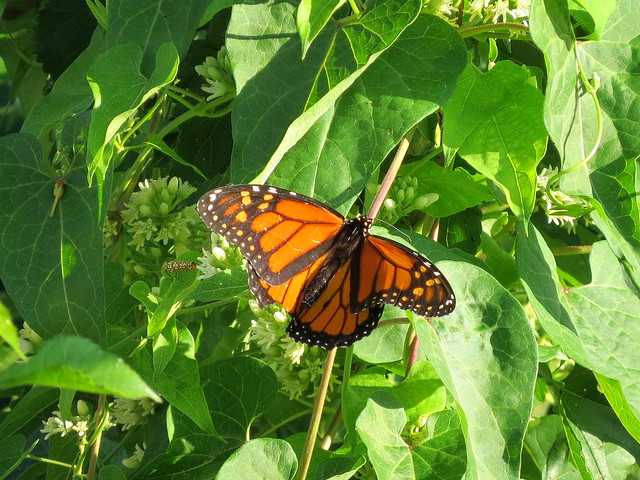 Meanwhile, one mammal had decided to get water from the level most suitable… 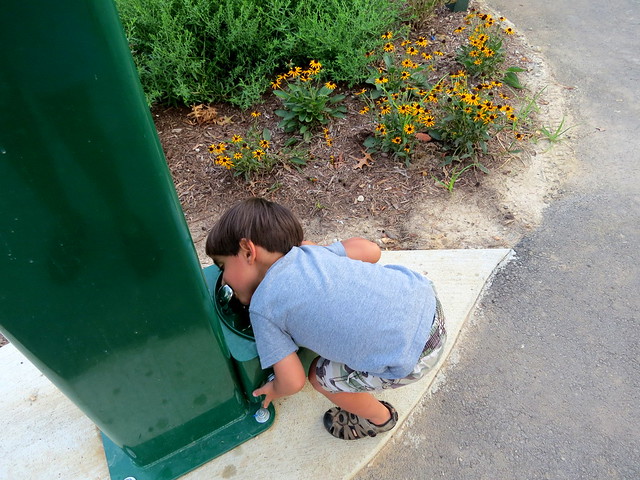 As the mosquitoes got active, we left the park to the cycling fish. 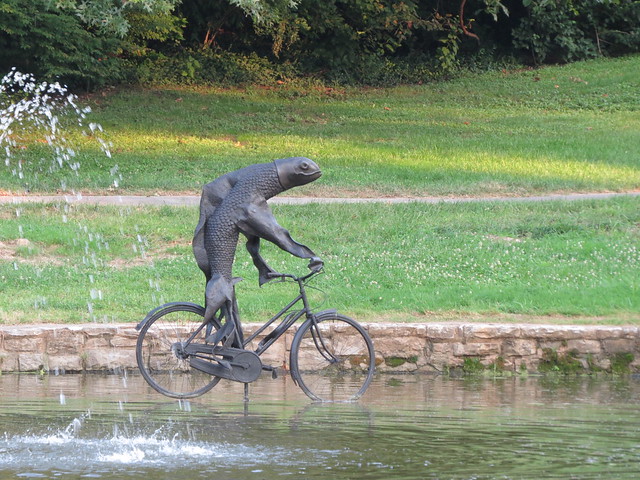