are truly “can they be for real?” birds….they look as if someone touched them with paint colours, here and there! 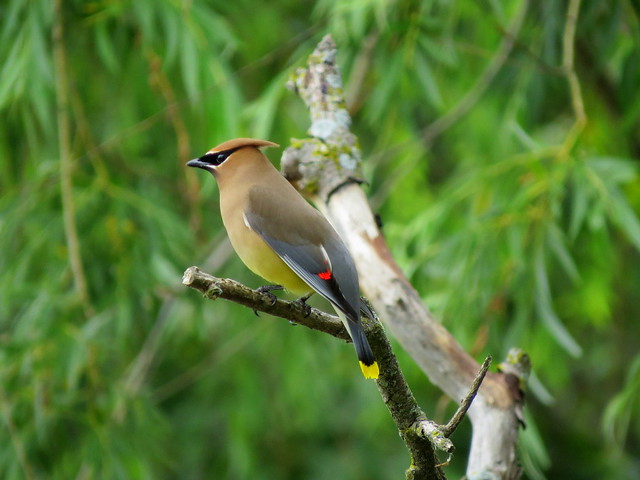 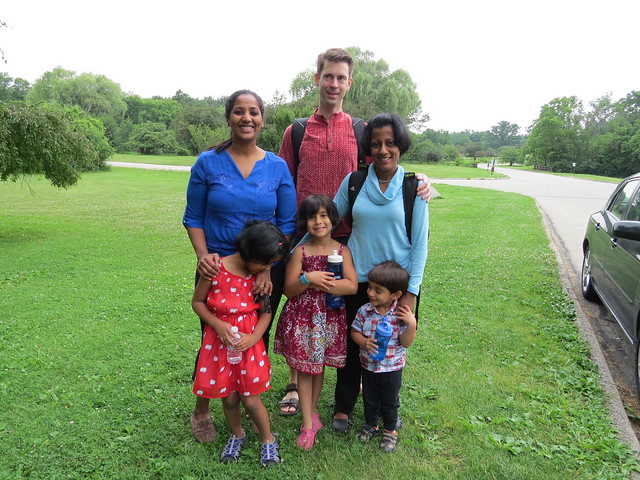 went to the Wehr Nature Reserve, and I found a flock of these delightful birds.

The cedar waxwing (Bombycilla cedrorum) is a member of the family Bombycillidae or waxwing family of passerine birds. It is a medium-sized, mostly brown, gray, and yellow bird named for its wax-like wing tips. It is a “silky, shiny collection of brown, gray, and lemon-yellow, accented with a subdued crest, rakish black mask, and brilliant-red wax droplets on the wing feathers.” 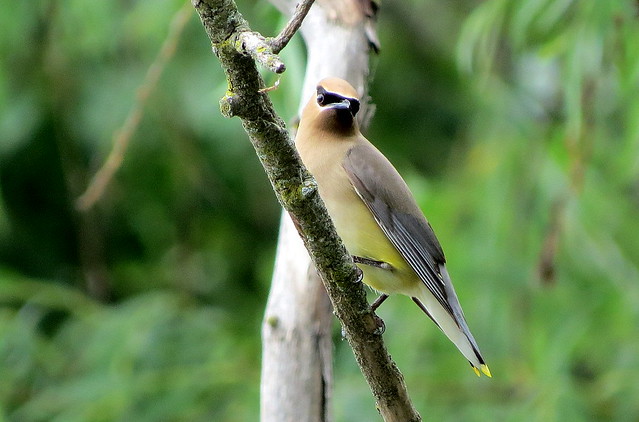 Preferred habitat consists of trees at the edge of wooded areas, or “open” forests, especially those that provide access to berry sources as well as water. They are frequently seen in fruiting trees.[3] Waxwings are attracted to the sound of running water, and love to bathe in and drink from shallow creeks. In urban or suburban environments, waxwings often favor parkland with well-spaced trees; golf courses, cemeteries, or other landscaping with well-spaced trees; bushes that provide berries; and a nearby water source such as a fountain or birdbath. They can also be found near farms, orchards, and gardens, particularly ones with fruiting trees or shrubs. 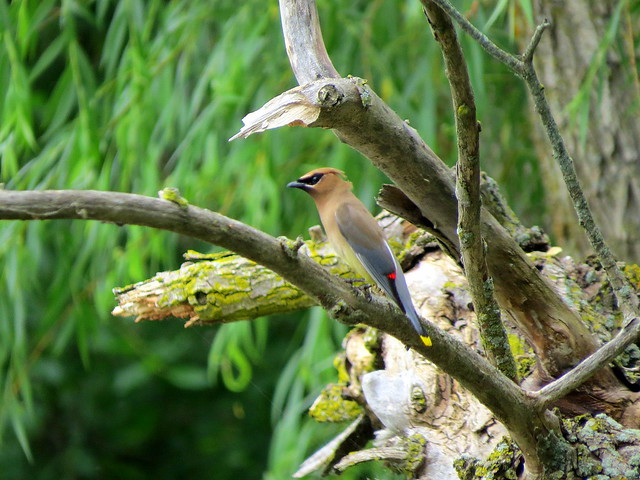 The cedar waxwing eats berries and sugary fruit year-round, including dogwood, serviceberry, cedar, juniper, hawthorn, and winterberry, with insects becoming an important part of the diet in the breeding season. Its fondness for the small cones of the Eastern Red Cedar (a kind of juniper) gave this bird its common name. They eat berries whole. They sometimes fly over water to catch insects. Since we were near water, I was able to observe their insect-catching behaviour for a while.

The two common calls of these birds include very high-pitched whistles and buzzy trills about a half second long, often repeated.Its call can also be described as “high, thin, whistles.” They call often, especially in flight.

Mating season for this bird begins around the end of spring and runs through late summer. The male will do a “hopping dance” for the female. If she is interested, she’ll hop back. During courtship the male and female will sit together and pass small objects back and forth, such as flower petals or an insect. Mating pairs will sometimes rub their beaks together affectionately.

The nest is a loose open cup built with grass and twigs, lined with softer materials.It takes around five or six days for the female waxwing to build the nest and can take up to 2,500 trips back and forth. Sometimes the female will steal nest material from other species’ nests to save time!

The eggs are oval shaped with a smooth surface, of various shades of light or bluish grey with irregular, dark brown spots or greyish-brown splotches. Both parents build the nest and feed the young. Typically, there are one or two broods during the mating season. Young leave the nest about 14 to 18 days after hatching. (getOf course, all this is information..I didn’t see any of it!) 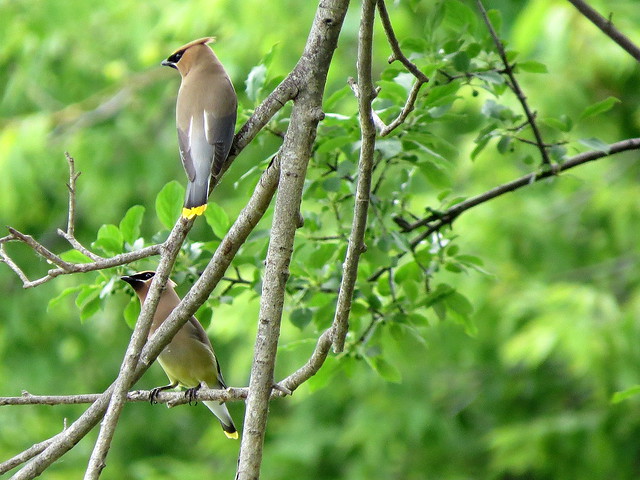 Perhaps one can also see drunken waxwings….the wiki says, “Sometimes, cedar waxwings will eat fruit that is overripe and has begun to ferment, intoxicating the bird.”

I thoroughly enjoyed WTW….Watching The Waxwings, and I hope you did, too!