Watching a family of Killdeer 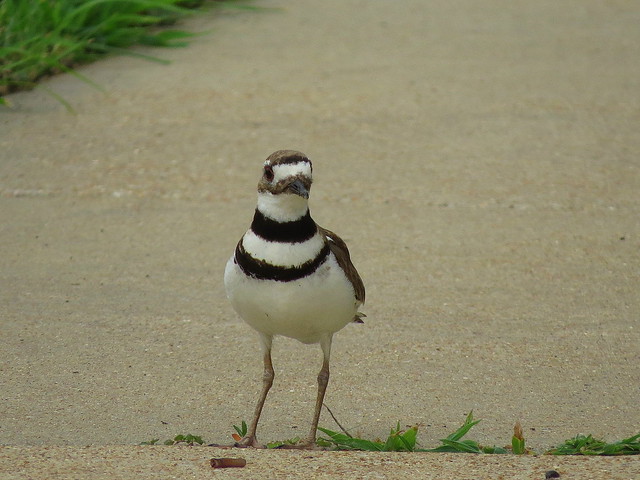 (Charadrius vociferus) is a medium-sized plover. It’s a cousin of the Little Ringed Plover (Charadrius

The adults have a brown back and wings, a white belly, and a white breast with two black bands. The face and cap are brown with a white forehead. The eyering is orange-red. 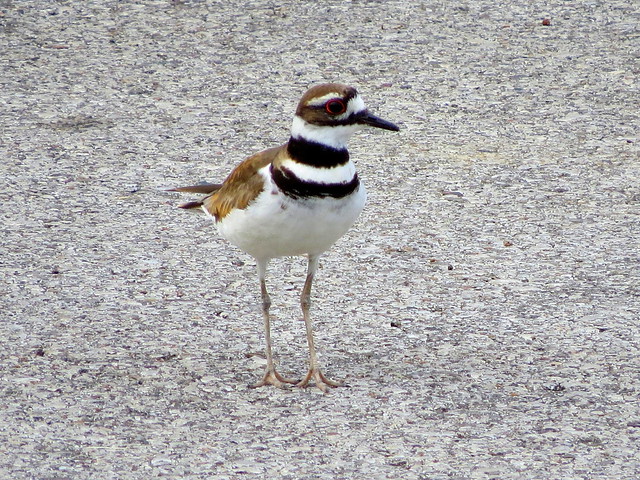 The chicks are patterned almost identically to the adults, and are precocial — able to move around immediately after hatching. 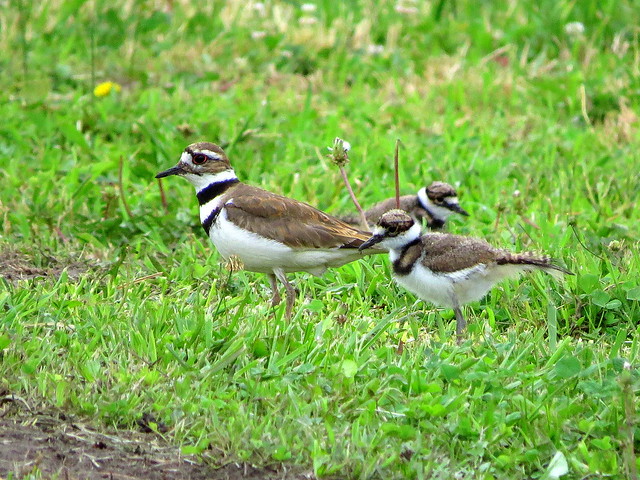 The wiki says, “During nesting season killdeer use open dry uplands, open areas where vegetation is short or absent, agricultural field, and meadows…there is… use of open wetland habitat and savannahs, selecting dry bare ground and dry ground with vegetation within wetland areas.” 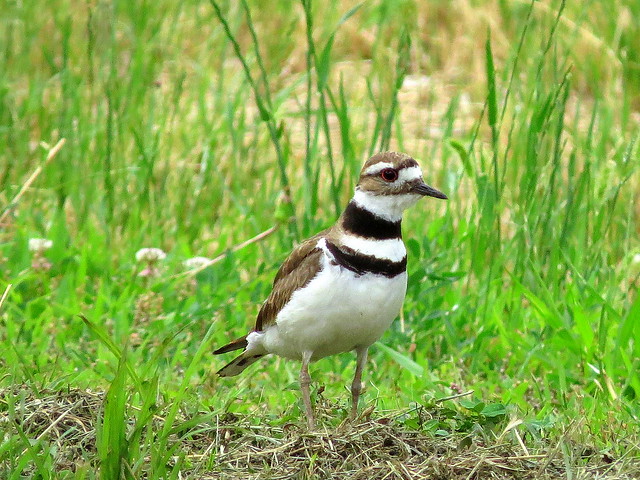 This does not explain the fact that I often see Killdeer in the vacant lot opposite DnA’s home, and indeed, for the past week or so, it’s been delightful to watch a family of two adults and two babies, as they forage in the grass, 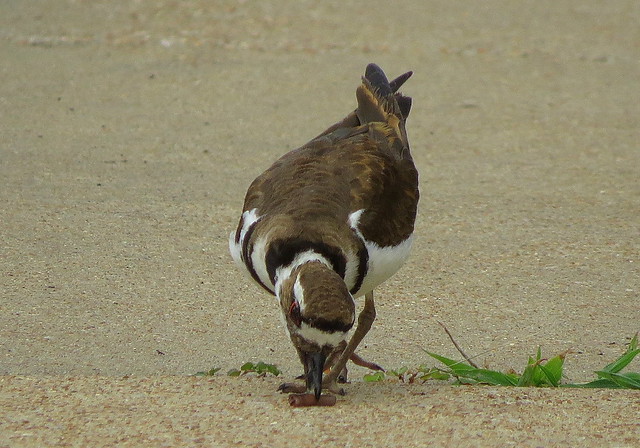 and run around on their long, clockworky legs which work as though wound up very fast! One cannot help laughing at the practically whirring motion of the legs as these birds run across the grass and the road (they don’t seem to want to fly very often.) 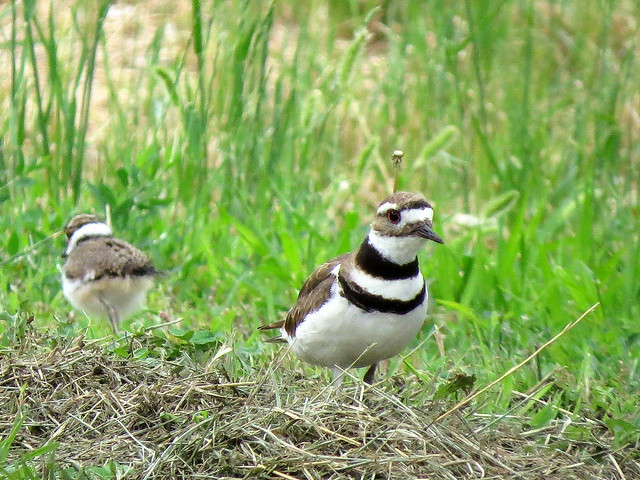 The parents often call their young, as they wander here and there. I am sorry to say that over the years, I have never heard anything from any Killdeer that sounds like their name (“It is named onomatopoeically after its call”) The call I’ve heard is always a fluting kind of cry. Maybe the “killdeer” is its song?

They are migratory in northern areas and winter as far south as northern South America. The wiki says they are found in rural and urban areas: “These birds forage for food in fields, mudflats, and shores, usually by sight. They mainly eat insects. In built up areas they will forage in large parking lots. If those lots are well lit, they may forage at night.”

So I am enjoying the Killdeer family that’s made this street its temporary home, and it’s great fun to see one or the other looking up at me from the front lawn or the crown of the road. This year, I haven’t seen the “lame-wing” behaviour (it’s called a distraction display) that they are known for, but that’s because the babies are already out of the nest, wherever it was. 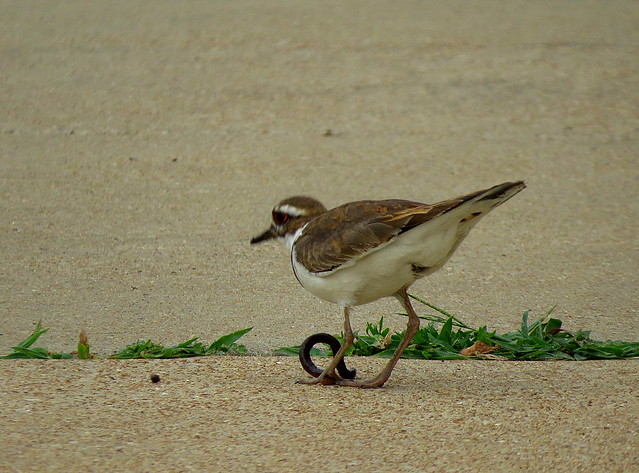 They certainly are not dangerous to deer, but these pretty birds are entertaining me very much for the past few days, and I will miss them when they finally go off!