It’s been two occasions that I’ve been given great opportunities to watch the fastest birds on earth. 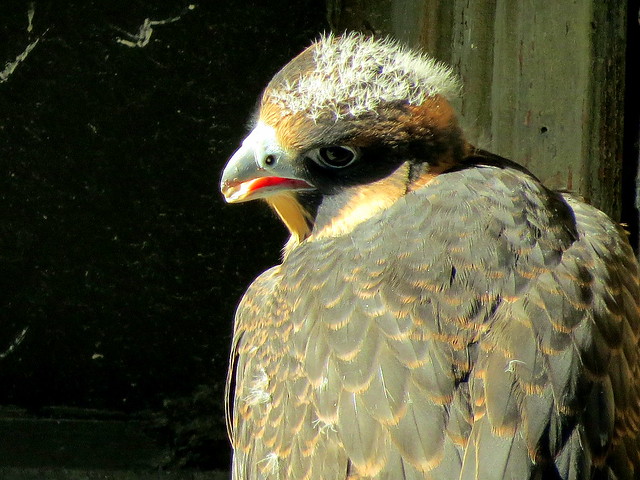 I’ll say bye to the falcons with a final shot of her, with her beautiful eyelids closed as she relaxes a little after mealtime: 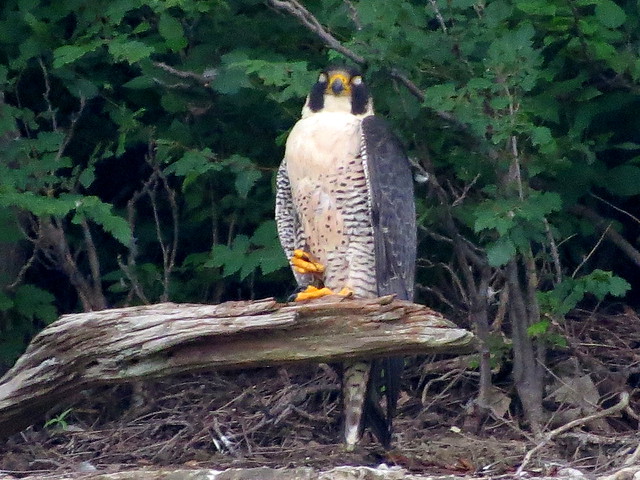 I’m not kidding, as I walked down the road to the station to see the Wash U falcons, here’s a number plate I got: 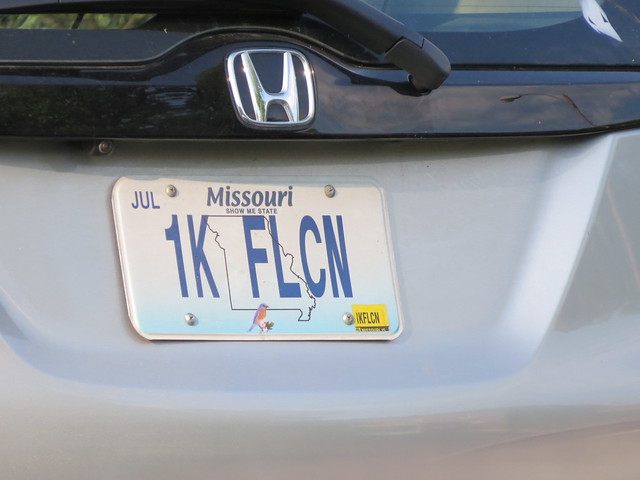