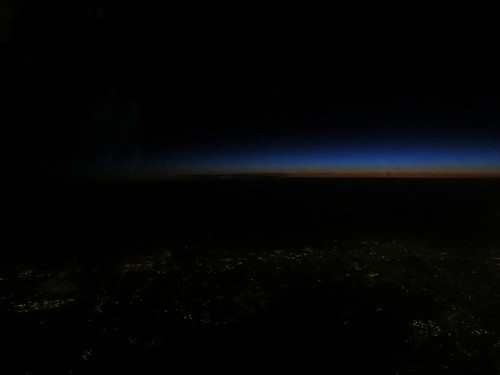 The first leg, Bangalore to Paris (CDG) was jam-packed, so looking out of the window was better than trying to sleep all cramped up. (I had a HUGE co-passenger in the next seat, wouldn’t you know?) 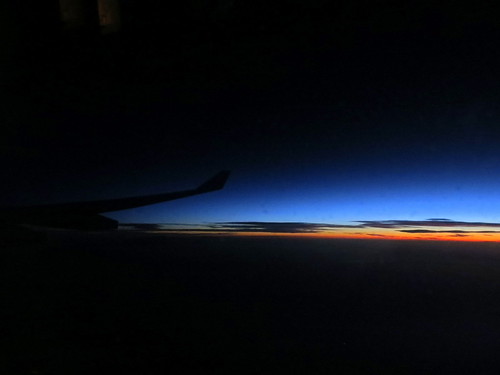 Across Arabia, another flight, far below us: 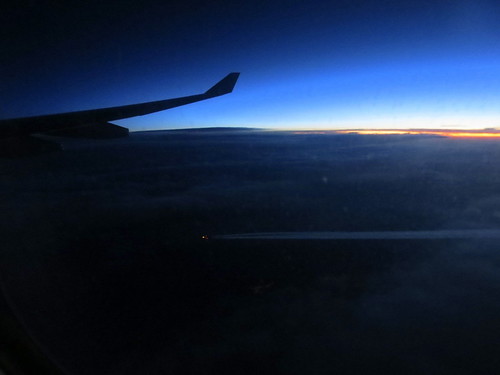 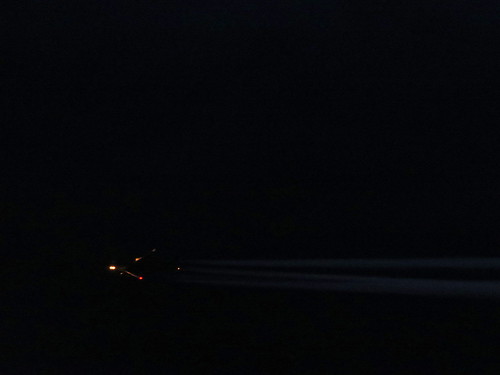 I was harassed again at Immigration (“Why don’t you have a printout of your return ticket? You should have proof of your return.” My goodness…my return flight is 4 months away, why would I need a printout of it, and what proof is it that I will really return?) but only a bit, and I was allowed into the US of A, and after a long wait in Detroit (with a hopeful-but-did-not-happen chance to get some travel vouchers), arrived in St.Louis, where I spent the next day totally knocked out.

I’m doing the laundry now…but after that…I think the runny nose and the sore throat I’ve picked up from my little grandson, the MistyVision(TM), and the residue of the jet-lag…all these mean, back to a nap!