We were five of us on the trip to Bandhavgarh, in Madhya Pradesh,over the past week….in alphabetical order, Karthik, Manjula, Nitin, Sharmila, and YT. Manjula and Sharmila had never seen a tiger; so naturally (with Bandhavgarh being a tiger reserve), the focus was on sighting the big cats.

Alas for the Tiger Focus, we arrived, and cloudy skies turned to heavy rain in which even birdwatching became difficult, leave alone sighting the tigers (we didn’t see any leopards; apparently, leopard sightings are rare in Bandhavgarh, unlike south Indian safaris where they are more common.) So…four safaris, the morning and evening of the 1st and 2nd of March, went by. Though they didn’t say much, I could sense their disappointment, which was not helped by tales of others in our resort having sighted them,and the general question, “Did you see any tigers” being always on the lips of fellow-guests.

A report of a tiger being sighted (rather deep in the jungle and far away from the road) had some jeeps rushing to the spot on the evening of the 2nd, but my friends could not actually see what they wanted to .

By the evening of the 2nd, however, the weather began to clear up, and we started the safari on the 3rd morning with clear skies.

The sun rose in the misty, still-moist forest: 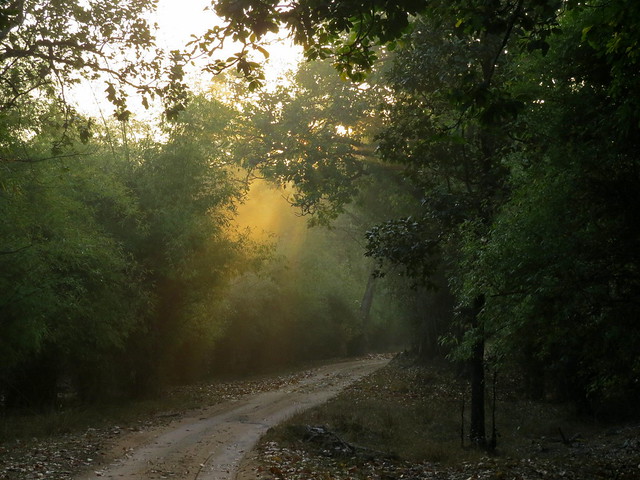 We had seen pugmarks, and fresh scat, earlier: 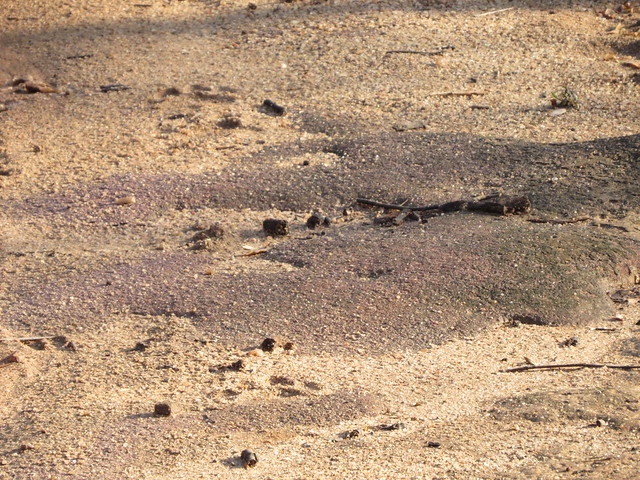 I will be posting about the historic temples and buildings that we saw, the birds we sighted (and sometimes stopped to observe), the many plants and trees I clicked, and the other mammals in the jungle, too….but meanwhile, here’s to the tiger, the umbrella species of conservation in the Indian jungles. Is it good luck or bad, for this animal to be the single-minded focus of so many visitors to the wild, from all over the world? Are we conserving the animal, or helping it along to extinction?

The future of our tigers…it seesaws up and down like the terrain this lady traverses! 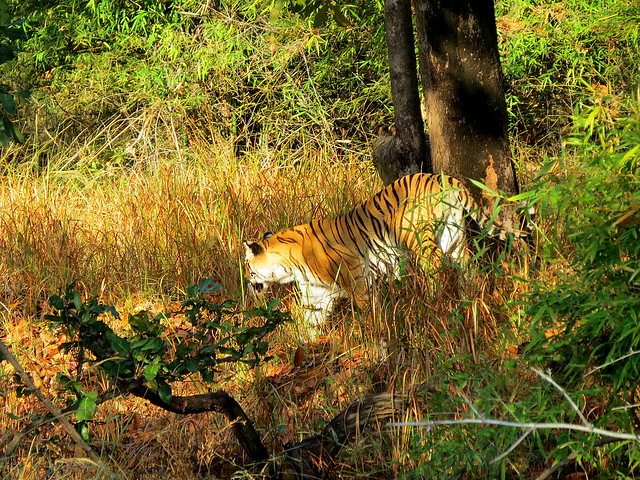