We set out to go to Gulakmale.our plans changed as we got into the Lions’ car..and it turned out to be a memorable day of excellent birding, and much else besides.

One of the scenes I watched was a difference of opinion between between a Little Cormorant and a Great Egret. 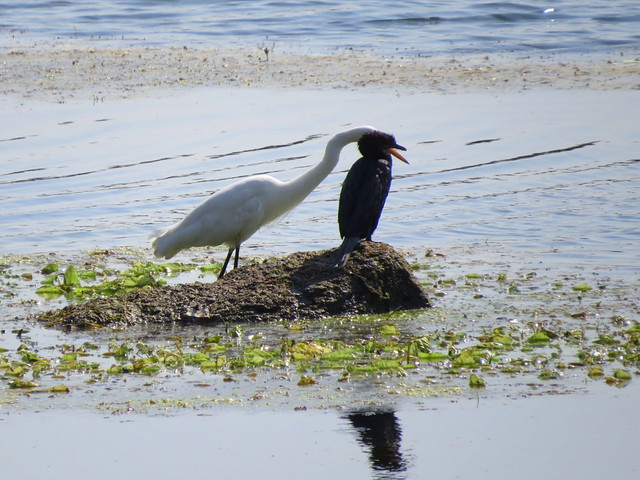 They seemed, at first, to be quite companionably sitting next to each other on a sandbar in the lake. But the Egret seemed to be “over” reaching… 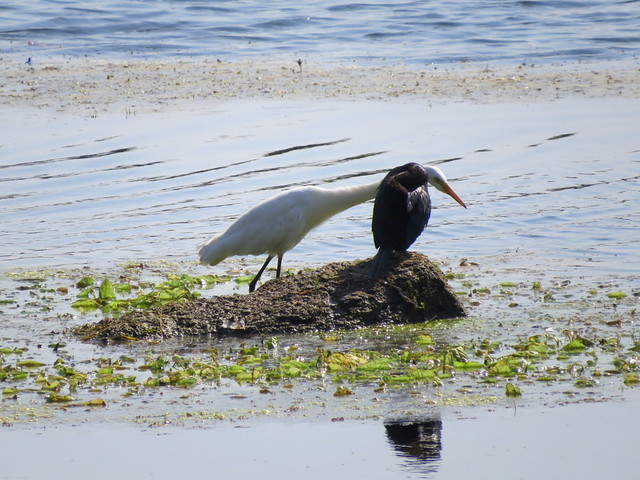 But then…the altercation broke out! 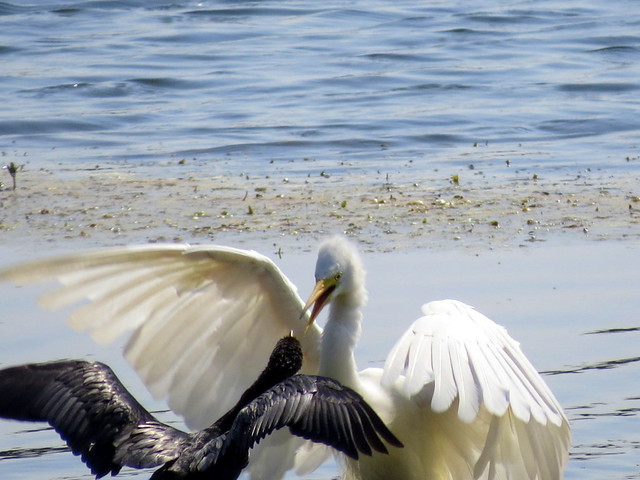 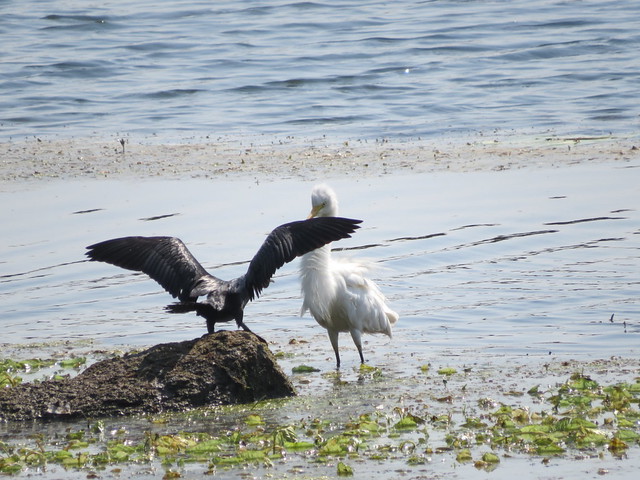 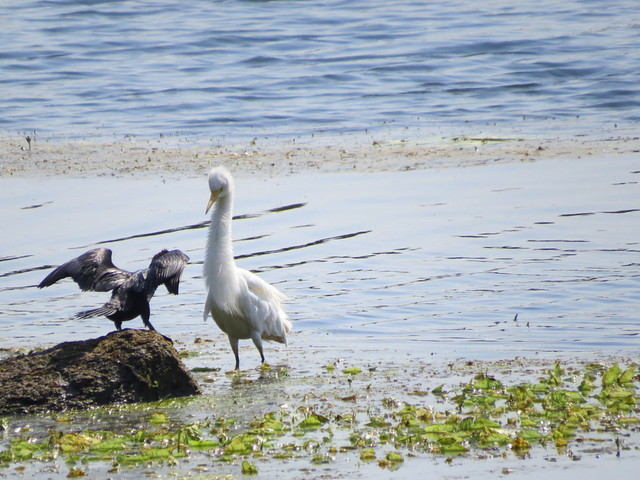 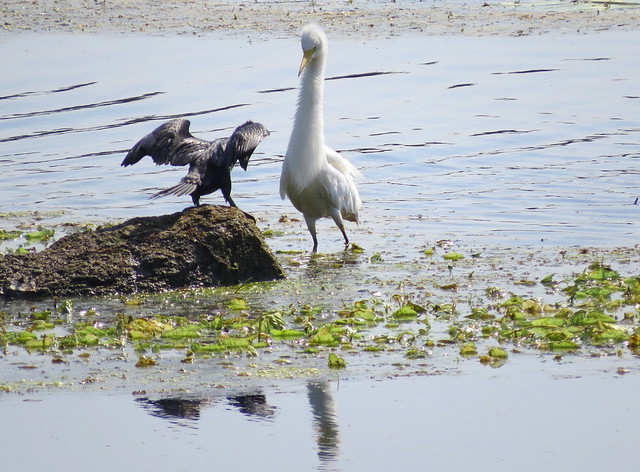 If you see the neck of the Egret you’ll know the meaning of the phrase, ruffled feathers! 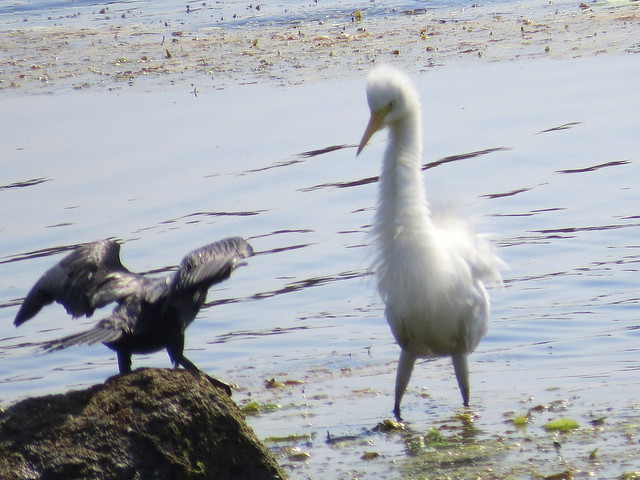 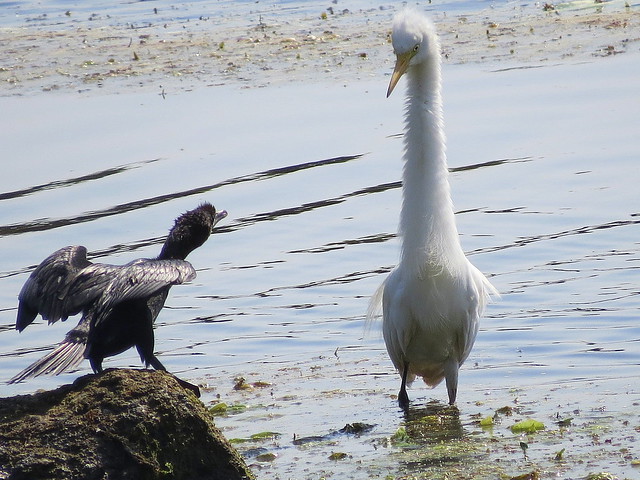 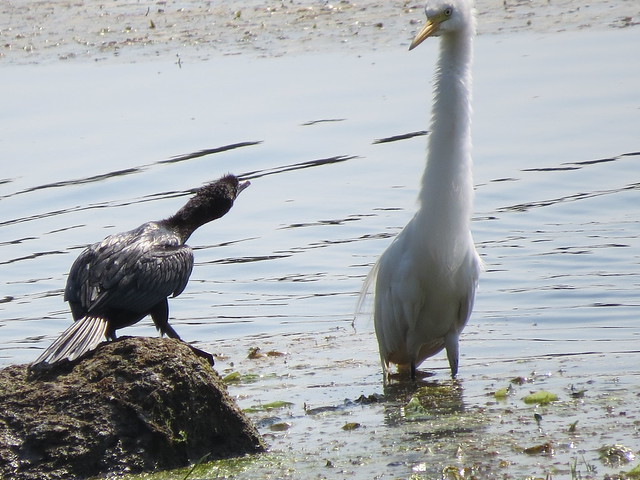 The Cormorant would appear to have won this bout…the poor Egret sloped off. 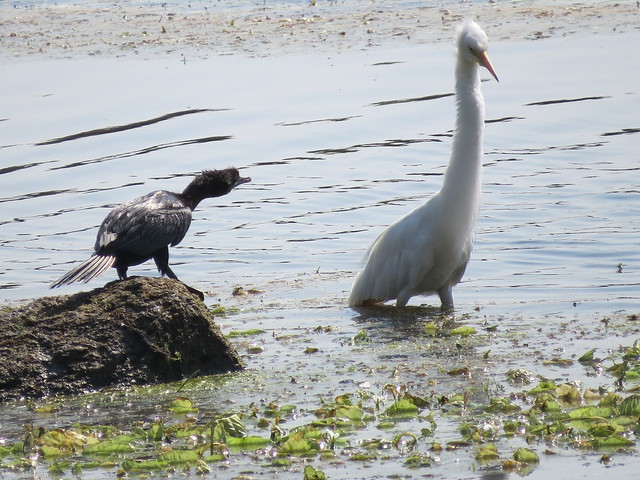 Was it a battle between “little” and “great”? Was it an altercation between “black” and “white”? Who knows what the sparking point for quarrels, arguments…and wars…are?