On the Kollegal-Malavalli trip, that was such a great outing, I sighted several interesting things apart from the birds.

In one village, where this Goddess had her temple:

I found an area with several Hero Stones, venerated and maintained well. 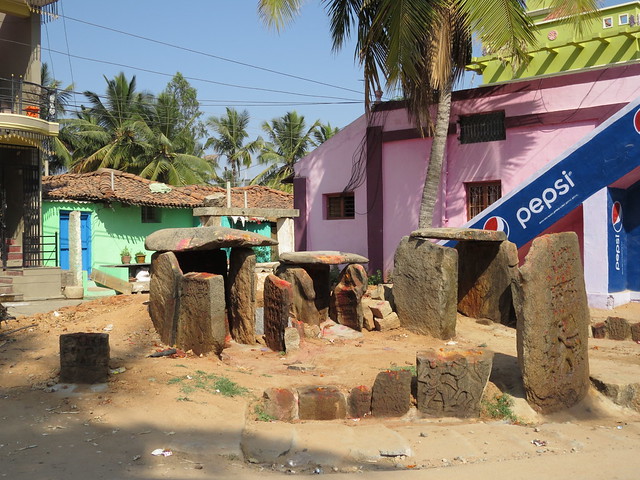 called “virgal” in Kannada, and “nAttukkal” in Tamizh, are memorial stones, commemorating the honorable death of a hero in battle, acccording to the Wiki entry.

Erected between the 3rd century BC and the 18th century AD, hero stones are found all over India. They often carry inscriptions displaying a variety of adornments, including bas relief panels, frieze, and figures on carved stone. 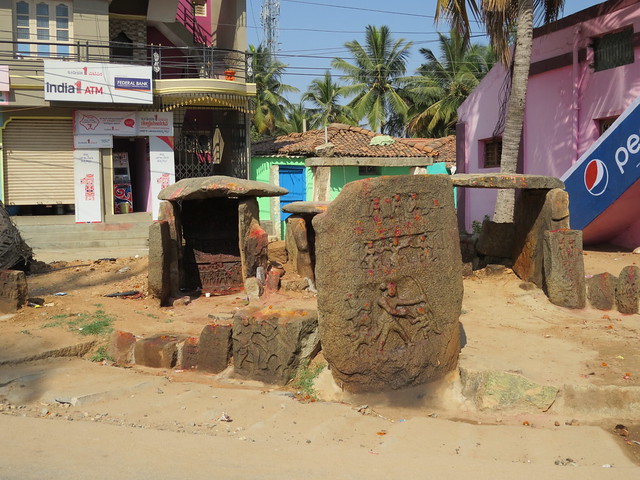 Usually they are in the form of a stone monument and may have an inscription at the bottom with a narrative of the battle. According to the historian Upinder Singh, the largest concentration of such memorial stones are found in the Indian state of Karnataka. About two thousand six hundred and fifty hero stones, the earliest dated to the 5th century have been discovered in Karnataka. 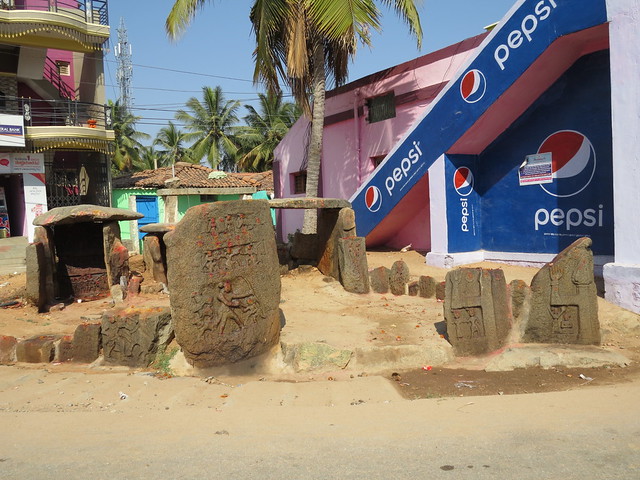 The custom of erecting memorial stones dates back to the Iron Age (1000 BCE–600BCE) though a vast majority were erected between the 5th and 13th centuries AD. A hero stone was usually divided into three panels, but occasionally, into four or five panels depending on the event. The upper panel depicts the subject worshiping a deity such as a Shiva linga, the middle panel depicts the hero sometimes seated in a palanquin or a shrine being lifted toward the heavens by apsaras (heavenly nymphs), and the lower panels would display battle scenes.

The stones are found alone or in groups, often near an irrigation tank or lake outside a village. Creating hero stones had been prevalent since the Sangam period dating back 2300 years, and the practice continued until the Nayaka and post-Nayaka period to about 1800 A.D.

Well, that was one great slice (or rock?) of history that I found in a village that we passed. But later, we also drove through. 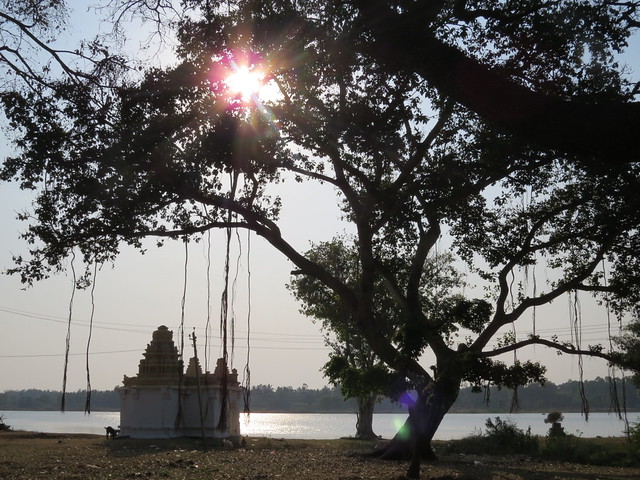 Talakkad , a desert-like town on the left bank of the Kaveri river 45 km (28 miles) from Mysore and 133 km (82 miles) from Bangalore in Karnataka, India. 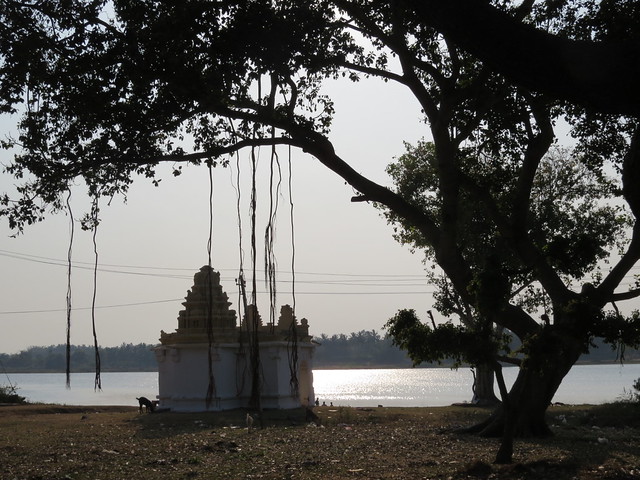 It once had over 30 temples, most of which now lie buried in sand. 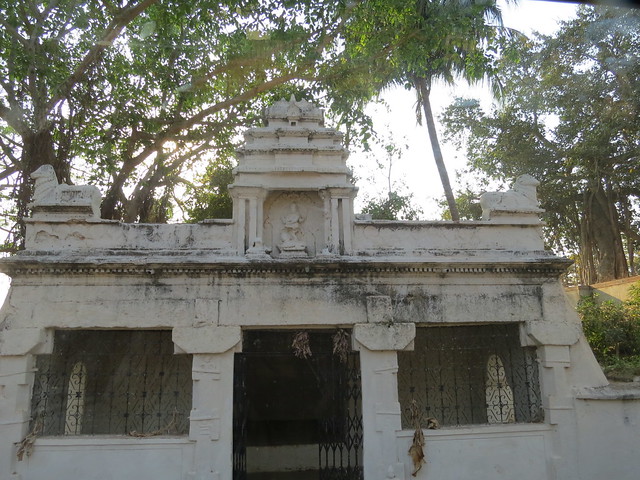 The extant goup of temples, where the eastward flowing Kaveri river changes course as the sand on its banks spreads over a wide area, is a popular pilgrimage site for Hindus. 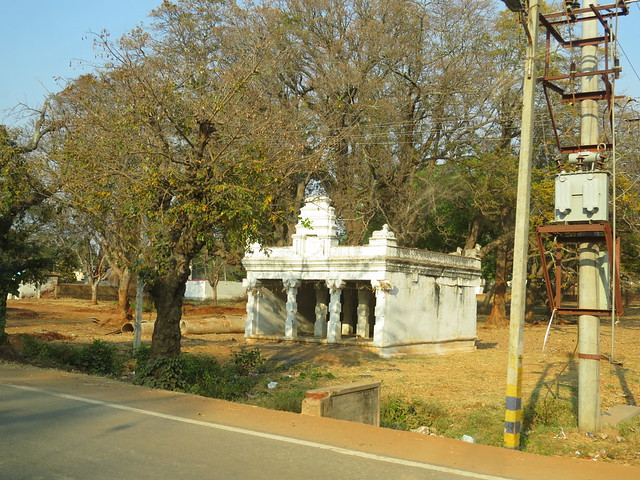 The town has the following mix of history and mythology:

The origin of the town is lost in antiquity; but one tradition is that its name was derived from two Kirāta twin brothers, Tala and Kādu, who, cutting down a tree which they saw wild elephants worshiping, discovered that it contained an image of shiva, and that the elephants were Rishis, transformed. The tree being miraculously restored, all obtained mōksha and the place was named Tala-kādu, which was translated into Sanskrit as Dala-vana. Two stone images declared to represent the brothers are pointed out in front of the temple of Veerabadra Swamy. In a later age, Rāma is said to have halted here on his expedition to Lanka. 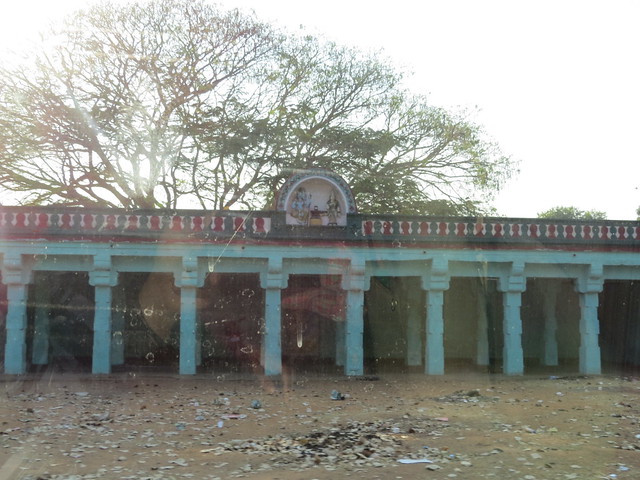 The earliest authentic mention of the city of Talekād or Talakādu, in Sanskrit Dalavana-pura, is in connection with the Ganga line of kings. Harivarma, who has been assigned to find a place (247-266 A.D) was, according to an old chronicle, installed at Skandapura , but resided in the great city of Dalavanapura in the Karnāta-dēsa. Thenceforward Talkād became the capital of these powerful sovereigns and there the subsequent kings of that line were crowned. 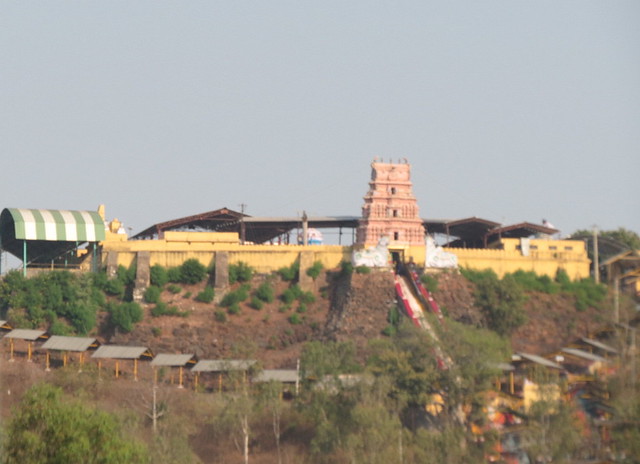 Talakad is also associated with a curse!

Tirumala-Rāja, sometimes called Srī Ranga Rāya, the representative of the Vijayanagar family at Seringapatam (Srirangapatna), being afflicted with an incurable disease. He came to Talkād to offer sacrifices in the temple of Vaidyēsvara. His second wife Alamelamma was left in charge of the Government of Srirangagapattanam ; but she, hearing that her husband was on the point of death, soon after left for Talkād with the object of seeing him before he died, handing over Srirangapattanam and its dependencies to Rāja Wodeyar of Mysore, whose dynasty ever since retained them. It appears that Rāja Wodeyar had been desirous of possessing the jewels which was the property of the Rāni, and being unable to obtain them, and eager to seize at any pretext, he levied an army and proceeded against the Rani, conquering Talakad in 1610. 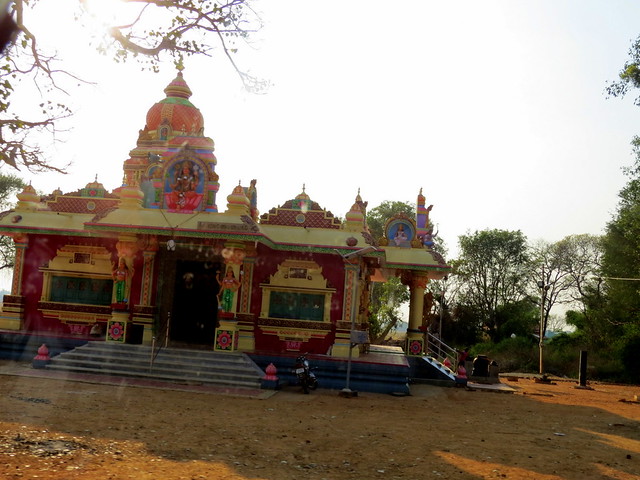 Rāni Alamelamma thereupon went to the banks of the Cauvery, and throwing in the jewel, drowned herself opposite Mālangi, at the same time uttering a three-fold curse.”Let Talakād become sand ; let Mālangi become a whirlpool ; let the Mysore Rājas fail to beget heirs.” The latter part continued to effect the royal family, and the last scion, Srikanta Datta Wodeyar, died heirless. Though an heir has been “officially” adopted and declared recently, the (male) blood line of the Wodeyars has come to an end.

So much history…and story…lies buried in the sand and stones of my land….Oh, mother Kaveri, how many tales thou hast, to tell; and how many more lie hidden behind the veil of the centuries?

and the pictures of other interesting things are