As birders, it was a very warm welcome that we got from the people at NPCL (Nuclear Power Corportion Limited) when we met at Kaiga, for the Bird Marathon. 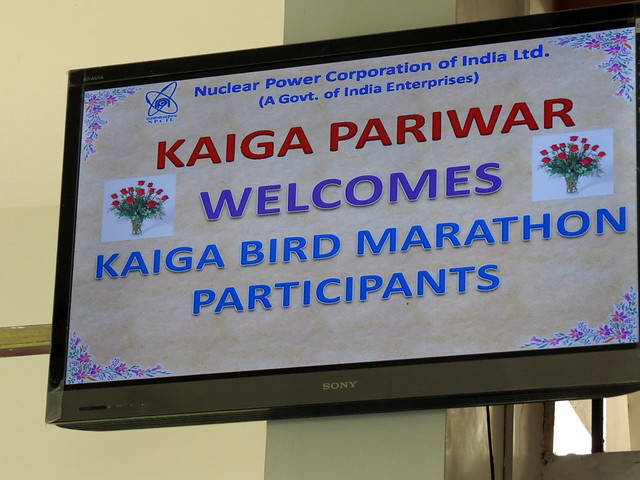 The event was a part of the Environmental Stewardship Program. 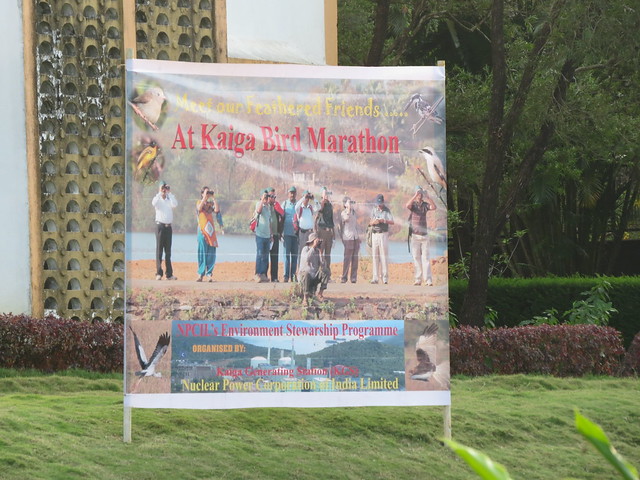 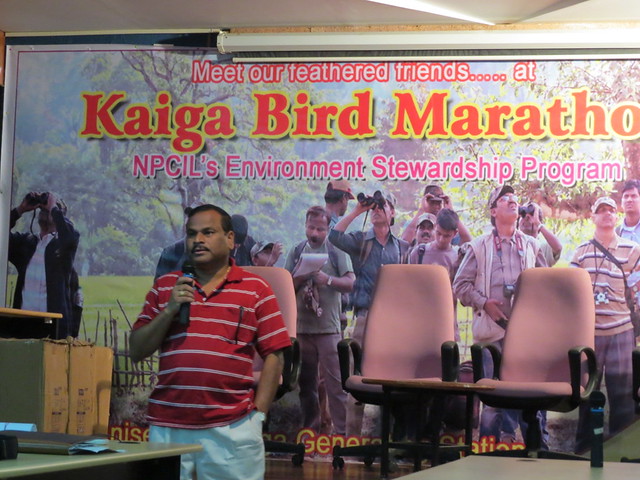 Here we all are: 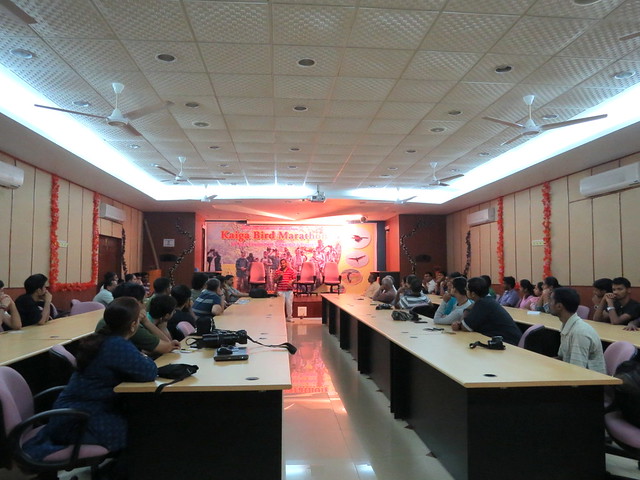 There was a large group of young men and women from the Forestry College, Sirsi. 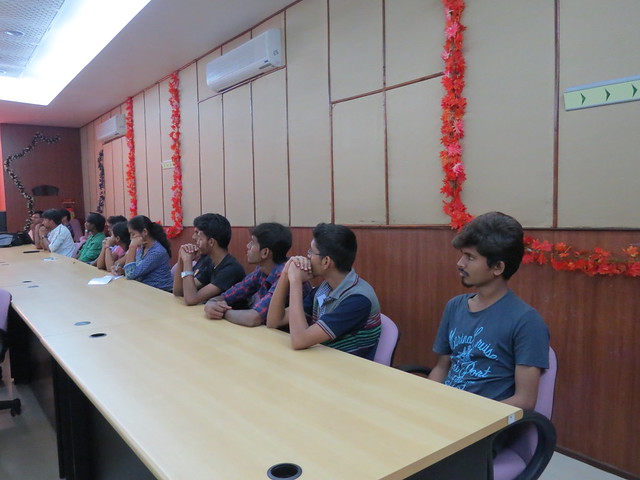 Three of these young men were on my team the next day, and proved very knowledgeable about plants and trees. 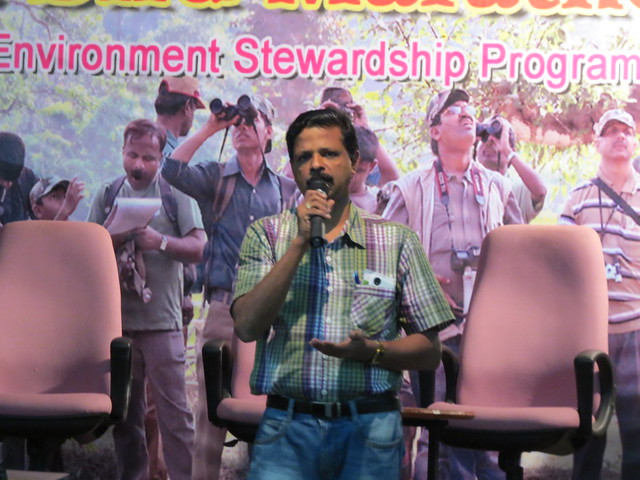 On the morning of the event:

Here’s a line-up of some of the organizers. 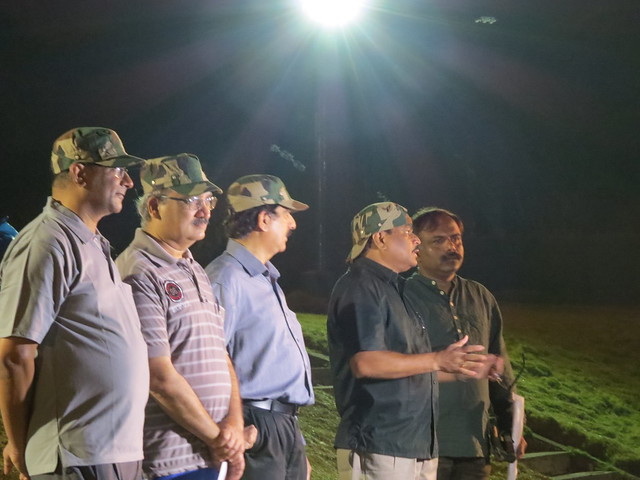 Mr Mohandas (extreme right) has been one of the indefatigable organizers of this event; this is his fifth year! 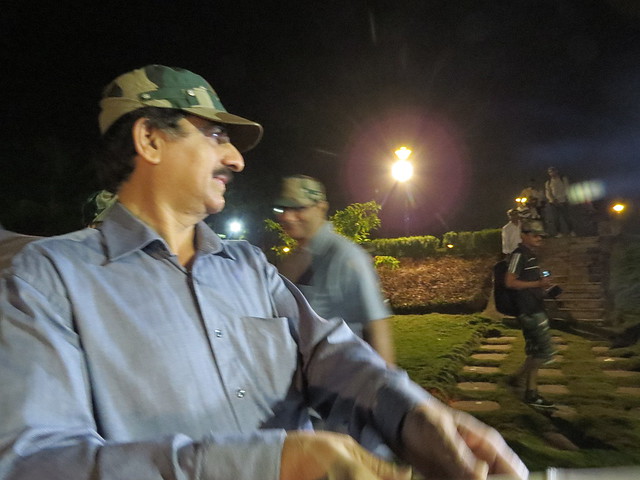 We boarded the buses that would take us to our respective transects. 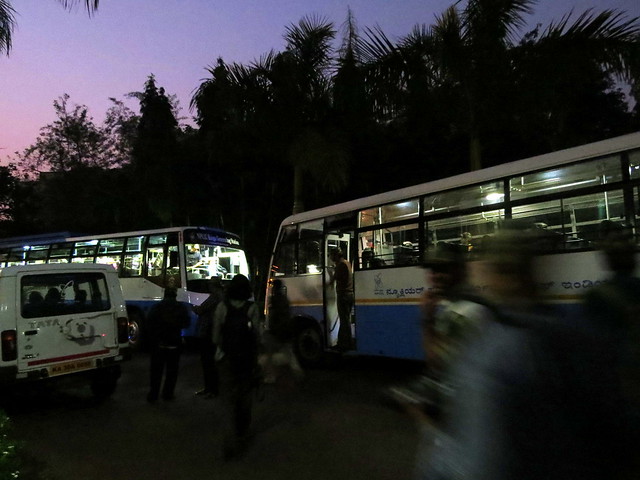 After the Marathon was over and all the teams returned to the Nisarga Guest House, the various teams collated their lists and handed them over. While some of the organizers quickly tabulated the results, we had a formal gathering.

Here are some of the organizers on stage: 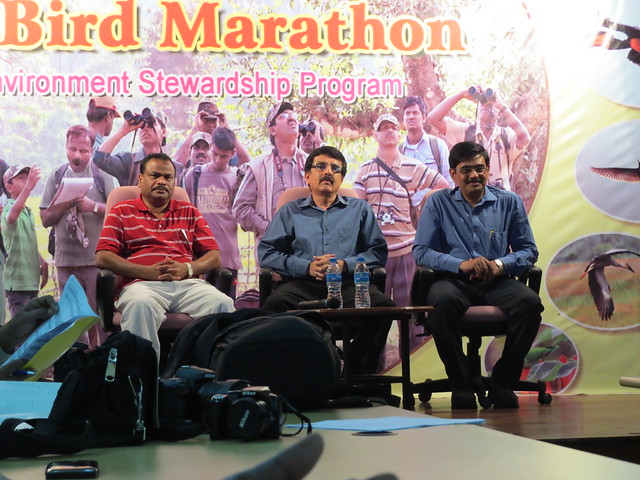 Dr Raju Kasambe was the Chief Guest, as he was, last year too.

I was not happy at the teams being ranked;this makes the event a competition, which can become unhealthy, as happened at the HSBC Bangalore Bird Race, resulting in that event becoming non-competitive from 2014. It’s also unfair when the teams cannot choose their transects but have to go on the ones allocated to them.

That said, however, the count of 247 species from the 15th of February, 2015, still indicates that the area in and around Kaiga is good, environmentally. Thankfully, numbers make no difference to me; I enjoy the day…and everything about it. Not just the birds, but the scenery, the plants, the trees, the insects (and even the mammals…we sighted a Chital stag and the Malabar Giant Squirrel!)

I must agree that Kaiga is a great place for birders to visit…and I look forward to the event next year!