LJ has not been opening up at all for me for the past few days…but just now…I must have said the LJ equivalent of “Open Sesame”….

I’ve been wanting to participate in the Kaiga Bird Marathon for a while. I must say, it intrigued me that there was a birding event in a place where there is a nuclear reactor; one’s image of the triple-leaf radiation “fan” symbol doesn’t go with any thoughts on the environment or “good” ecology. Recent nuclear meltdown events haven’t helped this mental image, either. For this very reason, I determined to go to Kaiga and “see for myself”.

Harish Chandra and I decided to go a day earlier and get in a little more birding in this town set in the Western Ghats.We decided to take the scenic route and chugged along the Konkan coast to Karwar, 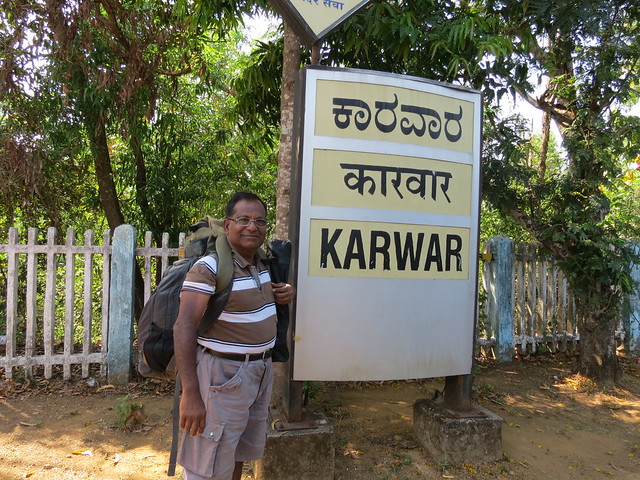 I’ve put up photos from the 13th and 14th on separate FB albums (as usual,not only the birds; the local food and customs are very interesting too!)

The journey to Kaiga and the 13th evening:

Next up, the actual Bird Marathon on the 15th, and the evening gathering!