As we walked along the campus of Jungle Lodges and Resorts (JLR) Galibore, on the banks of the Kaveri in the Cauvery Wildlife Sanctuary, I found something rather intriguing.

I found this tree, which seemed to have fallen to the ground…and, instead of dying, having a branch or two, rising, phoenix-like, from the trunk: 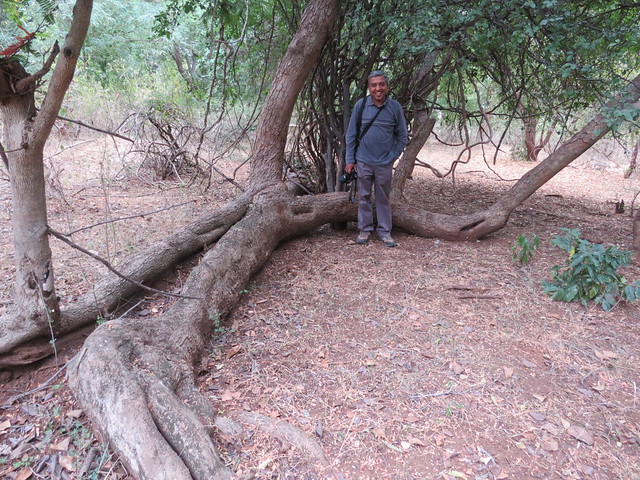 I’d never realized that even if the trunk falls, trees can regenerate themselves. And as I was musing on this, I saw the second such tree. 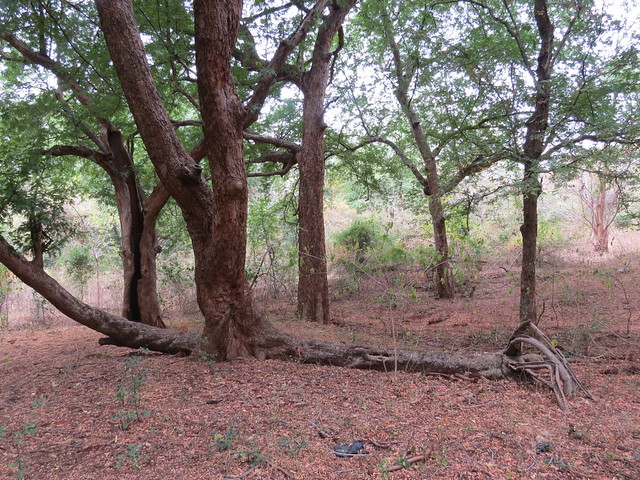 What looks like a tree in the centre of the horizontally fallen trunk, is actually a branch of the tree (you can see the roots disappearing into the soil on the right-hand side.)

I googled for something on this interesting phenomenon, but all I got was

I’ve never before seen such “lying down” trees which then decided to “stand up” as it were, and become full-fledged trees again, with the original horizontal trunk having its roots in the soil. Can anyone let me know of anything like this that they have seen?

The first tree is a Tamarind (Tamarindus indica) and I do not know what the second tree is.