20 of us went to Gulakmale again on the 4th, and as I am off to the Kaveri for a couple of days, starting early tomorrow, I’ll only talk of one of the highlights of the outing….the sighting of a 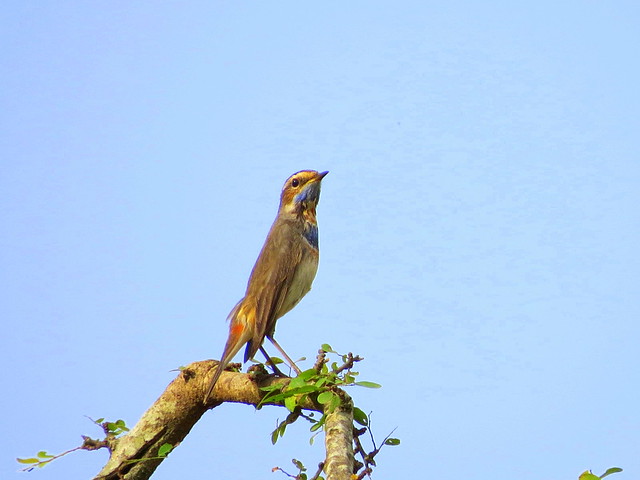 says, “The bluethroat (Luscinia svecica) is a small passerine bird that was formerly classed as a member of the thrush family Turdidae, but is now more generally considered to be an Old World flycatcher, Muscicapidae. It, and similar small European species, are often called chats.”

We were delighted to see this passage migrant, because it is not a common bird to see in the Bangalore area. 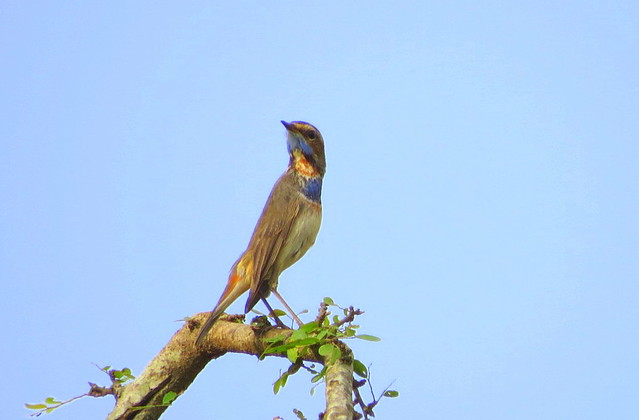 It is a migratory insectivorous species breeding in wet birch wood or bushy swamp in Europe and Asia with a foothold in western Alaska. It nests in tussocks or low in dense bushes. It winters in north Africa and the Indian subcontinent. Imagine…a globetrotter!

Unfortunately, we were only able to see this one bird, and do not know if he had a mate. Here he is, amidst the bushes: 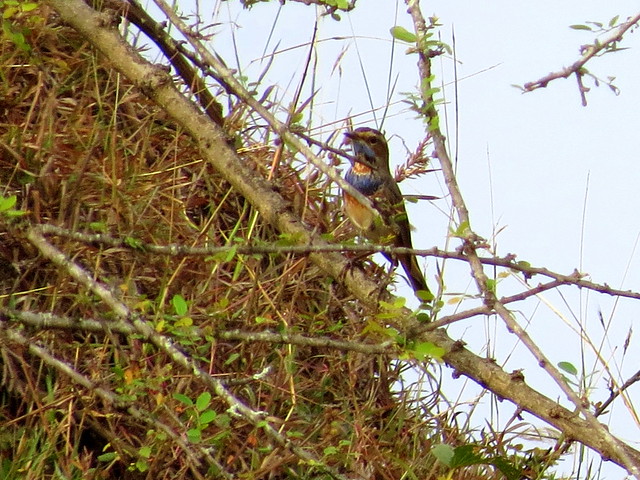 It was a lovely morning in other respects, too, but I have to pack and go to sleep… 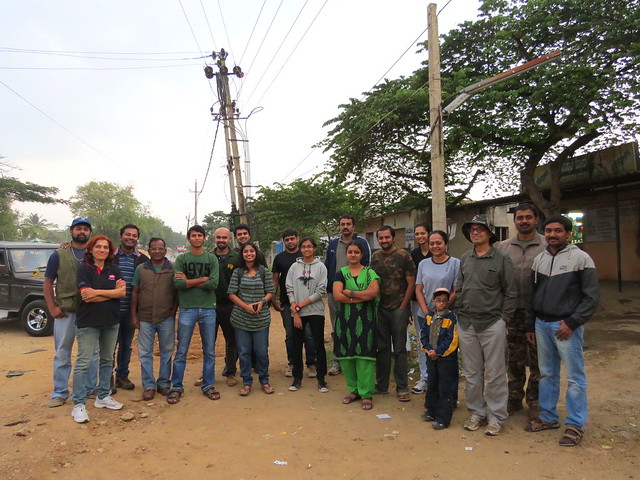 Ganesh was the one who spotted the Bluethroat!

Here are some of us on the banks of the kere (lake) in the misty, magical morning light. 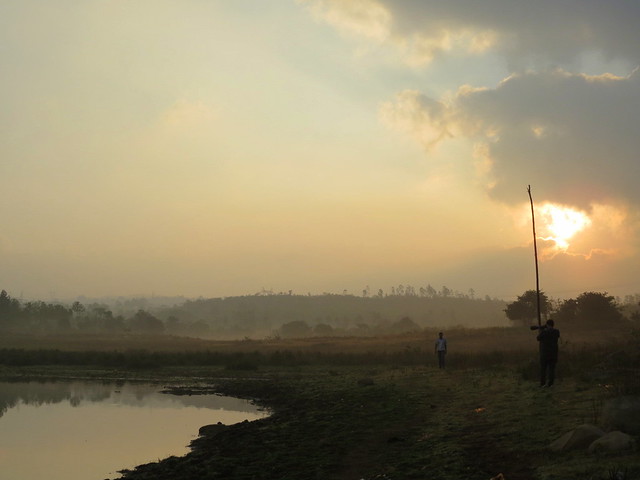