I always meet the most interesting people on train journeys (another reason why I prefer them to quick-yet-painful plane journeys in India.)

I got talking to three young men who were travelling up to Kazipet; they were working for Punjab National Bank and were on their way to a small town in Andhra to conduct training programs for other bank employees there. They would, they said, be continuously posted from town to town, when their final place of posting would be decided.

As I chatted, one of the young men, Ashwini Jha, 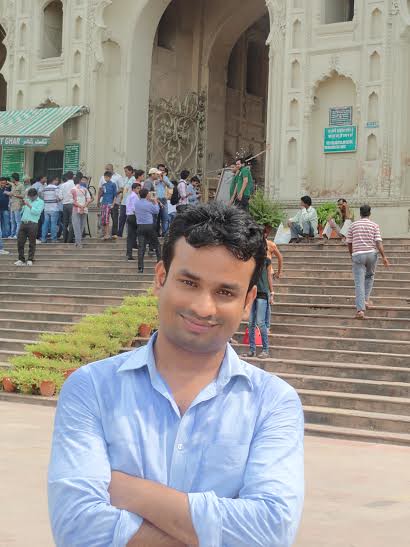 talked more about himself, and I learnt some astounding facts.

He was extremely interested in electronics and was excellent at his studies. At 11, inspired by the biography of the Ashok Chakra winner late Lt.Puneet Dutt of 11, Gorkha Rifles, developed an interest in firearms. At the age of 12, developed ankylosing spondylosis…and was confined to bed for 4 incredibly pain-ridden years. At 16, the family had to sell their property to enable him to have an Aortic Valve replacement surgery in Delhi, as the heart had been badly damaged by the disease (which still does not have a cure.)

In his own words, from a document he emailed me.

Each person I meet on a journey is a story, but some stories are more amazing than others…I hope everyone is inspired by Ashwini Jha’s!