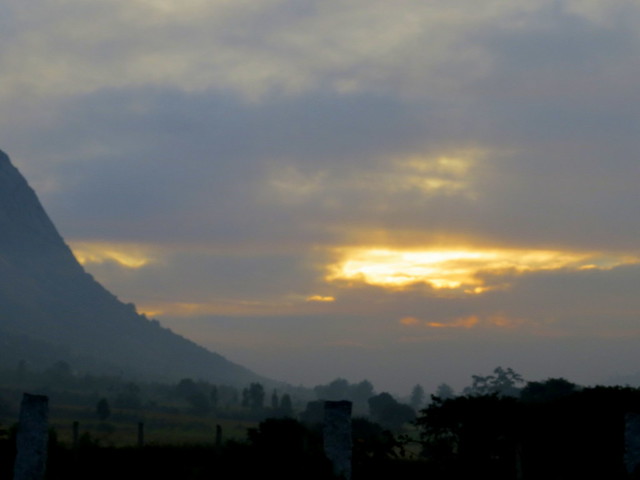 The morning clouds wreathed the mountains: 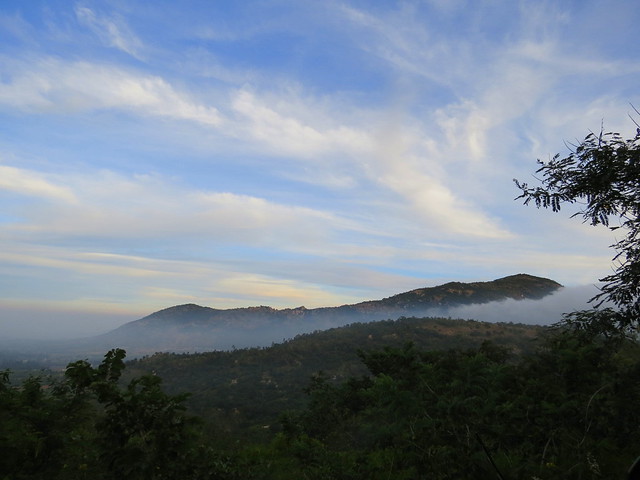 I thought, “Giants are those who rise above what obscures them, and raise their heads to the sunlight.”

In the crannies in the temple wall, grew these tiny beauties, 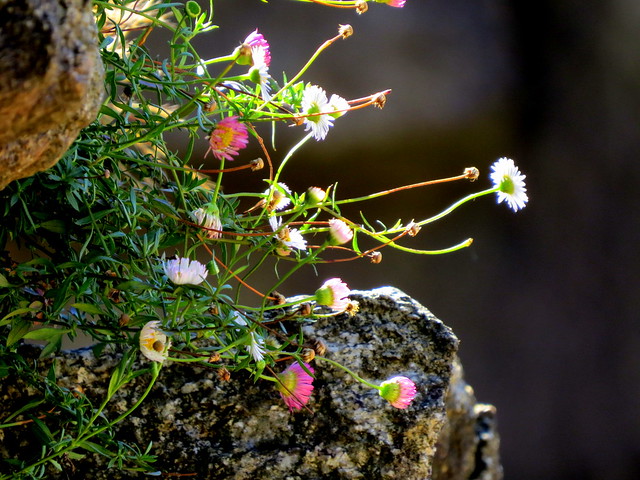 Which reminded me of

(only, I cannot ever understand why the poet had to pull out the poor little flower and kill it!)

My thanks to Brinda, Nitin and Gayatri 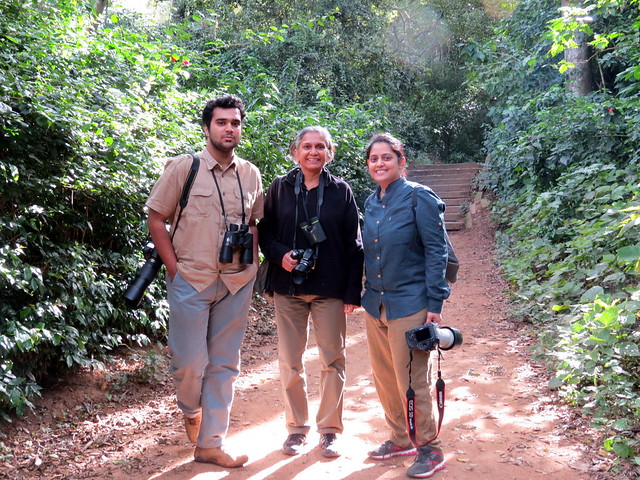 for the great company. Tea and snacks taste better with friends!

More photos on my FB album,