Brinda, Gayatri, Nitin Prabhakar and I went to Nandi Hills, and right at the end of the outing, Nitin (while driving on the road leading down) spotted a bird which we id’d as a perhaps-not-yet-fully-grown Asian Brown Flycatcher.

But when I posted the photo on Indian Birds, Tim Inskipp and Shantanu Bhattacharya id’d it as the Dark-sided Flycatcher. Since this is a lifer for all of us, I am not too ashamed of the wrong id!

I would like to know what the records are for this bird, because it doesn’t seem to occur too commonly in southern India.

doesn’t seem to mention the presence of the bird in south India, and Grimmett and Inskipp (yes, that same Inskipp!)’s book of south Indian birds doesn’t mention it at all.

Well…anyway, we were quite happy even when we thought it was an Asian Brown, as we watched it for a while, indulging in typical flycatcher behaviour, swooping out from one perch, hawking insects in the air (or attempting to) and then alighting on another perch close by.

The FB photo is

Why the shy? Here the bird is! 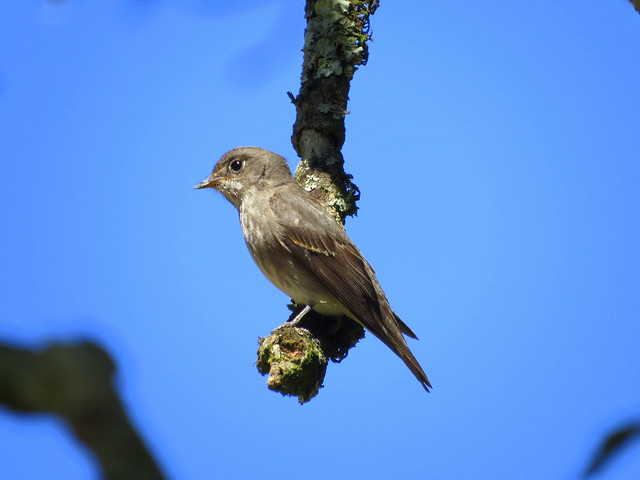