After the Children’s Day event, both the children and the volunteers were taken on a safari by the Karnataka Forest Department, and we were, on three occasions, given a big treat.

The first time, we saw this patch of grey in the bushes: 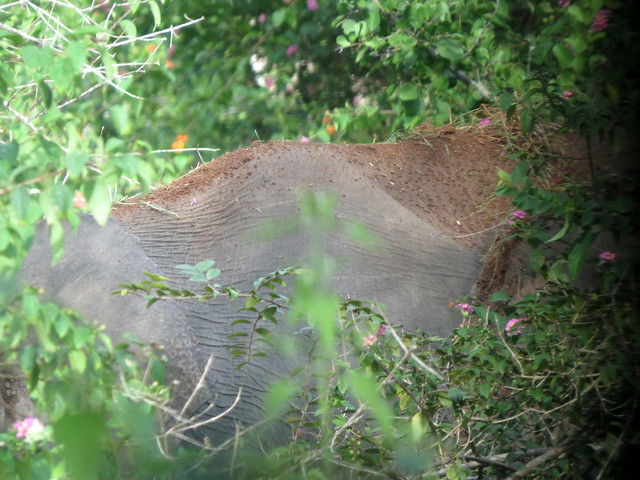 Then we had a “trunk call”, and mud was swished around: 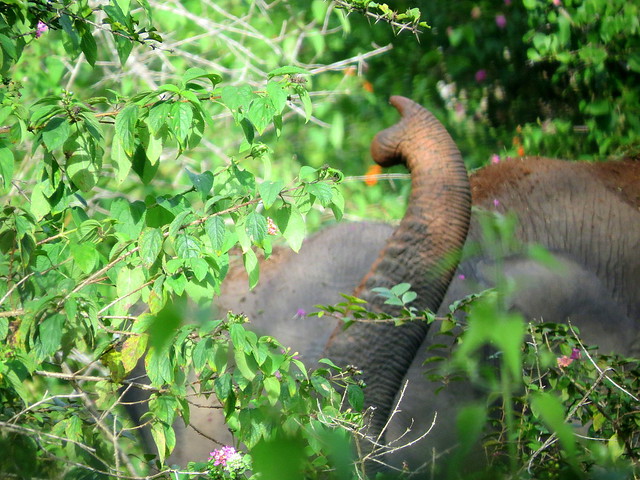 We were seeing elephants! At the second spot, they were clearly visible, and quite close at hand: 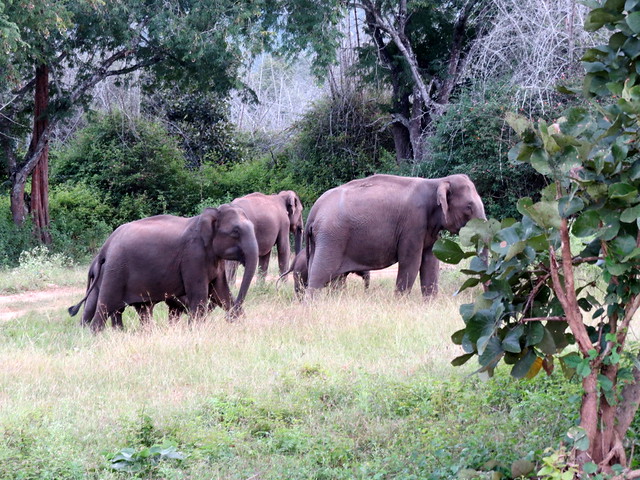 It was a mixed group of females and young males, and the one on the right was quite excitable: 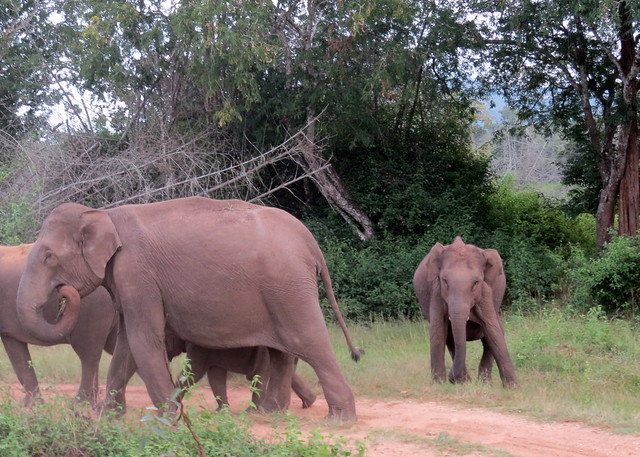 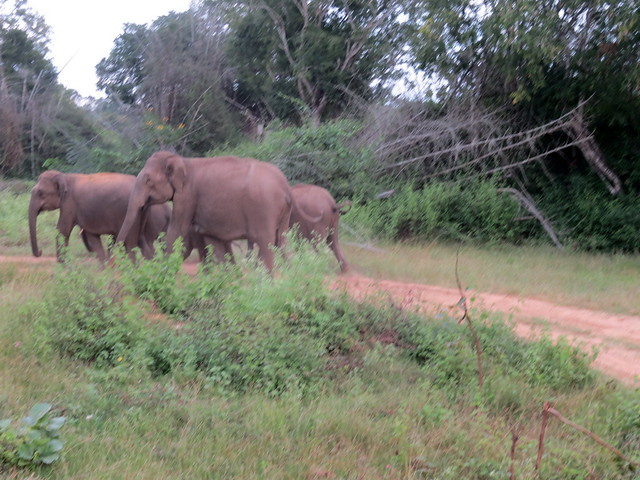 They were on our path: 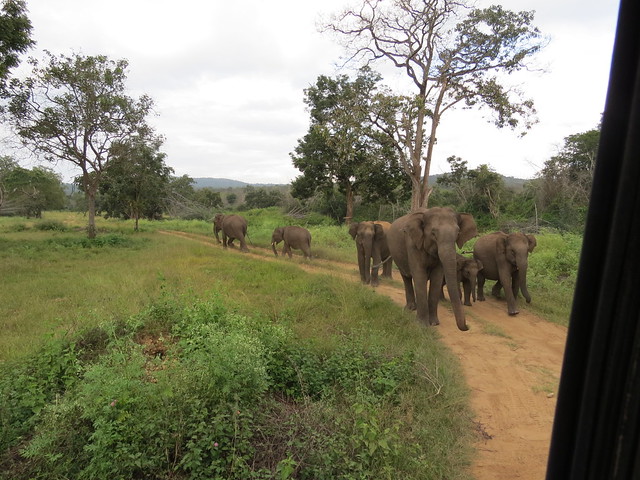 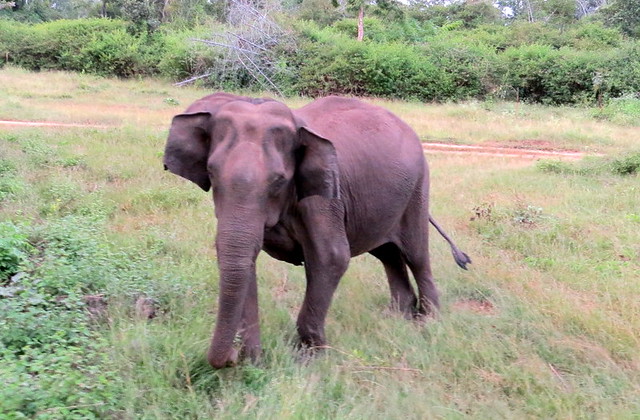 It was a little difficult to get some shots from inside the middle of the van! (I was actually standing in the aisle behind the driver’s area, and had to bend down to look through the windows.) 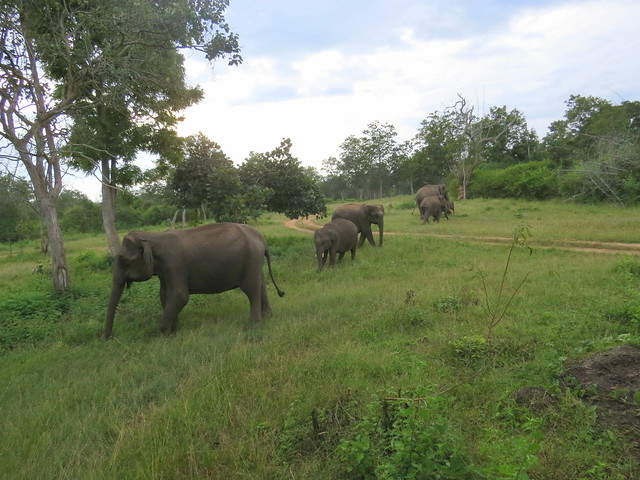 It was beautiful to see them taking a dust-bath:

Alas, the driver of the van twice drove near them, disturbing them, and this resulted in a mock-charge by one of them:

You can see, as they move, their agitation and irritation, and also the way they keep the youngest elephant right amongst them, protectively.

I remonstrated with the driver afterwards, and made a complaint at the reception, but I do not think anything is going to come of it. I wish our own wildlife personnel were more respectful of our fellow-creatures in the jungle.