We’d already had a marathon Lego session in the morning:

We decided to visit tht

(my goodness, they are already talking about 2015!) 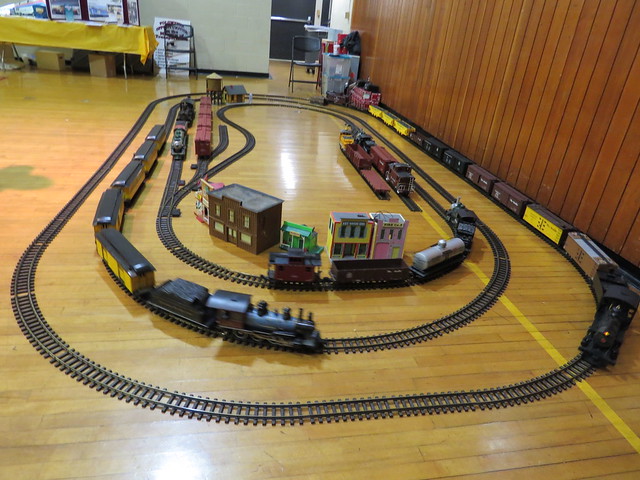 pieces for more than twenty years, and the collection was carefully maintained by my brother after my father’s death. We had quite a huge setup, and I must say, with the Indian dust, it was quite a pain to maintain

It was a riot of colour, scale, and detail. 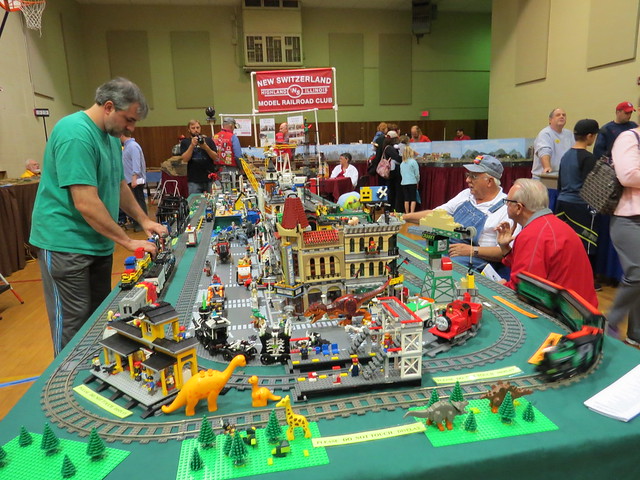 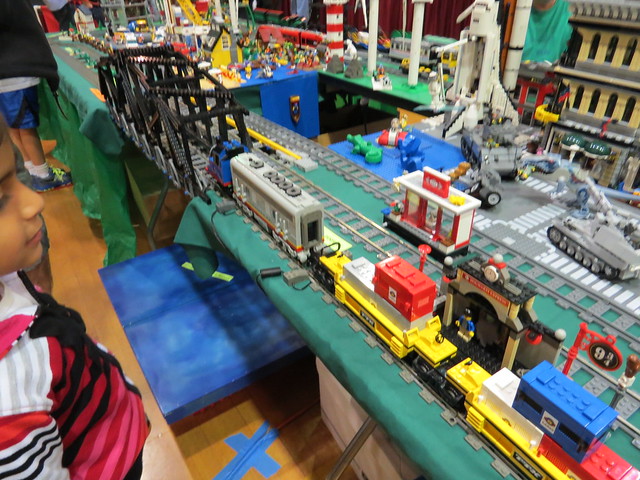 My favourite was the road roller that had flattened one of the workers. Another laconic worker stands ready to scrape the single-dimension friend off the roller, and two others wait with the stretcher: 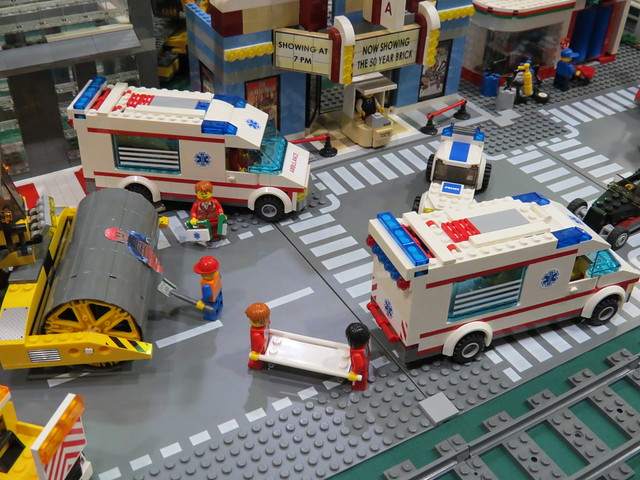 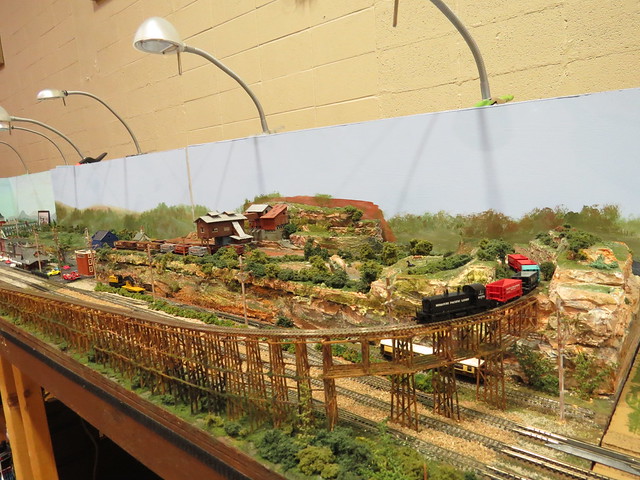 There was a tiny pumpkin chugging around in this Halloween diorama: 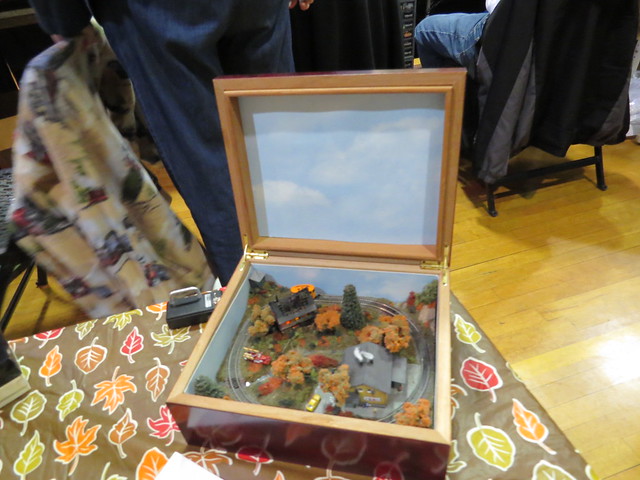 Thomas the Tank Engine is one of KTB’s favourites: 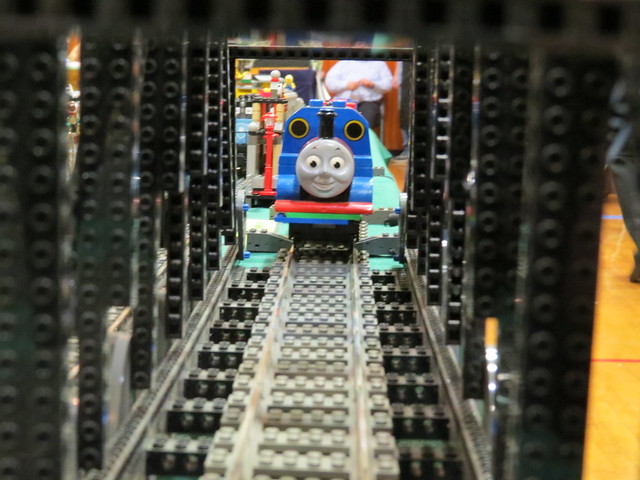 For all the detail, though, I looked in vain for the kind of sets my father had collected, eg, a mail train that would whip off the tiny post bags at one station and drop them off in a container on the other side.

I must say, the average age of the people who had the collections can be described thus: “When there was any hair, it was white.”

There were, however, times when some of us were less than interested: 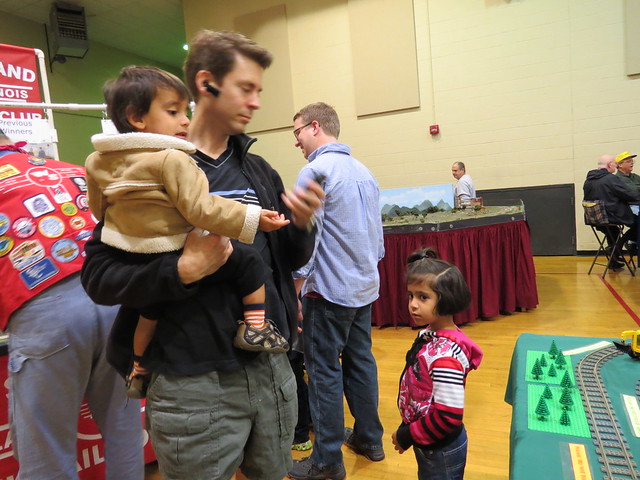 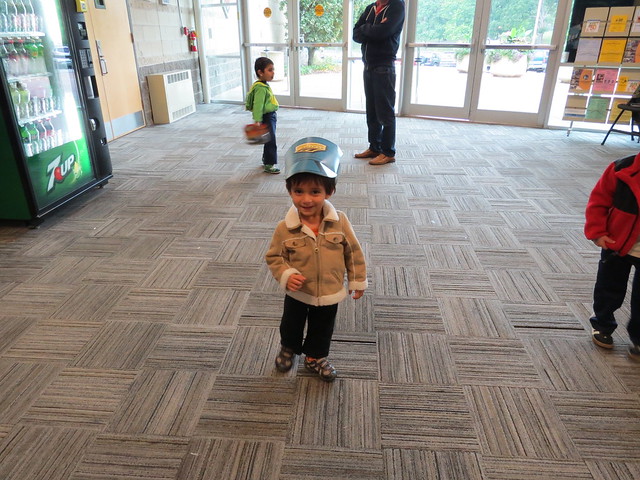 And the other one! 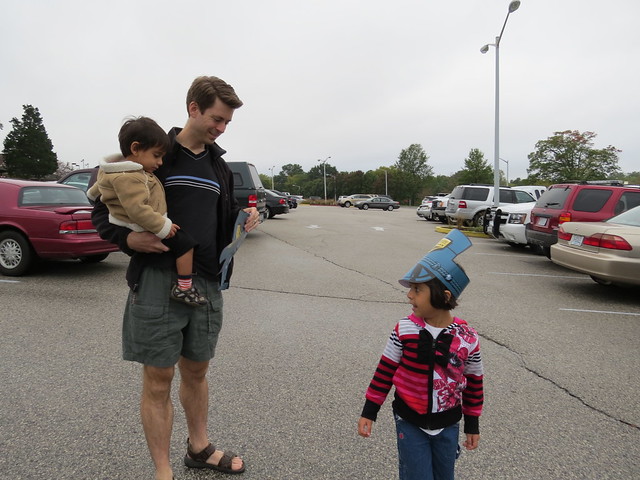 Alas, the sale area was completely given up to serious scale-model fans. If they’d just had one ordinary train set, their sales would, I feel, have gone much better!

I’ve put up more photos on

Here are two videos that I took:

See the detail in the painted backdrop, and the scenery around!

Even the cars in the parking lot had appropriate number plates! 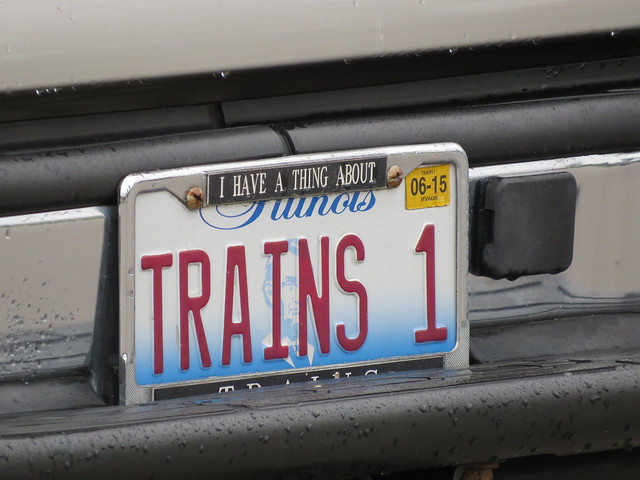 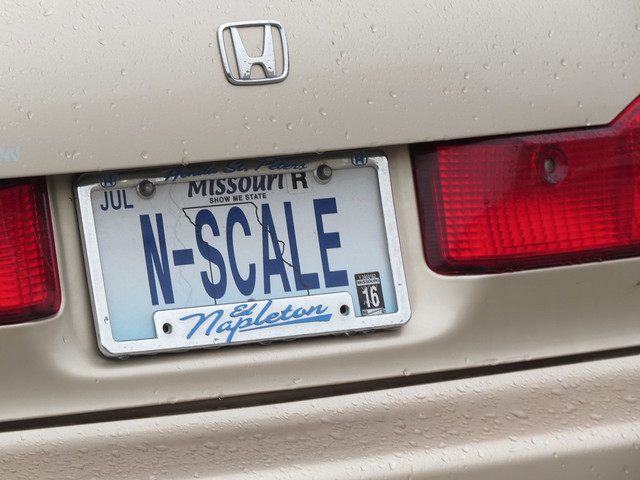 It was an enjoyable show that brought back many memories.