KTB’s drawing is improving apace; here she is, explaining who the people are (her friends, Ananya and Aditi, along with Teddy Naryanan, who was given to her mother by her mother’s uncle in 1988…and Pinky Bear, who was a gift from KTB’s great grandmother.)…and how they are sleeping: 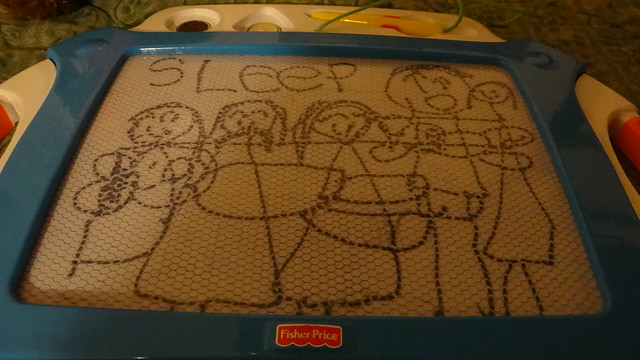 She drew a cat: 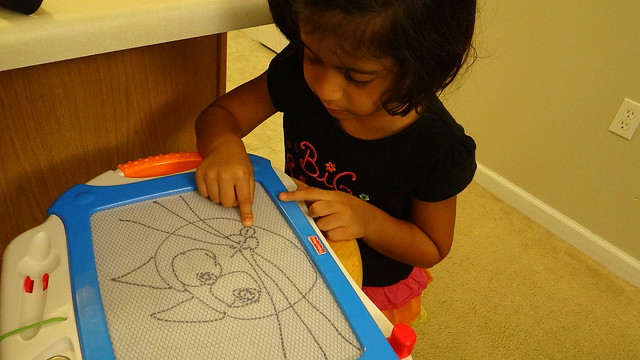 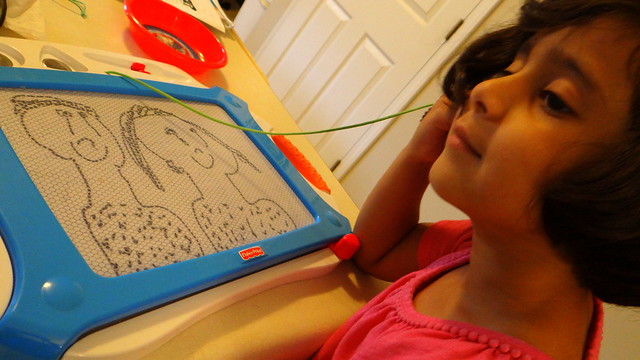 Due to Kallubhai’s truly terrible habit of heading directly for the camera every time he sees it, most of my shots of him look like this: 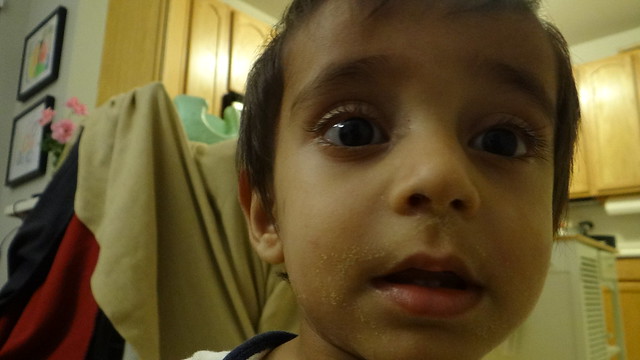 KTB finally comes out through what is apparently a side entrance: 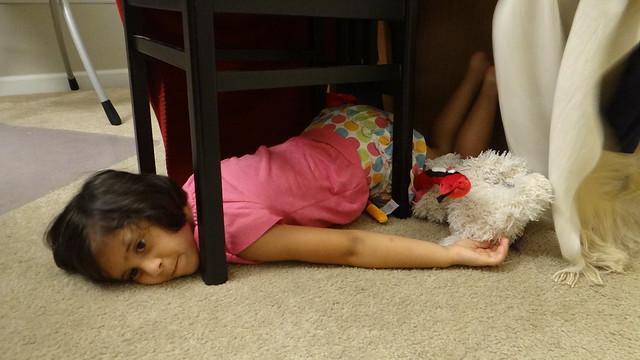