is a very interesting phenomenon in the bird world. Usually, the bird “acts” as if one wing is broken, to decoy predators from a nest, or fledglings, nearby. When the creature that is the perceived threat approaches quite close, the bird suddenly “regains” the use of the lame wing and flies off.

I have observed one demonstration of broken-wing behaviour which was very unusual, and for which I have never got an explanation. A female Koel tried this behaviour when she was trying to get into the nest of a couple of Coppersmith Barbets. This was in my favourite haunt…Flycatcher Avenue at Bannerghatta Zoo area.

is my account of what happened, and here is the pic of the female Koel displaying her “lame” wing:

I still do not know what the female Koel wished to achieve by this, but I enjoyed watching the drama.

I also watched an Oriental Magpie Robin exhibiting this behaviour once in Thattekkad, and a Kildeer in St.Louis, Missouri, decoying a cat from her nest.

But…little did I expect to have this behaviour shown to me in the middle of a crowded marina, in Copenhagen, of all places! But as we ( 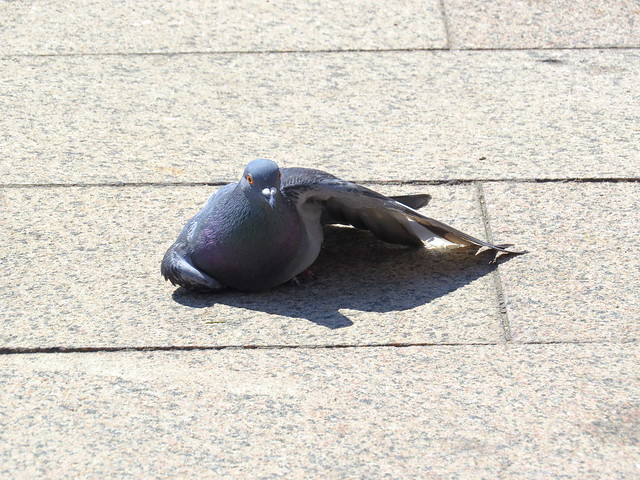 “Oh!” exclaimed my friend, “Poor bird, its wing is broken.” “No,” I responded, “It’s not!” and as I clicked, I continued to move closer to the pigeon. I moved closer and closer…and still the bird did not move. Was I wrong, perhaps, in my idea? My friend repeated, “It IS broken, you are going so near it…” 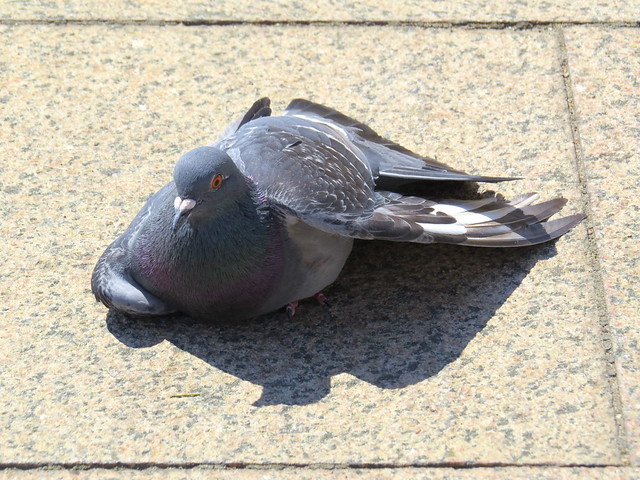 Oh, no, I was perfectly right, after all…impressing my friend no end with my “knowledge of nature” (heh, heh!) , the bird flew off on two perfectly good wings! It then went further by teaming up with this strutting white pigeon. 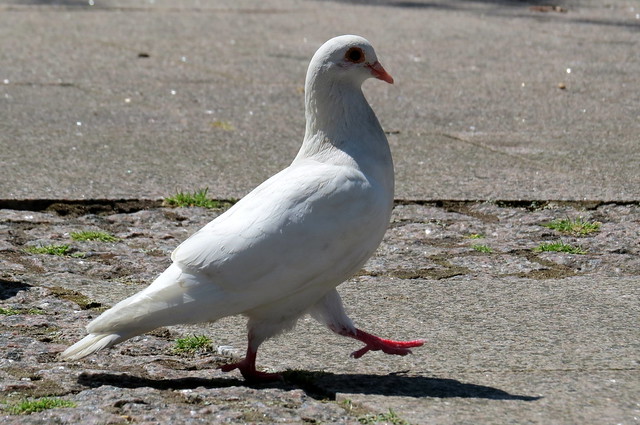 I don’t know if they are a couple, or a sorority… 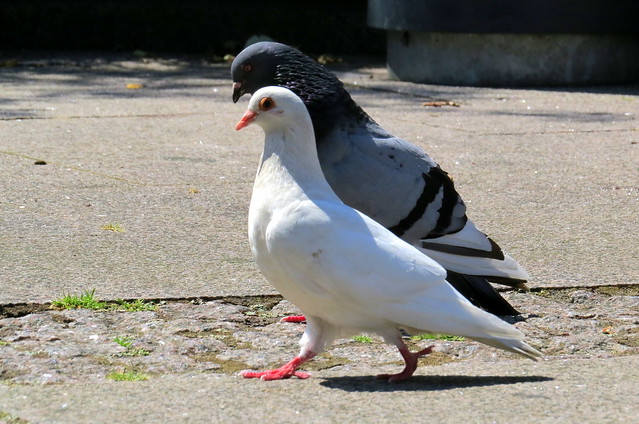 But that pigeon with her acting certainly delighted my friend no end, and I hope the bird ensured the safety of the nest, or fledglings…or whatever it was we were getting distracted from! 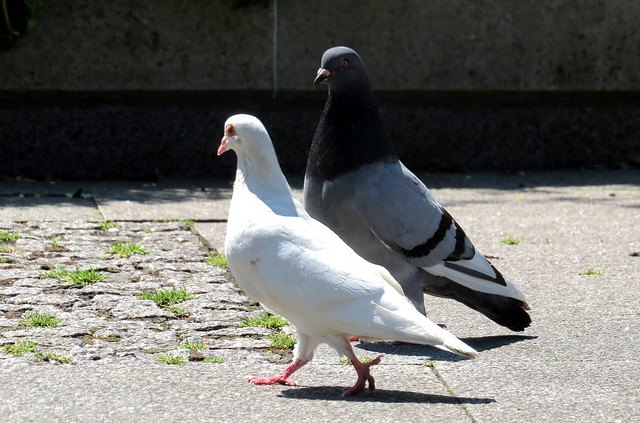 So…I went to see Copenhagen as a tourist, but wound up with a welcome spot of birding behaviour!