What better way to observe the eve of American Independence Day than by meeting two Americans who are now independent of their country? It has been a long time in the planning, but I finally met up with

I made dinner for everyone; it was

and “venkAya vengAyam” (venkAya is brinjal or aubergine in Telugu, and vengayam is onion in Tamizh)…an easy recipe that my mother used to make, and which is one of my favourites.

For dessert, I’d ordered “gunjA lAdu” from a lady in Bangalore, and taken them along.

I set both Nina and PC to work for a bit of help early on in the cooking! 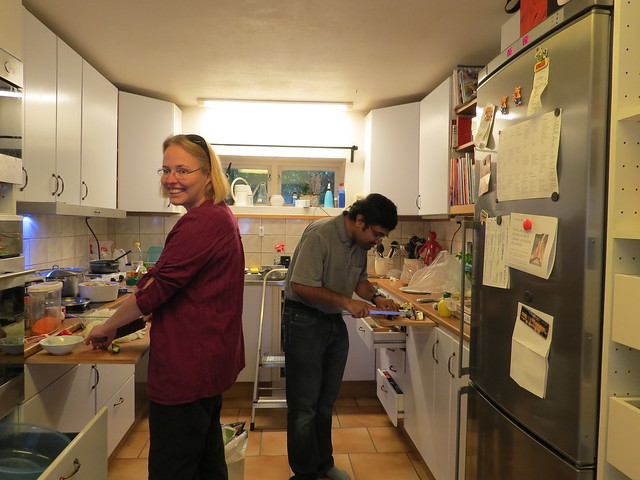 I’m sorry, I was rather tense about whether everyone would like the food or starve politely; so I didn’t take a single pic of the food, and I don’t think anyone else did, either! We gathered in the porch of Nina’s home, that looks on to her lush green backyard: 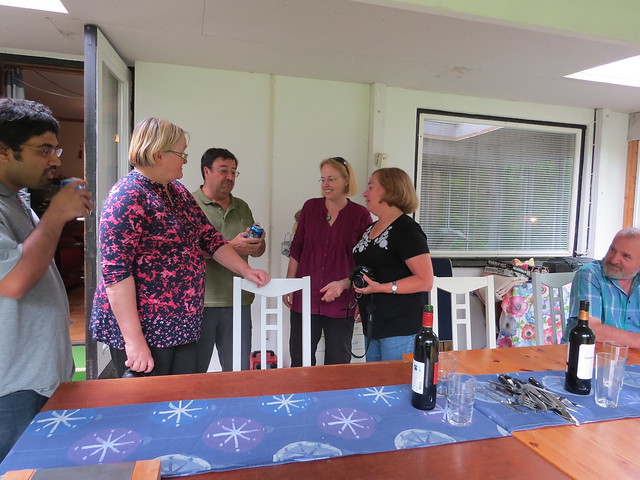 I certainly stopped worrying when I knew that Nina was providing an alternate dish! In the event, everyone seemed to enjoy the food, though of course Nina and Caro complained that I’d toned down the spices! Even Fran, who emphatically does not like Indian spices, said she liked the raita.

Introductions and hugs always go well when there are bottles of wine around! Manolo waxed lyrical over the wine that he’d bought (apparently one should read the labels of wine bottles like fine literature!). I’m not a wine or a liquor person, so I cannot describe all of it…I do know that there was some fine single malt whisky as well. But here are two of the bottles, for your information…don’t they look beautiful? 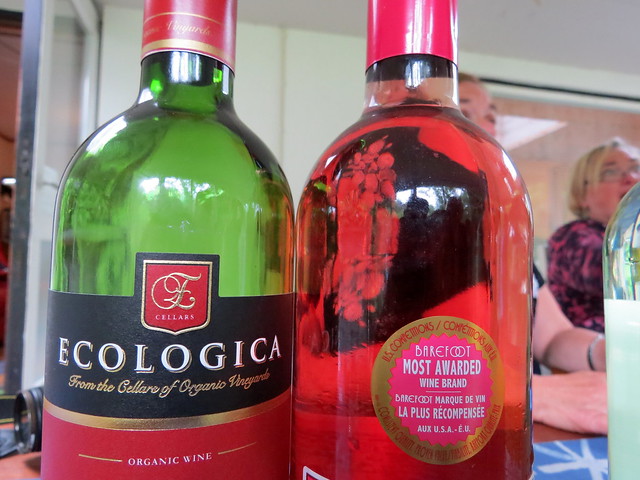 Here we are, from L to R, Caro, Donna, Ray, Prashanth, Manolo, Fran, and Nina, all smiling for me! 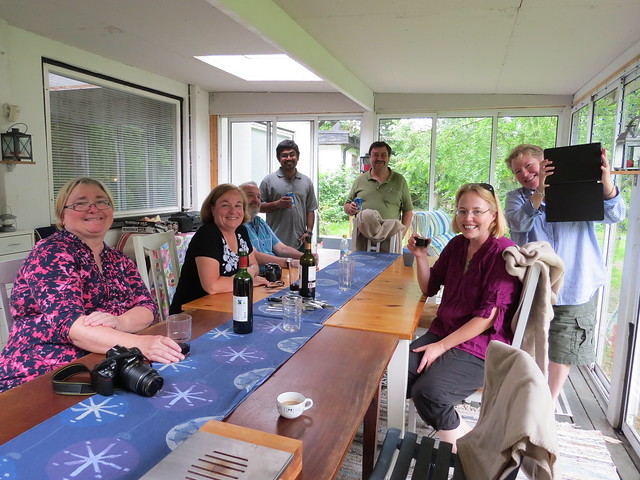 Here’s Manolo, wearing the Garhwali tOpi that I got him: 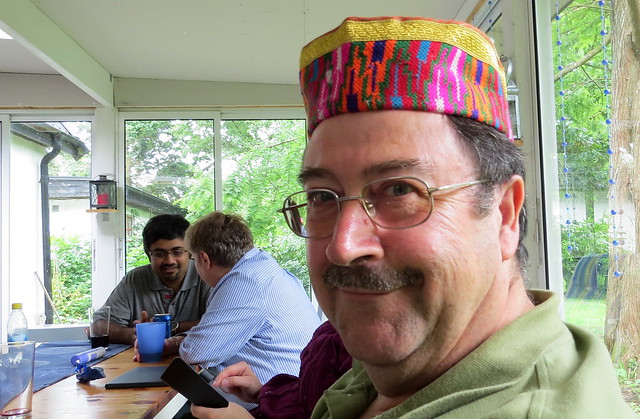 Fran, meanwhile, was putting PC at his ease…and they got along like the proverbial ignited dwelling, and he actually extended his stay at her earnest request!

Here we are, toasting friendship and LJ…as you can see, dinner is not yet served. 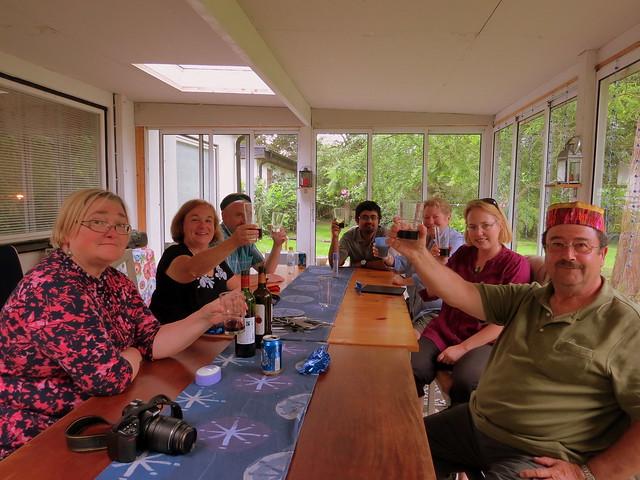 Here are India and Spain in Sweden, making friends: 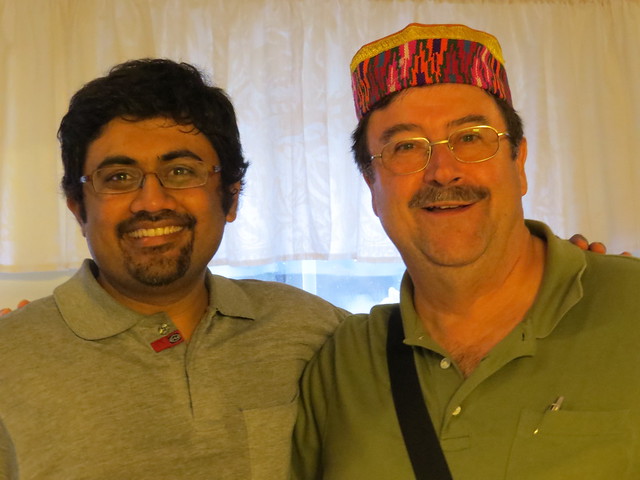 PC is trying to see if he can strangle both Manolo and Fran at the same time! 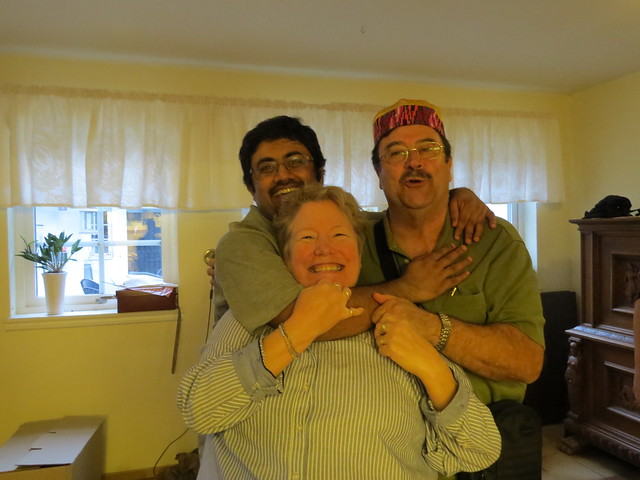 Here’s part of the 180-year-old house (only the cats, Houdini and Vaz, enter this room!) 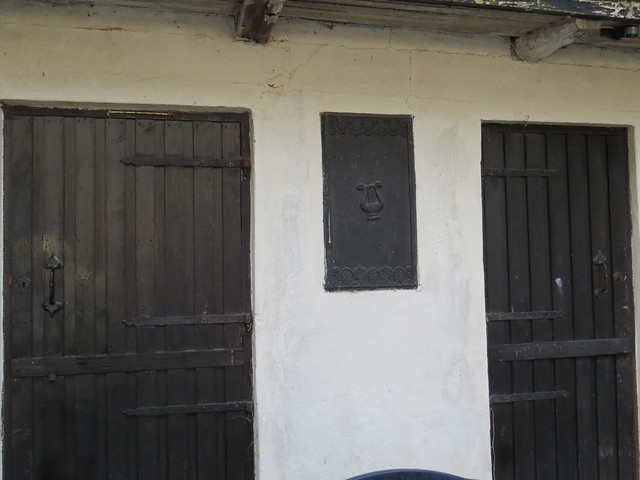 We all met up the next day, too, at the stuga (cottage) which the other four had rented, and then Nina, PC and I went to visit some ancient heritage…the Torna church, the megalithic stone “ship” on the shores of the Baltic Sea at Kaseberg, and the Glimmingehus castle…but that is the next post!

Here’s to the great friends that LJ has brought into my life!