Sarath made a presentation on Tracks and Signs, showing several slides of the various tracks, and other signs, that volunteers would look for, to read the “story” of what had happened in the jungle earlier. Several mammals and reptiles were touched upon. The importance of urine and fecal matter was explained.

Post-lunch, there was a presentation on trees, explaining the key id features volunteers should look for.

Participants then left for the APC’s, spending the evening and the rest of the overnight stay getting a feel of how the forest guards, the true foot-soldiers of the wilderness, work and live.

We started the day with this jewelled web on the fence of the nursery: 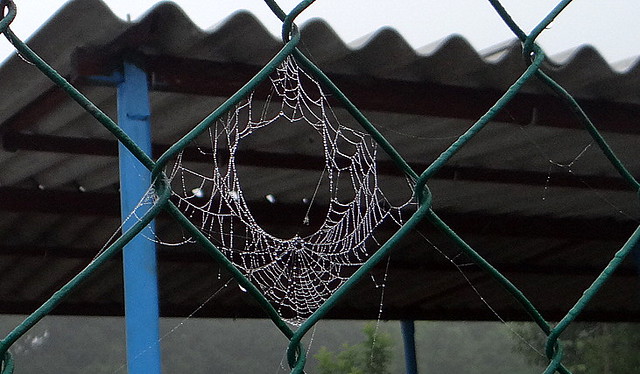 I could not help clicking this tiny 8-footer inside the vehicle, too! 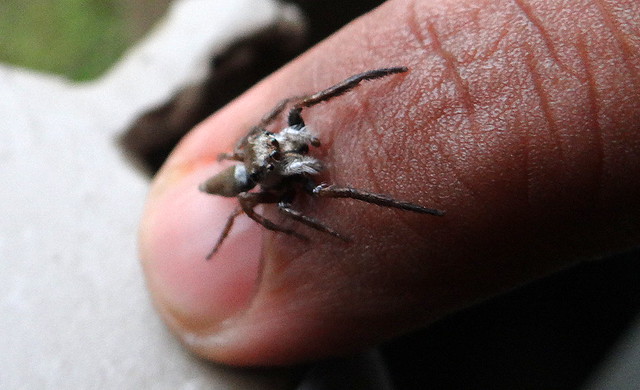