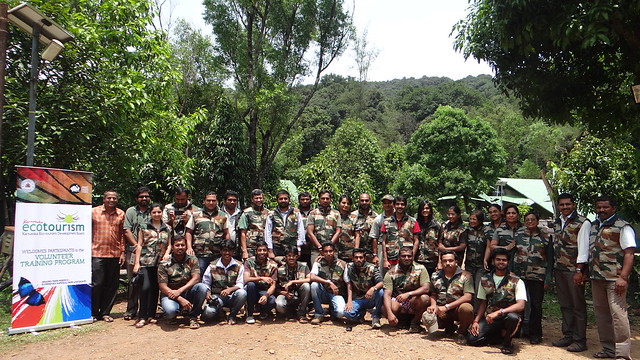 The first half of the third batch of the Volunteer Training Program, this time in the grassland/shola landscape of Kudremukh, was held from 18th to 24th May, 2014, at Bhagavathi Nature Camp, about 20 km from Kudremukh, Karnataka. The Programs are jointly organized by the Karnataka Ecotourism Development Board (KEDB) and Jungle Lodges and Resorts (JLR).