was called the “Common Hoopoe”, but alas, it is no longer that common a bird. However, we are lucky enough to be able to see them once in a while, in the outskirts of Bangalore. This morning, as 15 of us went to see what we could in the Valley School area, this beautiful bird was the last sighting before we left…a fitting finale to a very enjoyable morning. 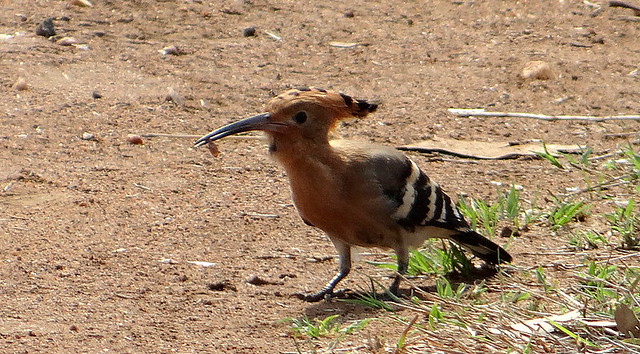 We bade goodbye as as it walked along peacefully in the sunshine: 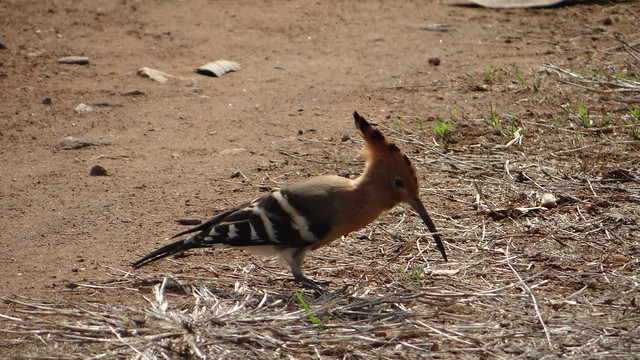 A little later, off it flew…and we walked on with great satisfaction at having seen, and observed, this bird for a good while! 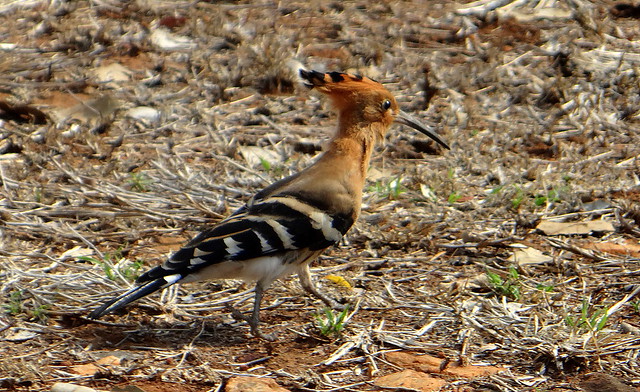 for my FB album