is in full bloom in the heat of summer…to me, the red blooms symbolize Grishma Ritu. 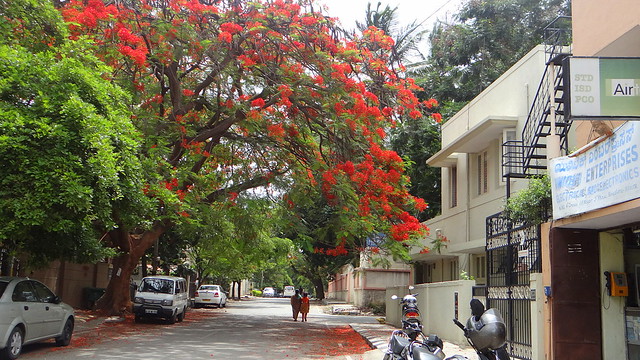 A tree from Madagascar, which has made itself part of the Indian landscape. 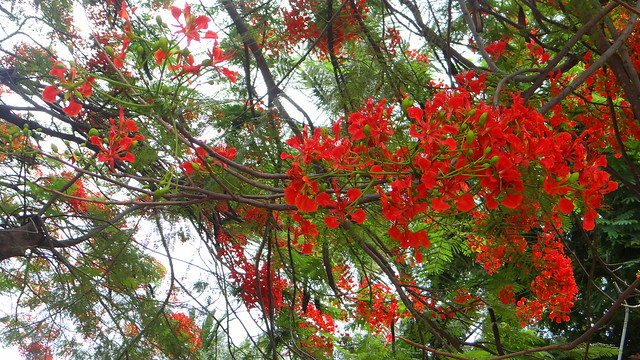 An incredible fact is that in the wild, this tree is endangered!But it seems to have been introduced all over the world:

“Delonix regia is endemic to the western forests of Madagascar, but has been introduced into tropical and sub-tropical regions worldwide. In the continental United States, it grows in South Florida, Southwest Florida, the Rio Grande Valley of South Texas, ranging from the low deserts of Southern Arizona (to as high as Tucson), and Southern California. It also grows in the Dominican Republic, Cuba, Haiti, Hawaii, Mexico (especially in the Yucatan peninsula), Nicaragua, Puerto Rico, U.S. Virgin Islands, Guam and the Commonwealth of the Northern Mariana Islands, where it is the official tree of the islands. It is much loved in the Caribbean; many Dominican & Puerto Rican paintings feature Flamboyant Trees. It can also be found in The Bahamas. The Poinciana is the national flower of St. Kitts and Nevis. The island of Mauritius has widespread distribution of the Royal Poinciana where it announces the coming of the new year. The Royal Poinciana is regarded as naturalised in many of the locations where it is grown. It is a popular street tree in the suburbs of Brisbane, Australia. The tree is also found in India and Pakistan, where it is referred to as the Gulmohar, or Gul Mohr. In West Bengal (India) and Bangladesh it is called Krishnachura.” 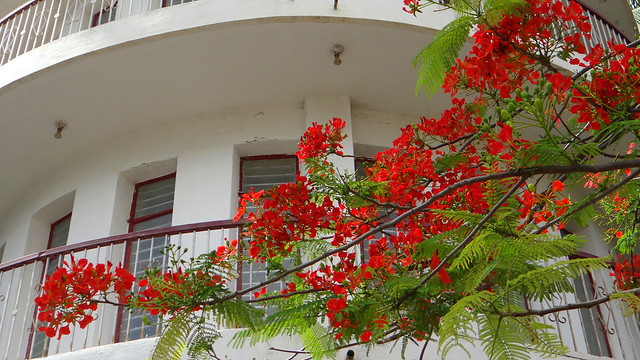 I remember an avenue on the Maidan in Kolkata being called Red Road because it was an avenue of Gulmohar trees, and approaching aircraft during the British Raj, which used the road as a runway during WW2, seeing a carpet of red…which you can see in my photograph, too!

And here are the other colours of summer flowers on our roads: 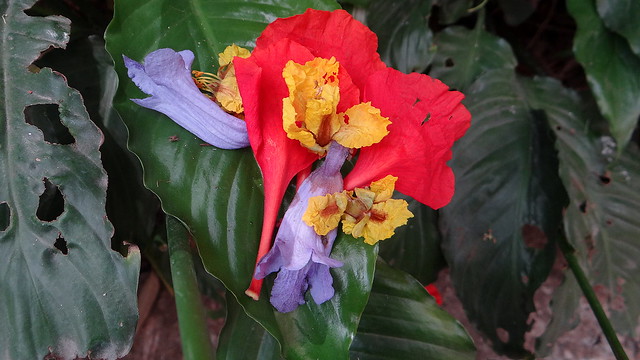