I’ve always been drawn to owls, and the

also called the Indian Eagle Owl, has been one of my favourites; I’ve sighted it at Bannerghatta, Turahalli, and at various other locations. 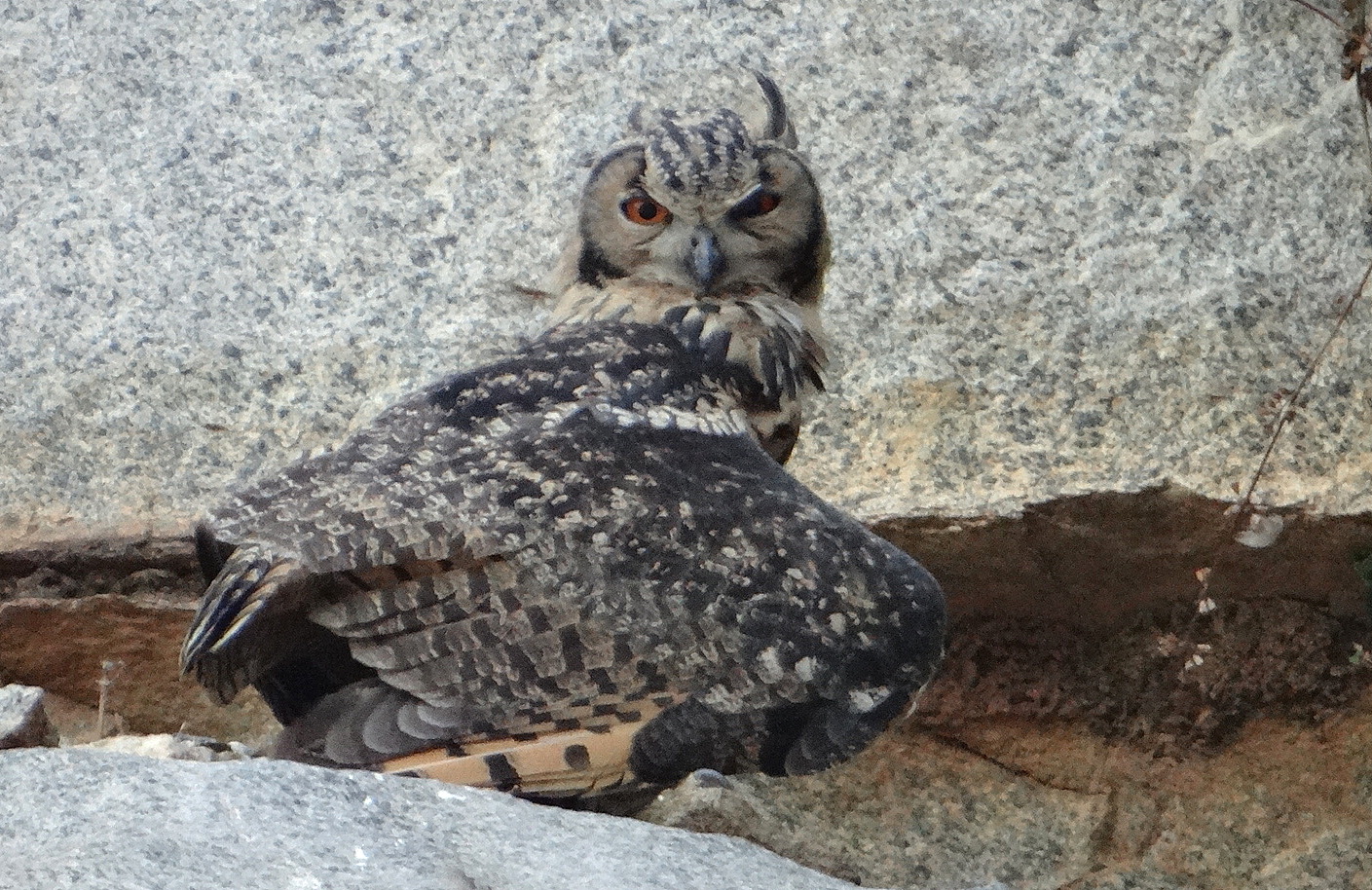 For the past few years, we’ve been watching some of these majestic birds making their home on the rocky outcrops of the highway built by Nandi Infrastructure Corridor Enterprises (NICE), around Bangalore. 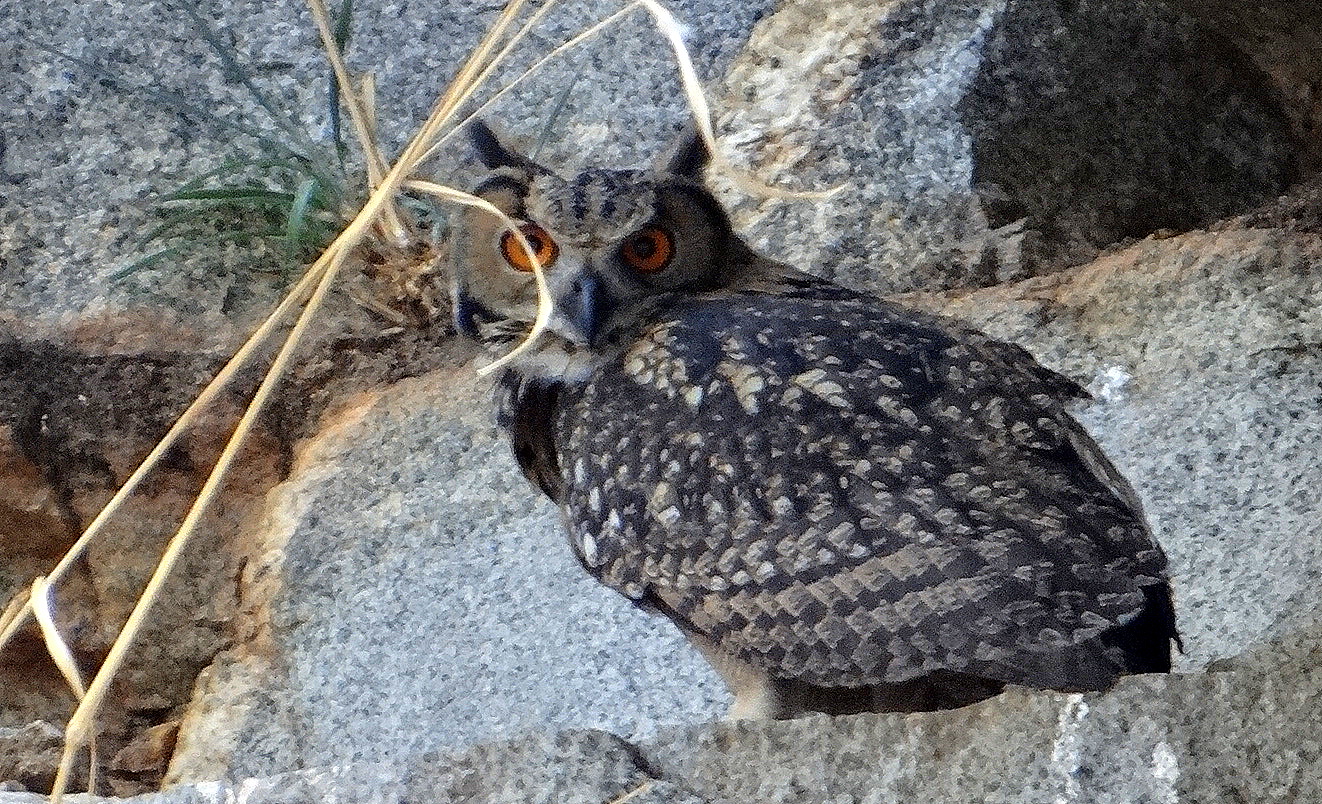 But as of now, the birds seem to be holding their own. I do hope the Rock Eagle Owls of the NICE Road remain, sentinels of our urban wildlife, for a long time to come!

Here’s a video of two of the birds, and the rocky habitat:

Should you go to the NICE Road to sight these birds, please keep your distance from them, and use a good pair of binoculars or good zoom lenses to observe and document them. They are under enough threat from urban development, let us not add to the difficulties of their survival! Also, remember that you are on a highway, so keep the car moving slowly. If you stop the car and get out…be quick, and be careful..remember that on the highway, you yourself are at risk!