On Good Friday, Anjali, Gopal, Rohan, Tharangini, Yeshoda and I went to

in the aNNAmalai range (Coimbatore district) in Tamil Nadu. 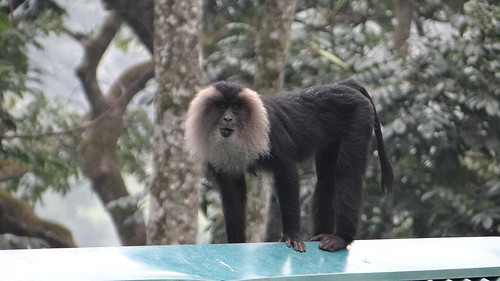 was one of the several creatures we hoped to see on our trip to Valparai. The lion-tailed macaque (Macaca silenus), or the wanderoo, is an Old World monkey endemic to the Western Ghats of South India.

The hair of the lion-tailed macaque is black. Its outstanding characteristic is the silver-white mane which surrounds the head from the cheeks down to its chin, which gives this monkey its German name Bartaffe - “beard ape” 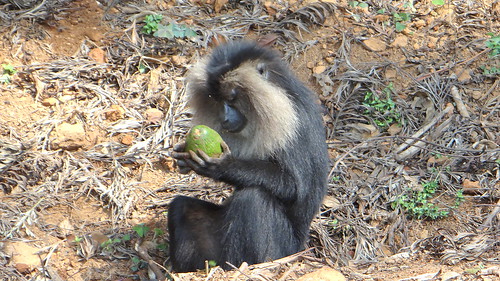 Here are a group, enjoying themselves (yes, that’s what I feel!) in the evening: