Visit to Nagavalli to see the Slender Loris, 050414

Gopal called me and asked if I’d like to go to Nagavalli village, in Tumkur District, where there is a colony of

So off I went, though I had just returned from Hoskote lake!

As I got into the bus to join Gopal and friends, I saw this beautiful piece of artwork on the window! 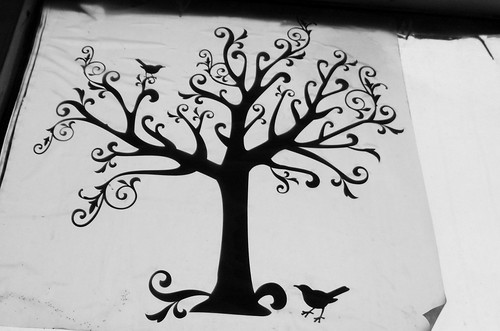 We were happy with our sightings of the kAdupApA (baby of the forest), but decided that trying to see them was certainly causing them some disturbance and distress. So another trip is not likely!

for my first visit to Nagavalli, on Oct 12, 2007, when I got a shot of this beautiful creature: 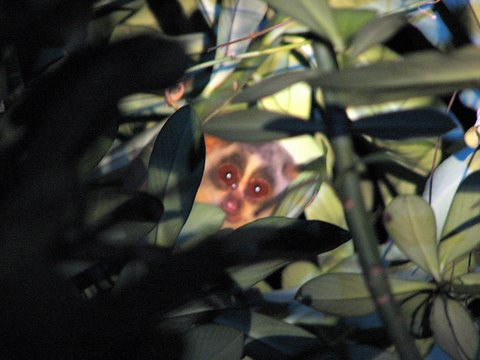 For more photos of the evening,

Gundappa master says that the group has increased in numbers. I will be talking to Ameen Ahmed,of Wildlife And Nature Conservation (WANC) and will find out the facts of this conservation effort.