Since David Frye, of Detroit, Michigan, had contacted Chandu to go to Hoskote, Thomas, his son Aakash, and I also joined in from south Bangalore.

We crossed the K R Puram bridge as dawn was breaking: 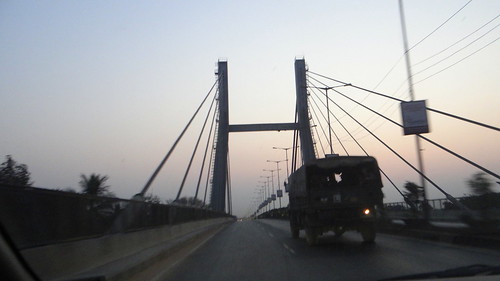 This palm tree was bouncing an orange ball as we reached the lake: 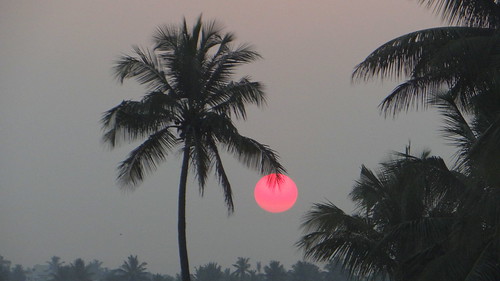 to go to my FaceBook album of photos taken with the Sony,

to go to my FaceBook album of photos taken with the Canon 30D.

I’ll add some photos from the 30D after I upload them to Flickr!