I went with N C Mohan and Raja Bandi to do a recce of the area around his farmhouse, and by sunset, he took us to a point nearby which was called “Bilekkal”. This is a corruption of “Bili Kallu” or white stone… 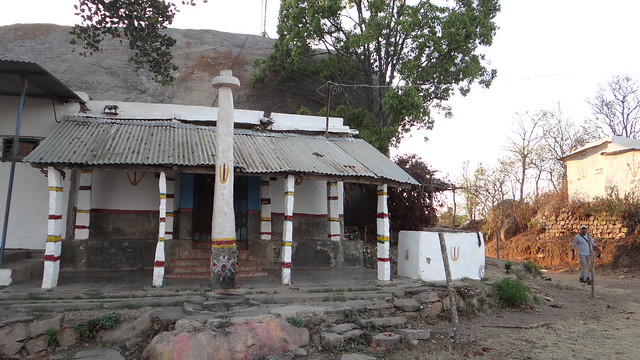 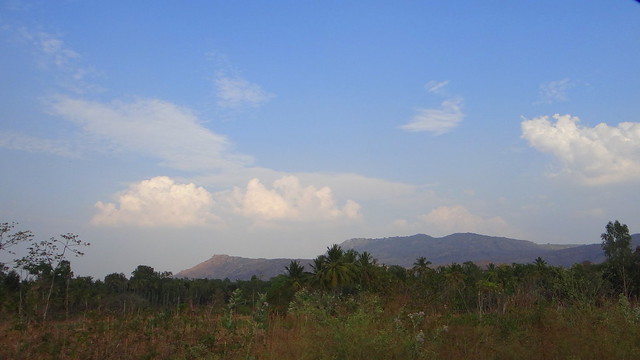 under which a woman is said to have lived and attained salvation, and where a small temple exists today. 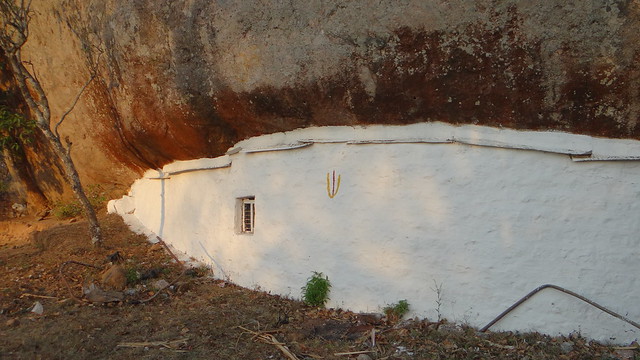 Near the temple, one of the rocks had been painted into an elephant by someone with artistic imagination: 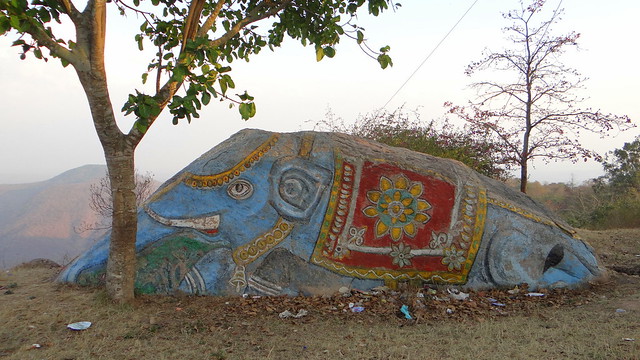 Another view of the Bilekkal Temple: 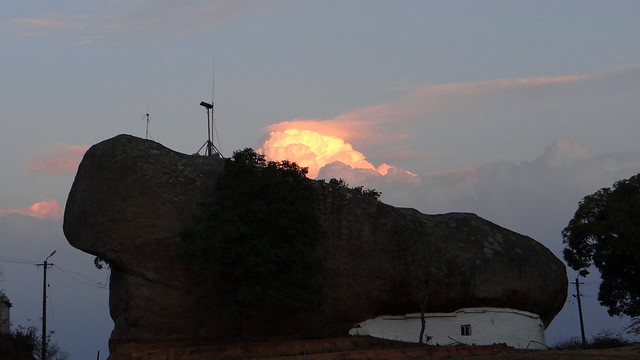 We left after the sun set: 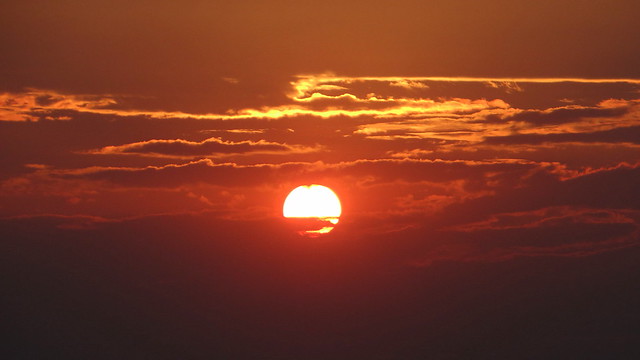