A mushroom is a fun guy

are the fleshy, spore-bearing fruiting body of a fungus, typically produced above ground on soil or on its food source. I’ve been amazed at the variety of mushrooms that, er, mushroom during the monsoons. Here are some:

A group of mushrooms: 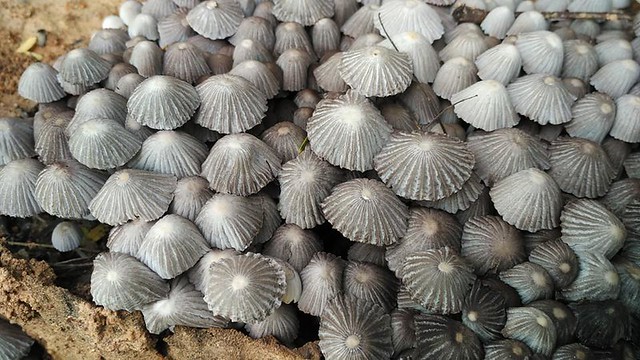 Mushrooms go by different names, such as “bolete”, “puffball”, “stinkhorn”, and “morel”, and gilled mushrooms themselves are often called “agarics”. 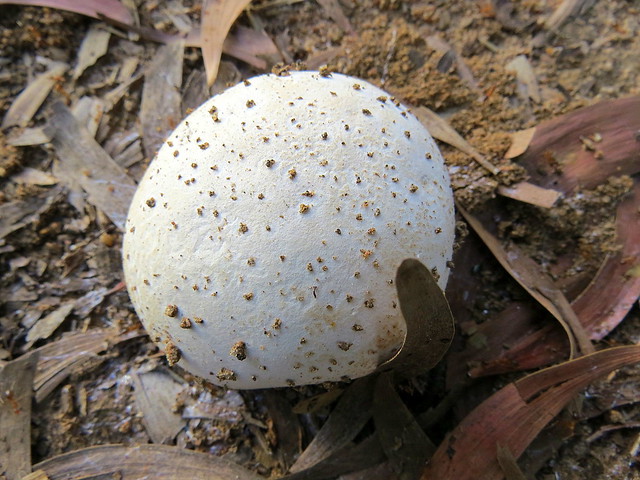 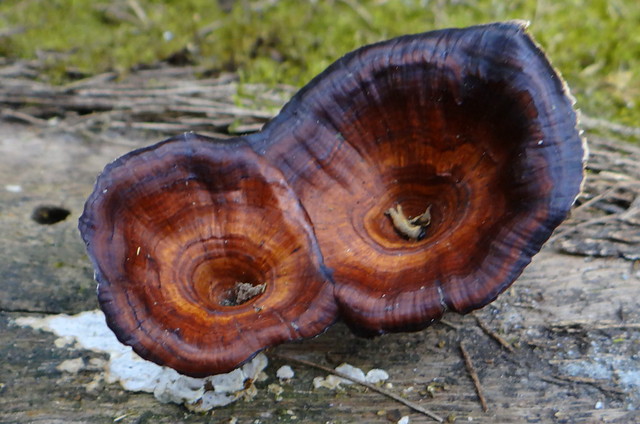 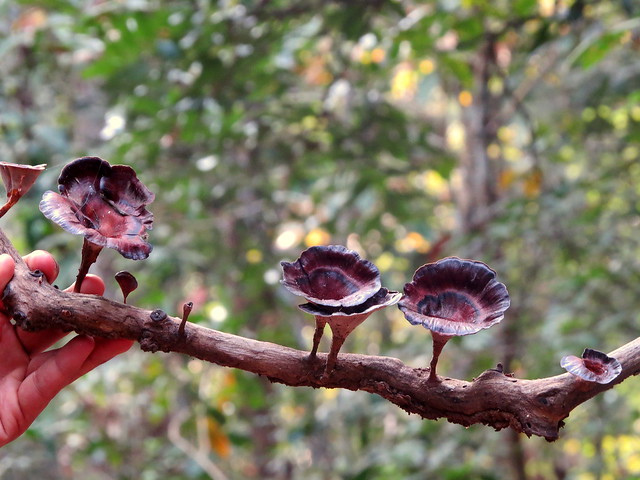 Their spores, called basidiospores, are produced on the gills and fall in a fine rain of powder from under the caps as a result. 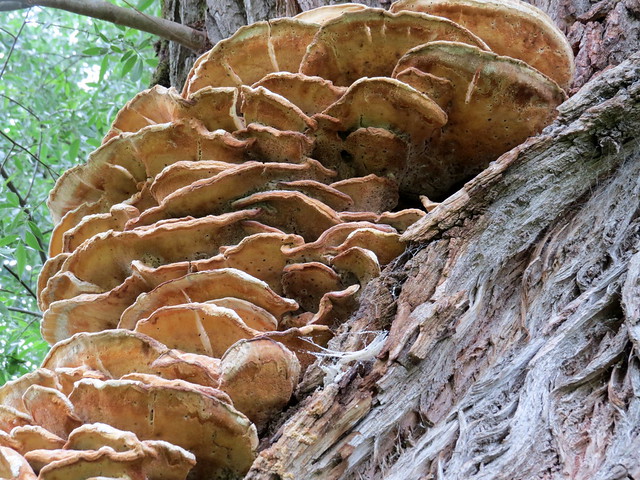 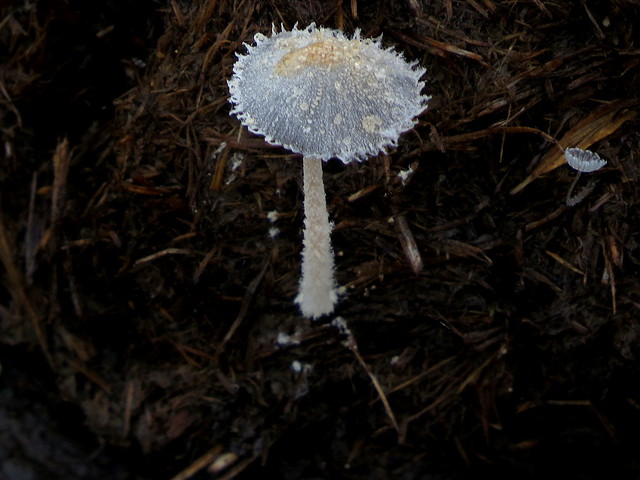 Many species of mushrooms seemingly appear overnight, growing or expanding rapidly. This phenomenon is the source of several common expressions in the English language including “to mushroom” or “mushrooming” (expanding rapidly in size or scope) and “to pop up like a mushroom” (to appear unexpectedly and quickly). In reality all species of mushrooms take several days to form 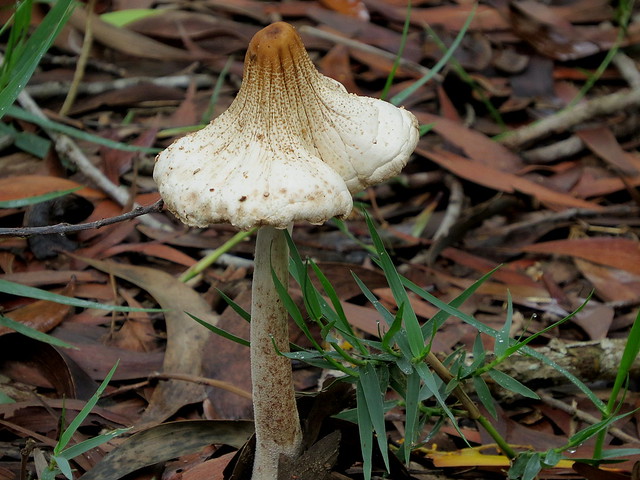 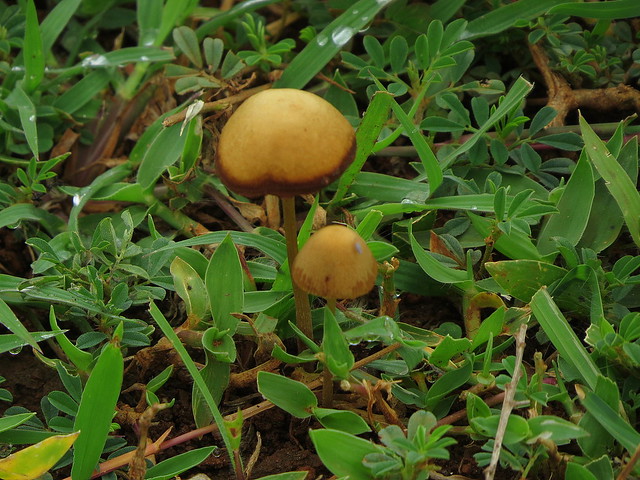 Though mushroom fruiting bodies are short-lived, the underlying network can itself be long-lived and massive. A colony of Armillaria solidipes (formerly known as Armillaria ostoyae) in Malheur National Forest in the United States is estimated to be 2,400 years old, possibly older, and spans an estimated 2,200 acres 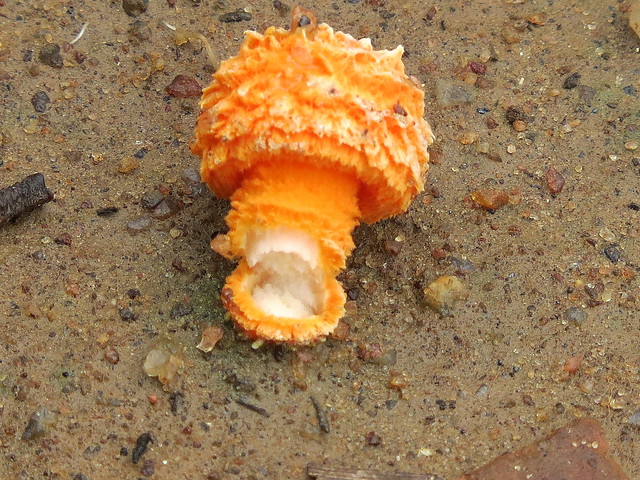 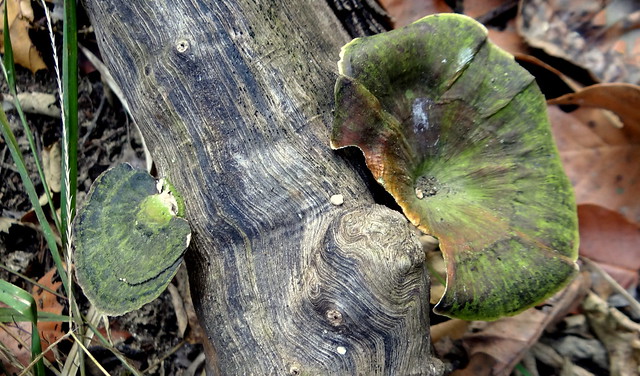 Mushrooms are used extensively in cooking, in many cuisines (notably Chinese, Korean, European, and Japanese). Though neither meat nor vegetable, mushrooms are known as the “meat” of the vegetable world.[21]

Most mushrooms sold in supermarkets have been commercially grown on mushroom farms. The most popular of these, Agaricus bisporus, is considered safe for most people to eat because it is grown in controlled, sterilized environments. Several varieties of these are grown commercially, including whites, crimini, and portobello. Other cultivated species available at many grocers include Hericium erinaceus, shiitake, maitake (hen-of-the-woods), 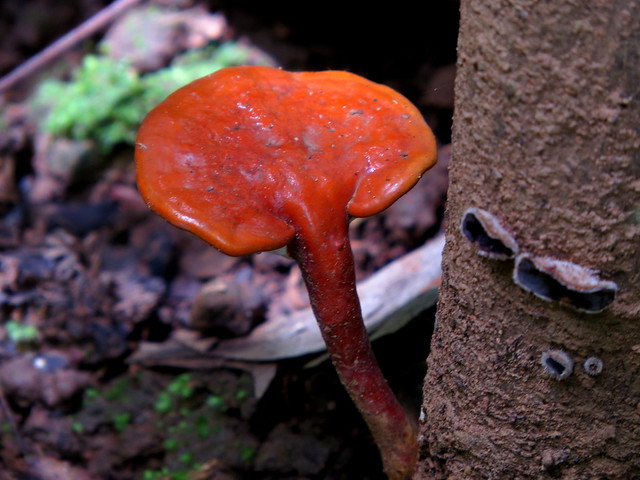 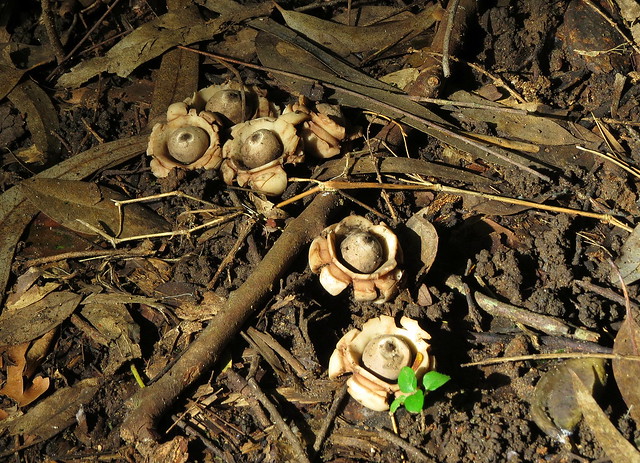 People who collect mushrooms for consumption are known as mycophagists, collecting them is known as mushroom hunting, or simply “mushrooming”. 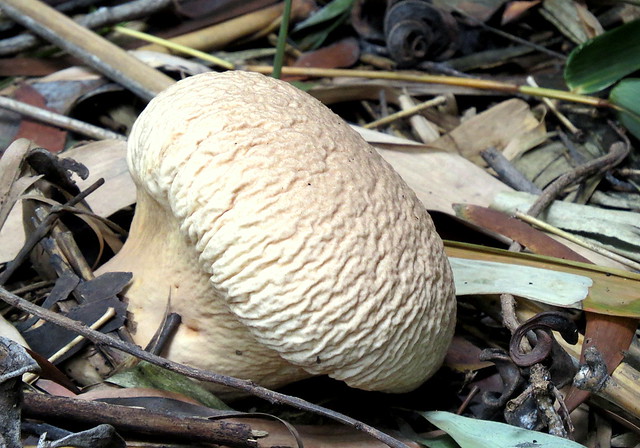 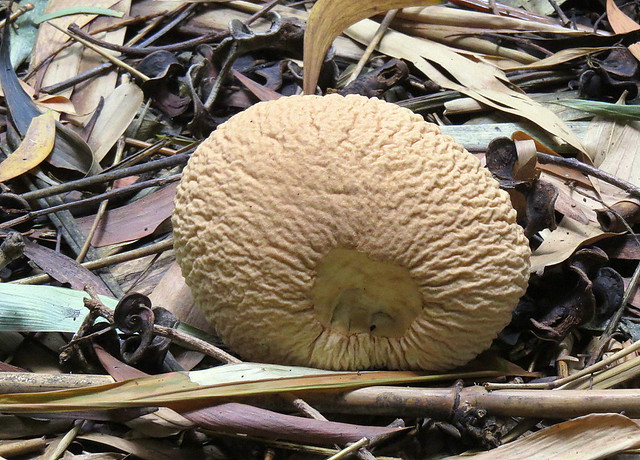 This one was more than 6 inches in diameter: 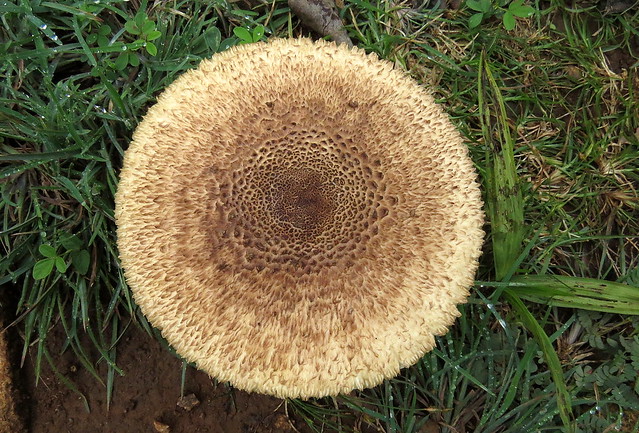 You can see the human foot for reference: 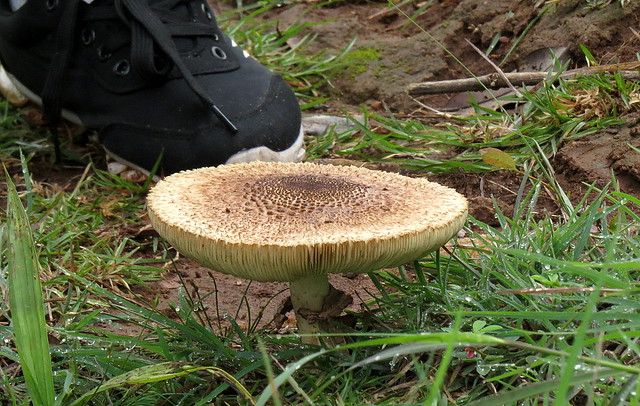 More generally, and particularly with gilled mushrooms, separating edible from poisonous species requires meticulous attention to detail; there is no single trait by which all toxic mushrooms can be identified, nor one by which all edible mushrooms can be identified. Additionally, even edible mushrooms may produce allergic reactions in susceptible individuals, from a mild asthmatic response to severe anaphylactic shock. 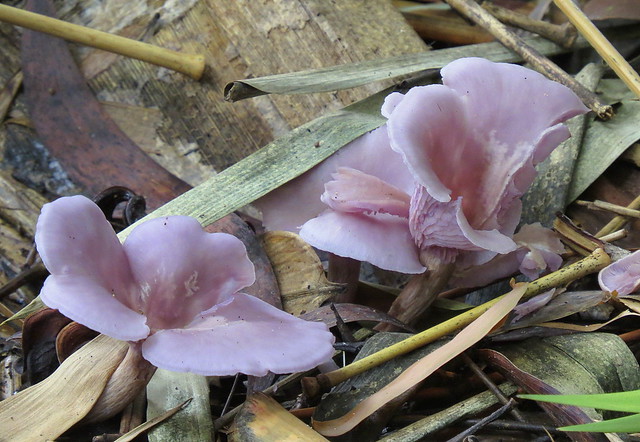 Mushrooms with psychoactive properties have long played a role in various native medicine traditions in cultures all around the world. They have been used as sacrament in rituals aimed at mental and physical healing, and to facilitate visionary states. One such ritual is the velada ceremony. A practitioner of traditional mushroom use is the shaman or curandera.Mushrooms can be used for dyeing wool and other natural fibers, too. 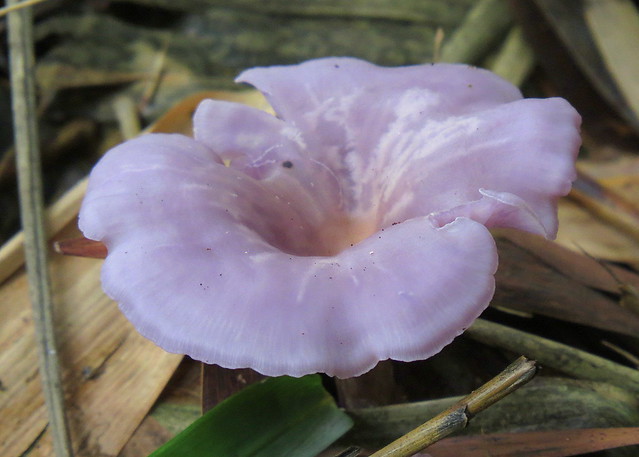 But of course, the best use of mushrooms, for me, is as food! Here’s one of the eateries around Hessarghatta, which specializes in mushroom (khumbh) dishses: 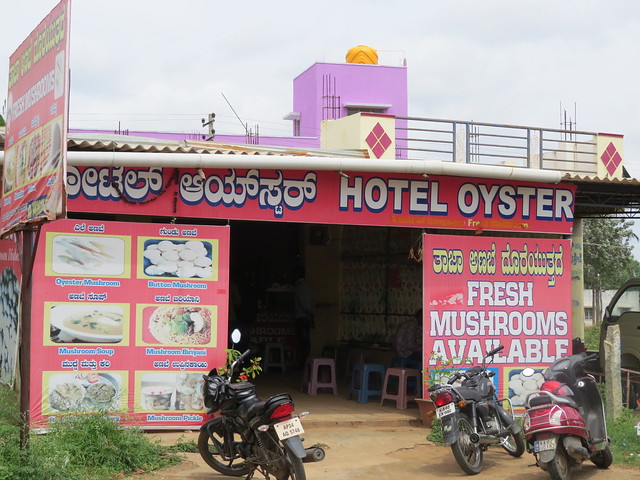 Here’s a mushroom dish at the eatery: 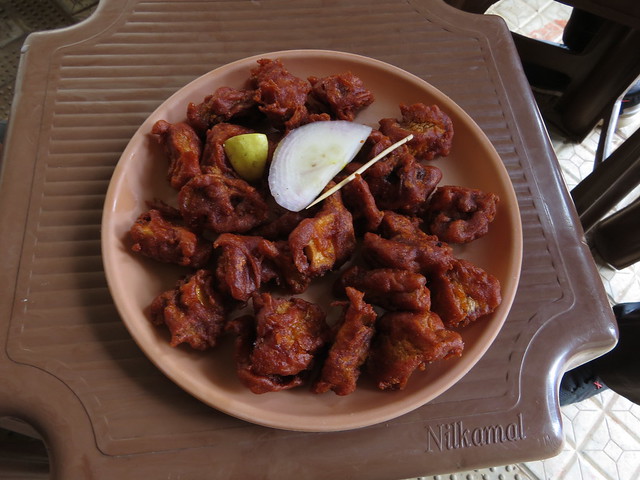 A most interesting and complex organism…that’s why I say that a mushroom is an example of a “fun guy”! 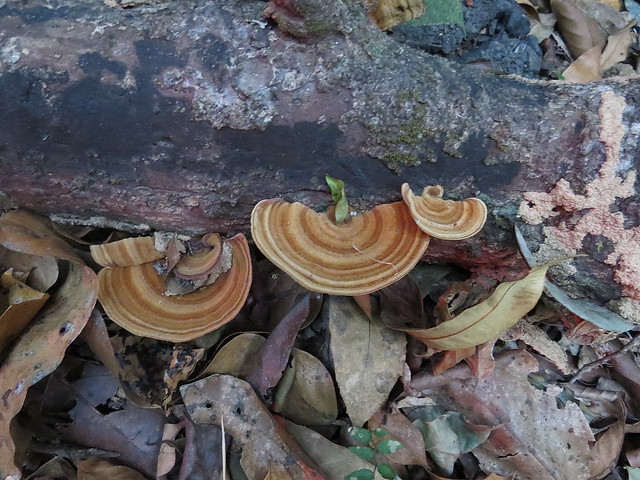 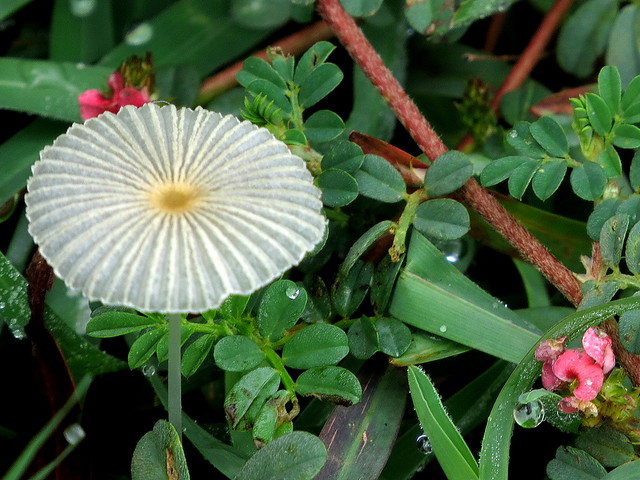